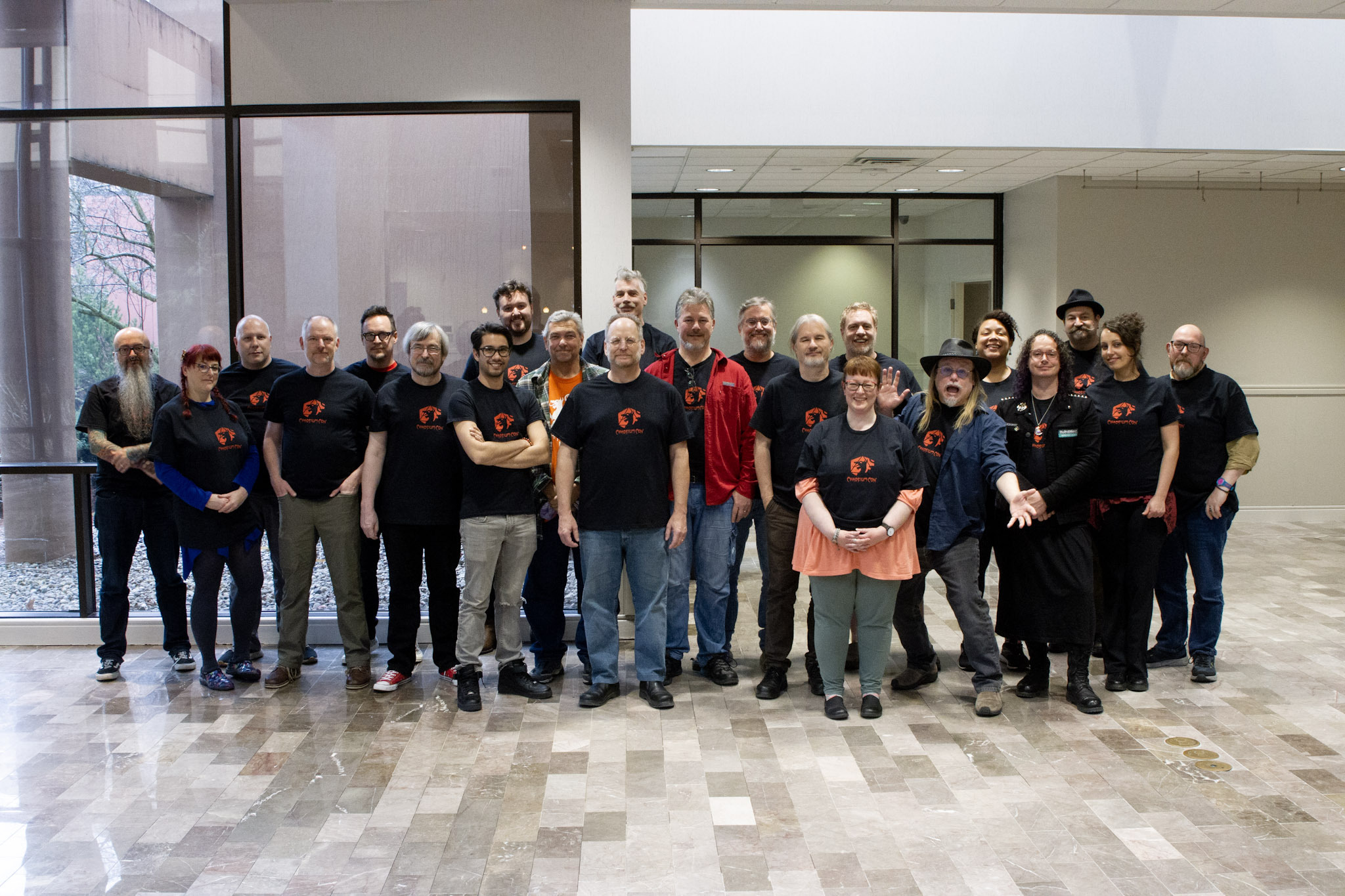 The Return of the Great Old Ones…

In early 2015, the Great Old Ones returned. Greg Stafford, founder of Chaosium and creative force during its heyday, and Sandy Petersen, world renowned game designer who brought Cthulhu into the light three decades ago, returned to take active control of the company. 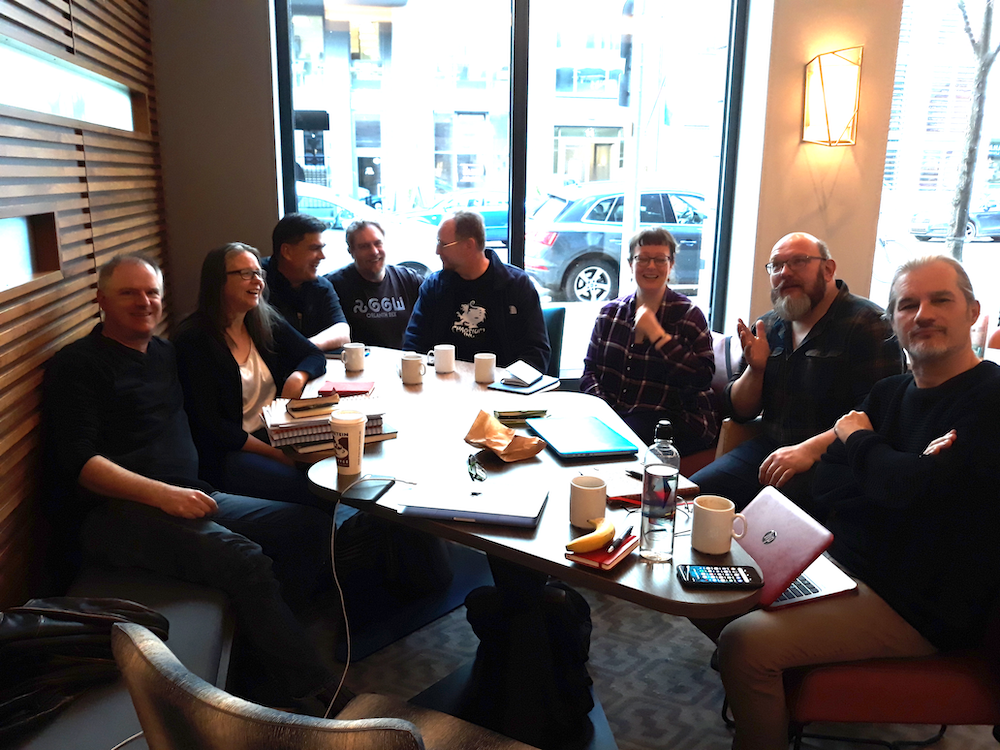 Greg Stafford served as chair of the company board and creative consultant until his passing in October 2018.

Since retiring from the board in 2019 Sandy has done occasional freelance work for us, as did original RuneQuest creator Steve Perrin until his passing in 2021.

The Sun Never Rises on Chaosium

With its headquarters in Ann Arbor Michigan, Chaosium is a company of creative professionals working in locations around the globe, including the United States, Australia, Germany, Spain, Poland, France, and the UK. Although the "sun never rises on Chaosium", some or all of the team gets together at various times of the year: for example, the March 2019 Berlin summit, seen here, or the summit we held before Chaosium Con in April 2022, shown at the top of the page.

While Greg Stafford himself has been described as "one of the most decorated game designers of all time" and "the grand shaman of gaming", many other notable game designers have written material for Chaosium. These include David Conyers, Matthew Costello, Larry Ditillio, Paul Fricker, David A. Hargrave, Rob Heinsoo, Keith Herber, Jennell Jaquays, Katharine Kerr, Reiner Knizia, Charlie Krank, Robin Laws, Penelope Love, Mark Morrison, Steve Perrin, Sandy Petersen, Ken Rolston, Ken St. Andre, Jonathan Tweet, and Lynn Willis, among others. One of the very first RPGs by a female lead designer was published by Chaosium—Kerie Campbell-Robson’s Hawkmoon (1986). LinkedIn founder Reid Hoffman's first paid job was as an editor at Chaosium, when he was 12 years old.

Work on a new edition of Call of Cthulhu began in 2013 under line editor Mike Mason, and its release in 2016 rejuvenated the line, winning nine out of the ten ENNIE awards it was nominated for in 2017.
Chaosium began as a board game publisher, and in 2017 returned to producing board games again after a twenty year hiatus, winning multiple ENnie awards with our first two releases.
In 2018, the King Arthur Pendragon RPG returned to Chaosium ownership.
In 2019, Chaosium acquired the critically acclaimed 7th Sea RPG, and 7th Sea creator John Wick joined the company.
In October 2021 Moon Design Publications announced a partnership with European game publisher Black Monk Games, based in Poznań, Poland. A new company, The Chaosium Group, is being formed to manage the joint assets of Moon Design Publications and Black Monk. 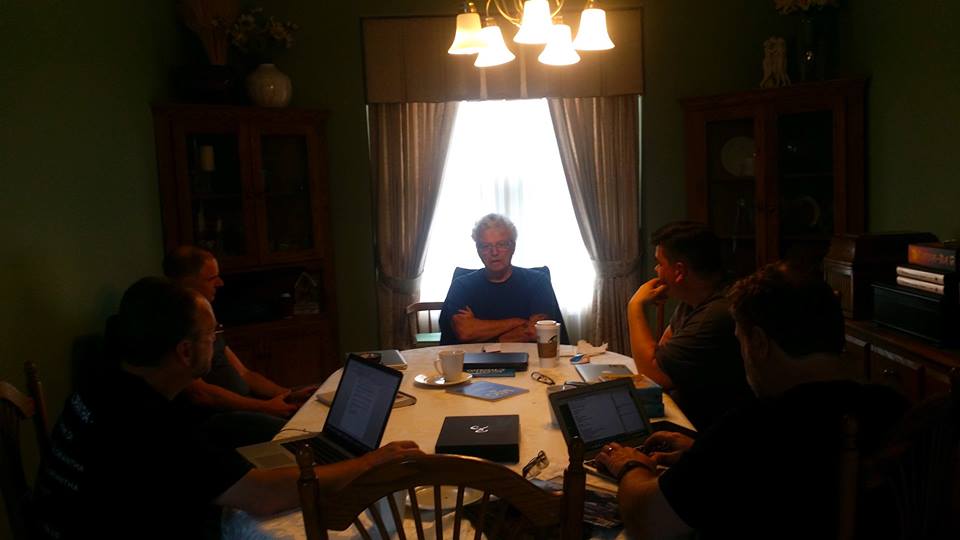 The Chairman of the Board and his loyal officers (2016). If only the table was round. Vale Greg Stafford.