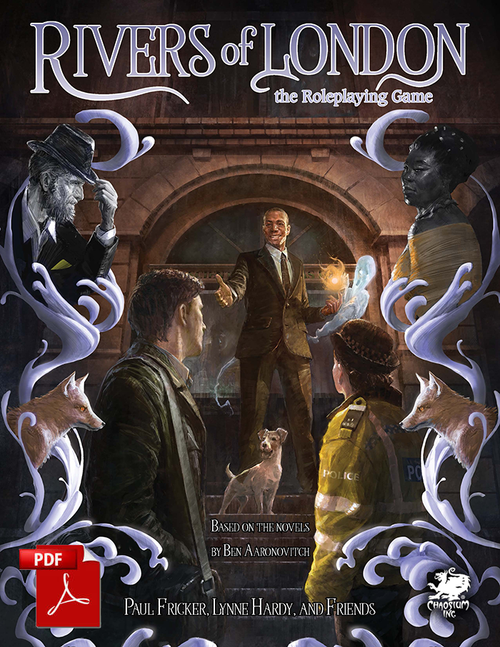 Magic has returned to our world

“I think becoming a wizard is about discovering what's real and what isn't.”

In Rivers of London: the Roleplaying Game, players take on the roles of newly recruited members of the London Metropolitan Police Service’s special magic branch, aka “the Folly.” You will solve mysteries, catch criminals, and come to grips with the “demi-monde”—those who have been irreversibly changed by magic. 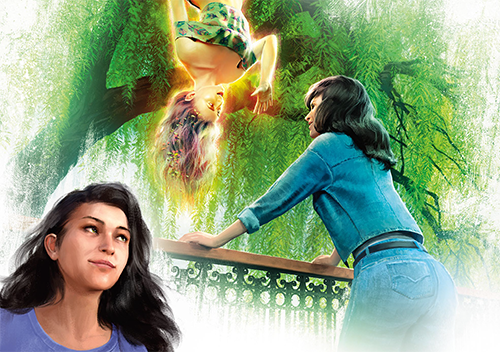 The Rivers of London: the Roleplaying Game core book contains everything you need to start exploring Ben Aaronovitch's magical version of London.

The World at your Fingertips 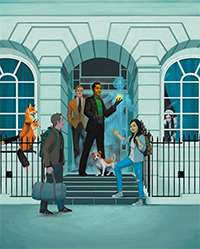 This single, epic volume is for both players and Game Moderators alike! The tome comprises all the rules you need for fully-fledged Rivers of London campaigns.

Build your group of freshly-recruited officers of the Folly with character creation, expand and grow those characters with the complete rules for character advancement, and enjoy extensive advice for running tabletop RPGs—and Rivers of London specifically—provided for the Game Moderator. 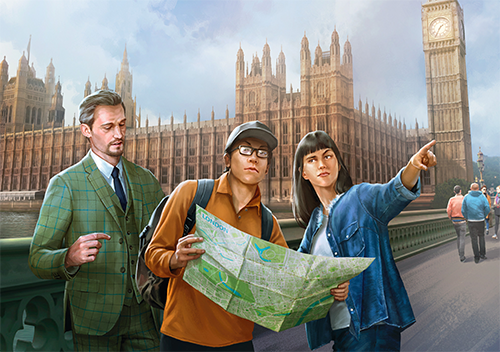 Learn to Play by Playing 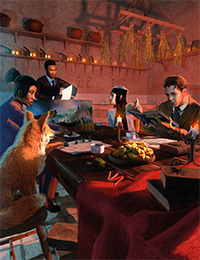 Explore a magical mystery in London, and learn the rules of the game as you play! The solo adventure, based on the short story “The Domestic,” is designed to introduce a player to the world of Rivers of London and the mechanics of the game.

Also included is “The Bookshop”—a standalone adventure designed for a first-time group of players. 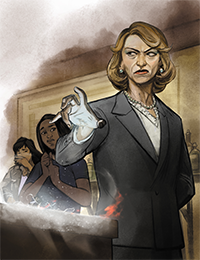 Rivers of London: the Roleplaying Game includes setting information and history, and the wondrous details of how the “Newtonian” magic system works. The book also contains a full list of spells derived from those found in the novels of Ben Aaronovitch.

To give both players and Game Moderators the best sense of the setting and role of their characters, special attention is paid to detailing how police work in London, and how criminal investigations are carried out. 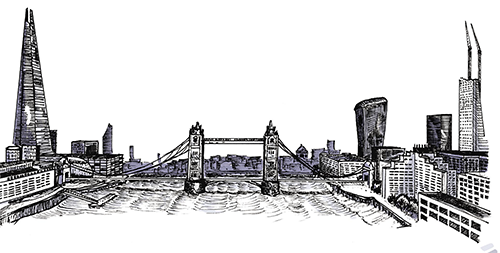 Do you play Call of Cthulhu?

Rivers of London: the Roleplaying Game is based off the award-winning Basic Roleplaying System used in Call of Cthulhu, RuneQuest and many other games.

If you are familiar with the core mechanics from Call of Cthulhu like rolling D100s, using Luck, and getting Hard Successes, then you’ll pick up Rivers of London: the Roleplaying Game in no time!.

What is Rivers of London?

Rivers of London by Ben Aaronovitch is the first novel in the long-running series of urban fantasy novels, that focuses on the Officers of the Folly as they explore the magic-tainted city of London, and solve intricate, arcing mysteries.

You can buy Rivers of London and other novels from Ben Aaronovitch’s webstore, on Kindle and Kobo eReaders, and from all good bookshops.

Rivers of London, including all distinctive characters and locations © 2011–2022 Ben Aaronovitch. Used with permission.

A Time to Harvest - Hardcover