It is a huge relief that the response has been so enthusiastic about what we’ve revealed about the RuneQuest Starter Set so far. Here we’d like to give the gamemaster a preview of what’s inside the fourth book, the Adventures booklet. And in our next Design Diary we'll discuss how the Adventures booklet might be used as the basis of further adventures beyond those in the RuneQuest Starter Set itself.

A Focus on the Familiar

From the get-go, the approach to this product was to make Glorantha and RuneQuest accessible. The first half of Book 2: The World of Glorantha, pages 2–22, covers enough detail about Glorantha to get budding RuneQuest players excited to feel comfortable playing or running games there; four of those pages are taken up by two full-page pieces of art and a two-page map! Most of the book describes Jonstown, a wonderful starting location for adventures and a home base for the adventurers themselves. That book is discussed in more detail in Design Diary #5.

Book Four: Adventurers is a robust 80-pages, starting with three full-length ready-to-play adventures. A short introduction briefs the gamemaster on how to start a game and get the players ready for what might be their first experience in Glorantha. 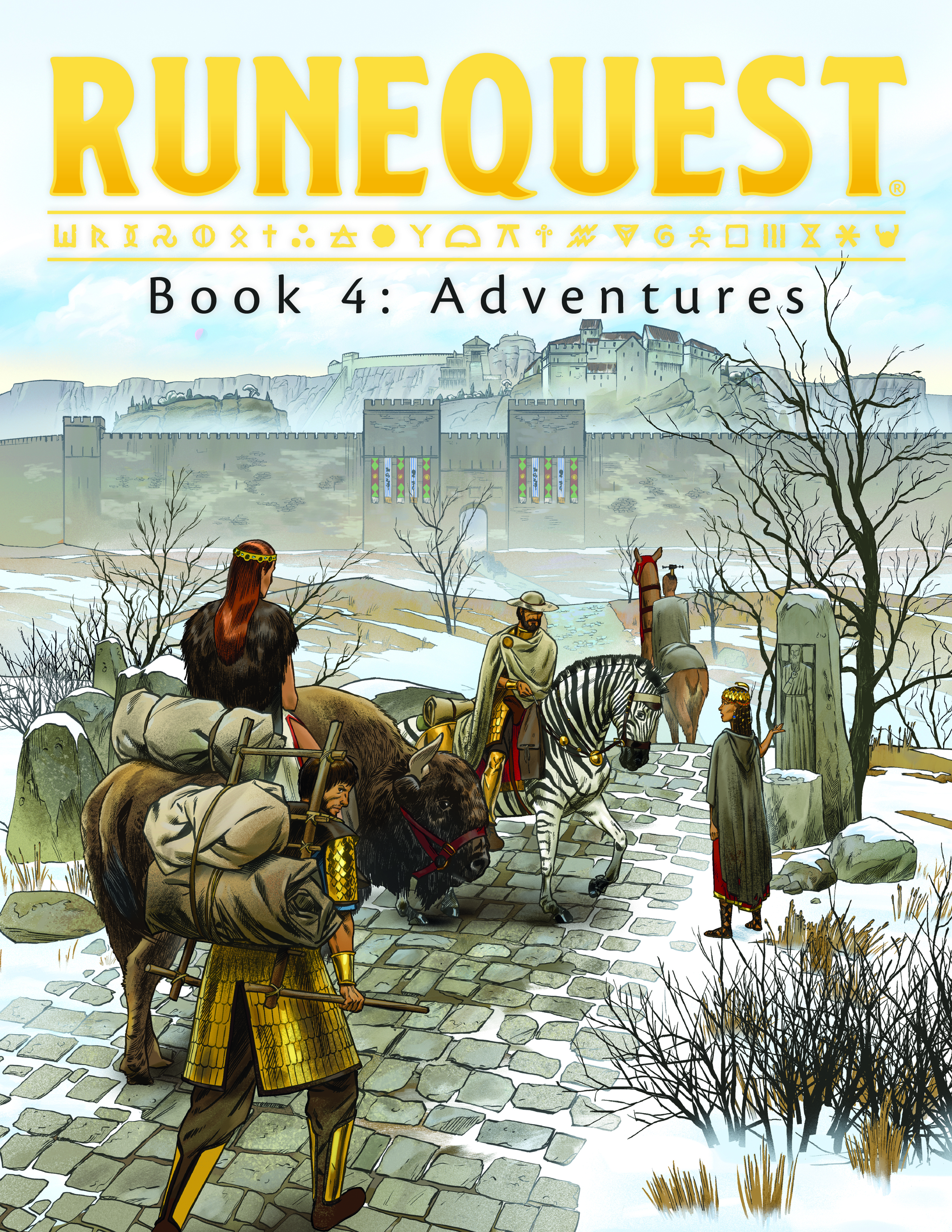 Sidebars cover topics to assist the gamemaster and sections covering rules relevant to a particular section of the adventure, such as:

The first adventure, A Rough Landing, takes place shortly after the events in Book 3: SoloQuest, the pivotal battle of Dangerford. At the beginning of the adventure, the adventurers are just arriving in Jonstown seeking a place to sleep for the night. Naturally, things get more complicated than that!

A Fire in the Darkness, the second adventure, pits the adventurers against a mysterious enemy. It is an investigative scenario, and the adventurers will suffer dearly if they leap to the wrong conclusion about the ultimate threat they face.

The third adventure is a revision of the classic RuneQuest scenario, The Rainbow Mounds, set in the hills a short way from Jonstown. A recent problem has emerged and the adventurers are asked to deal with it. Even those familiar with the original scenario may find that things are not as they expect.

Between these three adventures, Gamemasters and players will have many hours of enjoyment and should be ready to continue their adventuring in Glorantha. 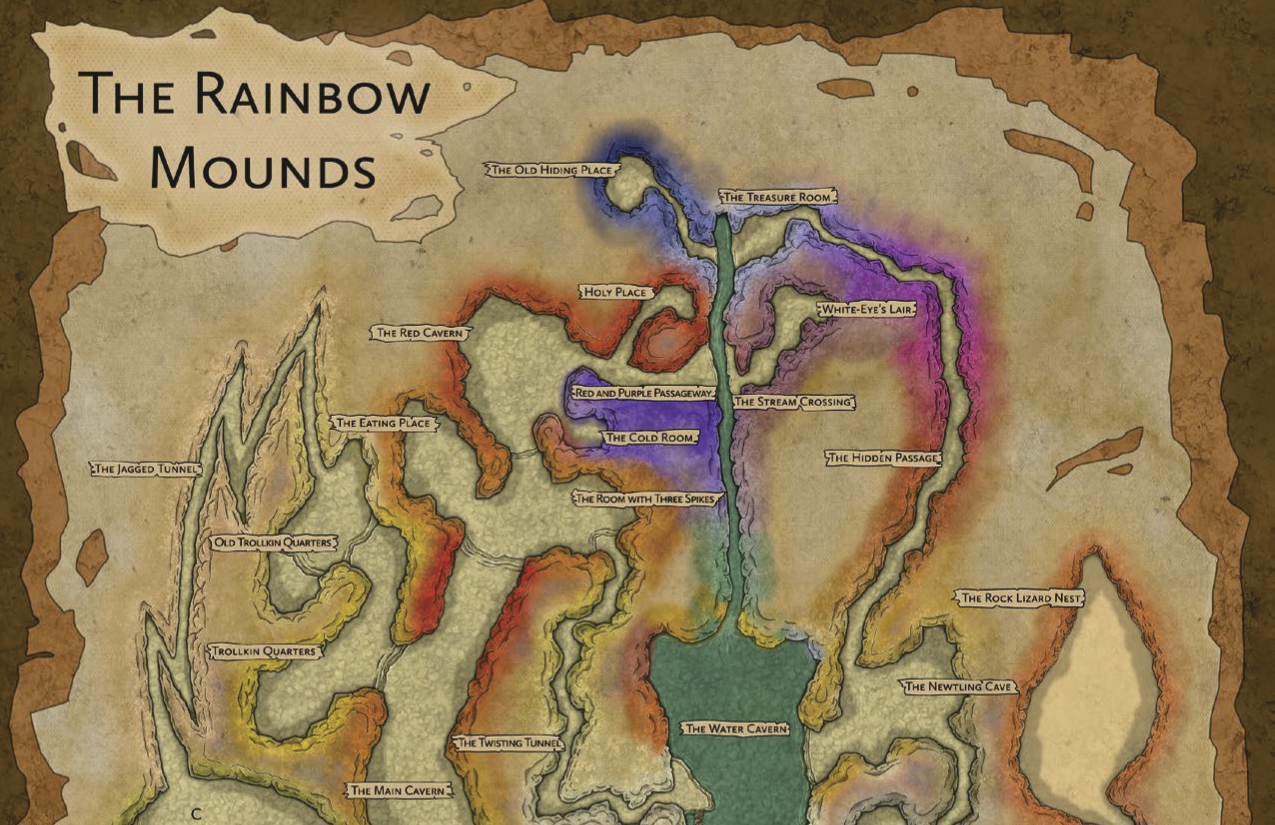