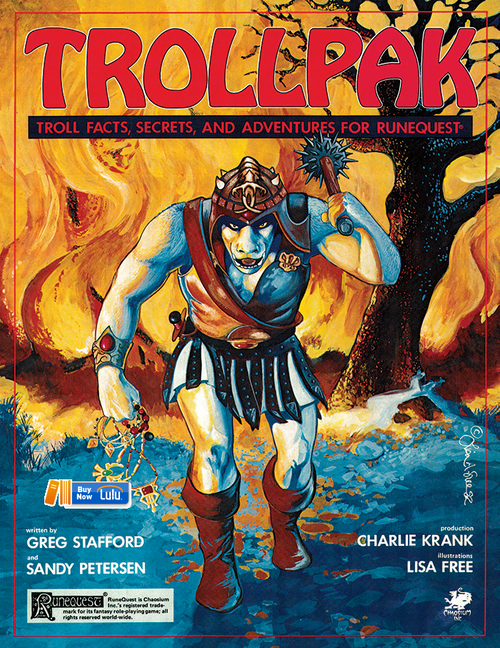 It's good to be Uz

"Well, Gort, they're finally telling about us trolls the way Uz really are!"

"It makes me proud, Basher! Sure us Uz is tough, and smart, and cultured, but we is also reverent, and decent, and we're good to children who deserve it."

"We always eat our vegetables, too."

"Us trolls is the greatest race. It's important to keep fit."

"And 200 pages of text, handouts, and scenarios, and more than 40 maps, charts, and diagrams. Everything anybody would like to know more about us."

"Only an egghead or an elf could want more." 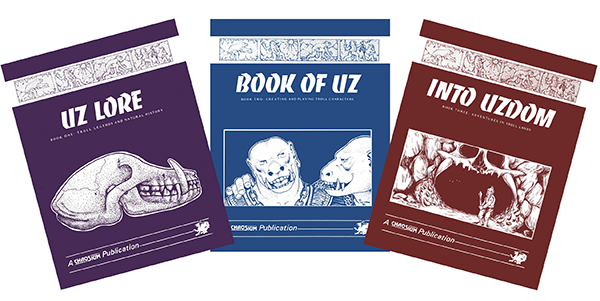 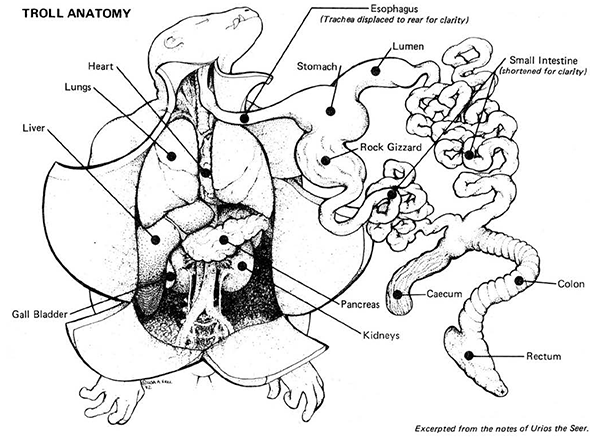 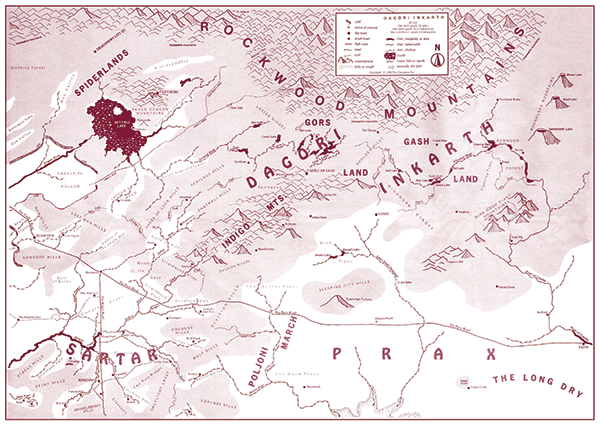