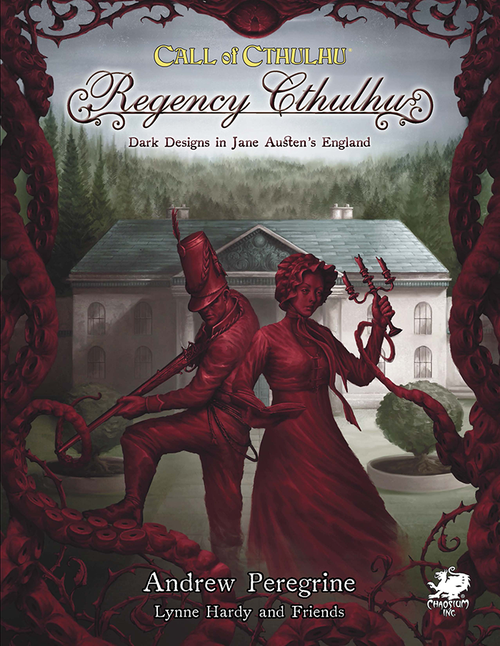 Regency England: a time of social niceties, grand balls, romantic intrigues, and disappointments—as described in the novels of Jane Austen. Through the lens of the Cthulhu Mythos, horrors weave themselves into the hearts of everyday Georgians—from the richest to the poorest.

Regency Cthulhu: Dark Designs in Jane Austen’s England is a historical sourcebook for Call of Cthulhu.

The Regency Era Come To Life 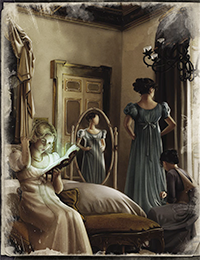 Details and history of Regency-era England (1811-1820), that help bring this unique period to life at your tabletop. Included are new rules for creating special, Regency-era Investigators, along with new skills and occupations unique to this slice of history.

Explore the Regency-era with the new mechanic: Reputation. Measure the standing of your Investigator amongst others in high society, and watch it rise and fall as you play! 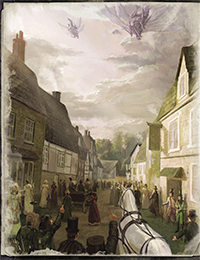 Uncover the dark secrets at the heart of the town of Tarryford: twisted horrors that have lain dormant for centuries now seek to burst forth into England. A detailed primer on Tarryford gives a beginning or seasoned Keeper everything they need to use the town as a setting for their Call of Cthulhu games in both 1813 and 1913. 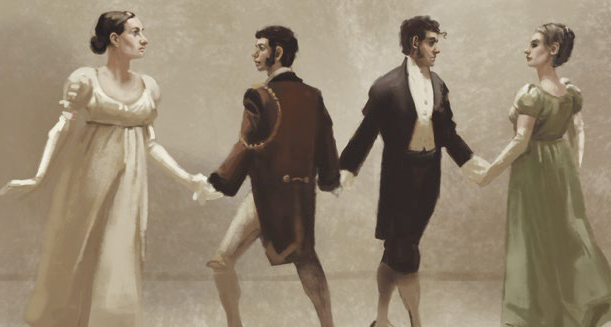 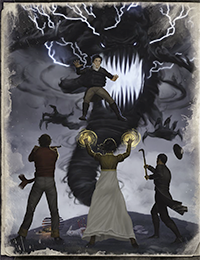 Two scenarios designed to introduce players to the Regency-era take place in the town of Tarryford in the year 1813. The scenarios can be linked together, played as one-shots, or used as the foundation for a Regency-era campaign of your own design. Also included are detailed maps and player handouts, as well as 6 pre-generated Call of Cthulhu Investigators, and 6 Pulp Cthulhu Investigators. 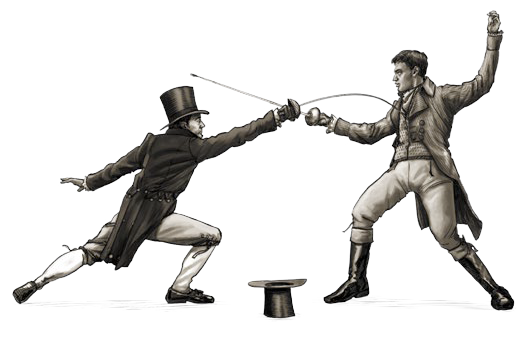 A Time to Harvest - Hardcover

The Children of Fear - Hardcover