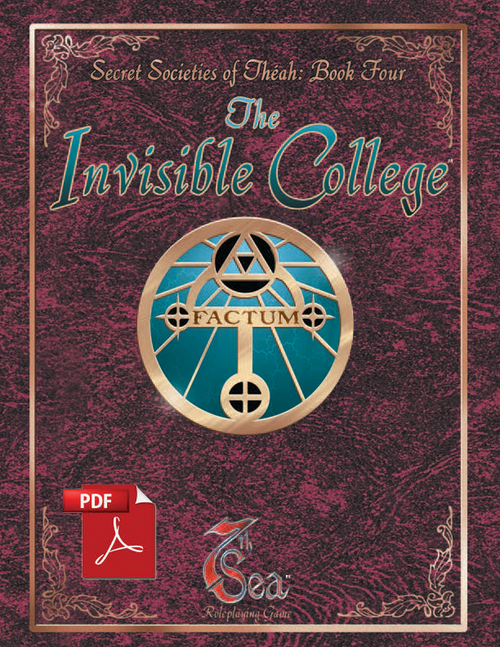 “Theus created the world and left it to us to discover. Do you think the proclamations of a few torch-wielding fanatics can change that?”

The Inquisition has launched a war against learning. All across Théah, it hunts down scholars with ruthless abandon, burning and destroying anything it perceives as a threat. Decades of advancement have vanished in a single bonfire, while brilliant men and women are murdered in the night for daring to speak the truth.

But some fight back.

From a thousand hiding places, the Invisible College continues its forbidden studies. Separated by vast distances, ensconced in the deepest hiding places, its members continue the struggle for learning and enlightenment. From their experiments, Théan science advances. From their teachings, countless mysteries have been solved. From their courage and daring, the people understand the world around them… and learn that tyranny can be defied. The Inquisitors believe they hold the keys to human knowledge; the Invisible College is here to prove them wrong. 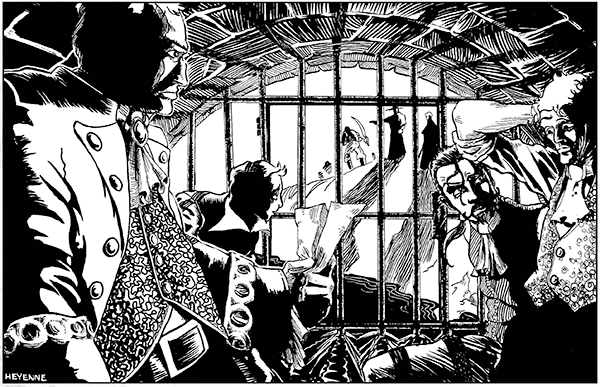