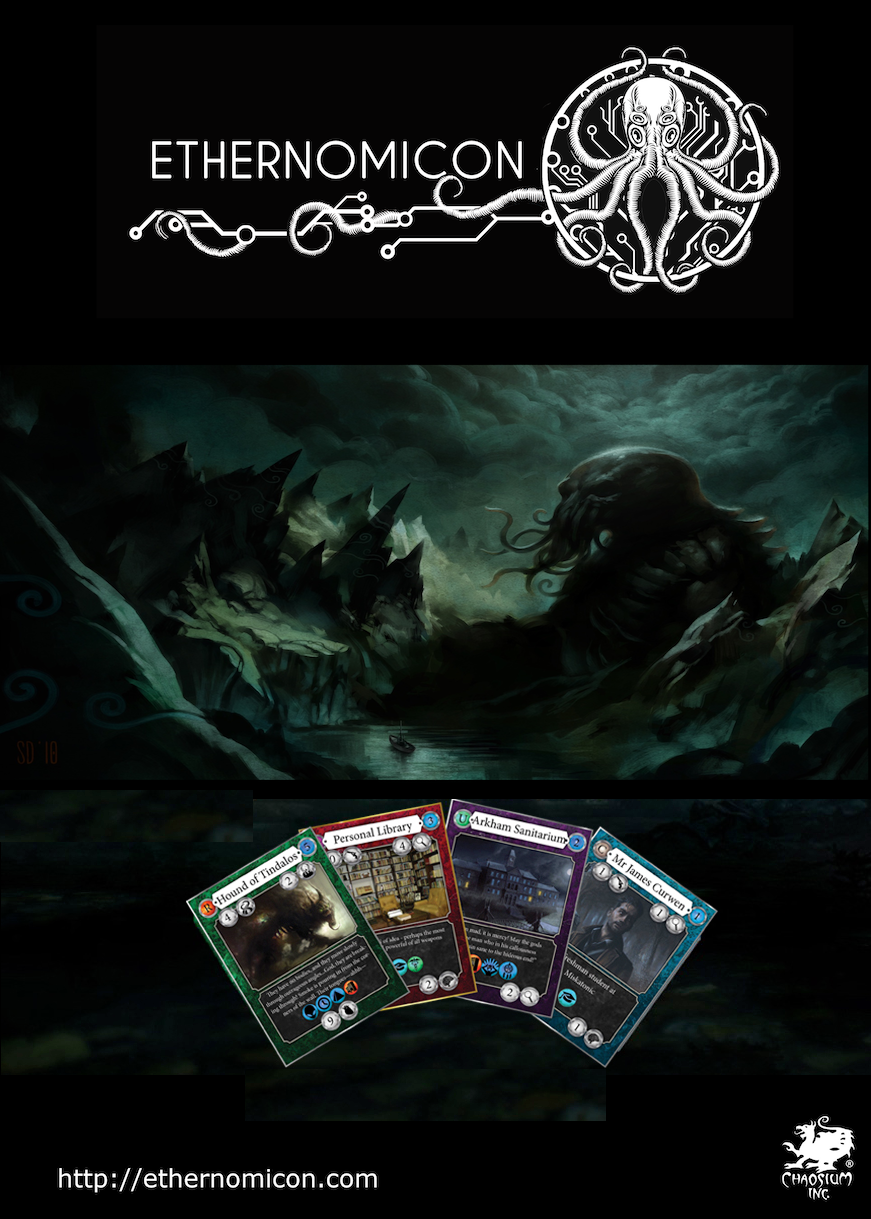 The crowdfunding campaign for the Call of Cthulhu mythos-based Ethernomicon collectable card game draws closer to the appointed time! Combining exciting gameplay with visually stunning artwork, the physical manifestation of the Call of Cthulhu game destined for play on the blockchain is shambling forwards...

Ethernomicon has been developed by a team of recent Software Engineering grads from MU*, and they've been pleased to share updates on the card designs on Facebook and Twitter, and report that they have finished some test runs with their printer to ensure the quality of the cards is up to scratch. They say they are very pleased - possibly too pleased - with the dark, almost nacreous feel of what has been produced.

Gameplay in Ethernomicon involves investigators tackling increasingly dangerous locations as the mysteries of the Cthulhu Mythos lead them on a slippery path from mundanity to insanity. Creatures range from cultists and witches through to deep ones and gugs, and even some of the Great Old Ones themselves make an appearance at the end.

The grads are finishing working out the details of an 'at-cost' starter pack for the physical collectable card game, and the initial set of downloadable card images has been finalised. The Kickstarter will launch in a few weeks, with 'starter pack' cards being available immediately for download and printing. From there, the next step is replicating the experience on the Blockchain* itself!

*MU is Monash University, one of Australia’s leading universities, ranking among the world’s top 100.

**The blockchain is a digital ledger in which transactions made in cryptocurrencies are recorded chronologically and publicly. Blockchain gaming applications are a very recent development.