Chaosium is coming to Dragonmeet in London this December! Come see us at the Novotel Hammersmith on Saturday 3rd December.

In the Trade Hall hall we'll have a wide selection of Chaosium releases on offer including Cults of Cthulhu, A Time to Harvest, the Call of Cthulhu Keeper Tips book, Regency Cthulhu, RuneQuest: Weapons and Equipment, and more!

The Dragonmeet Gaming Schedule is up: there are sessions of Call of Cthulhu and RuneQuest available! 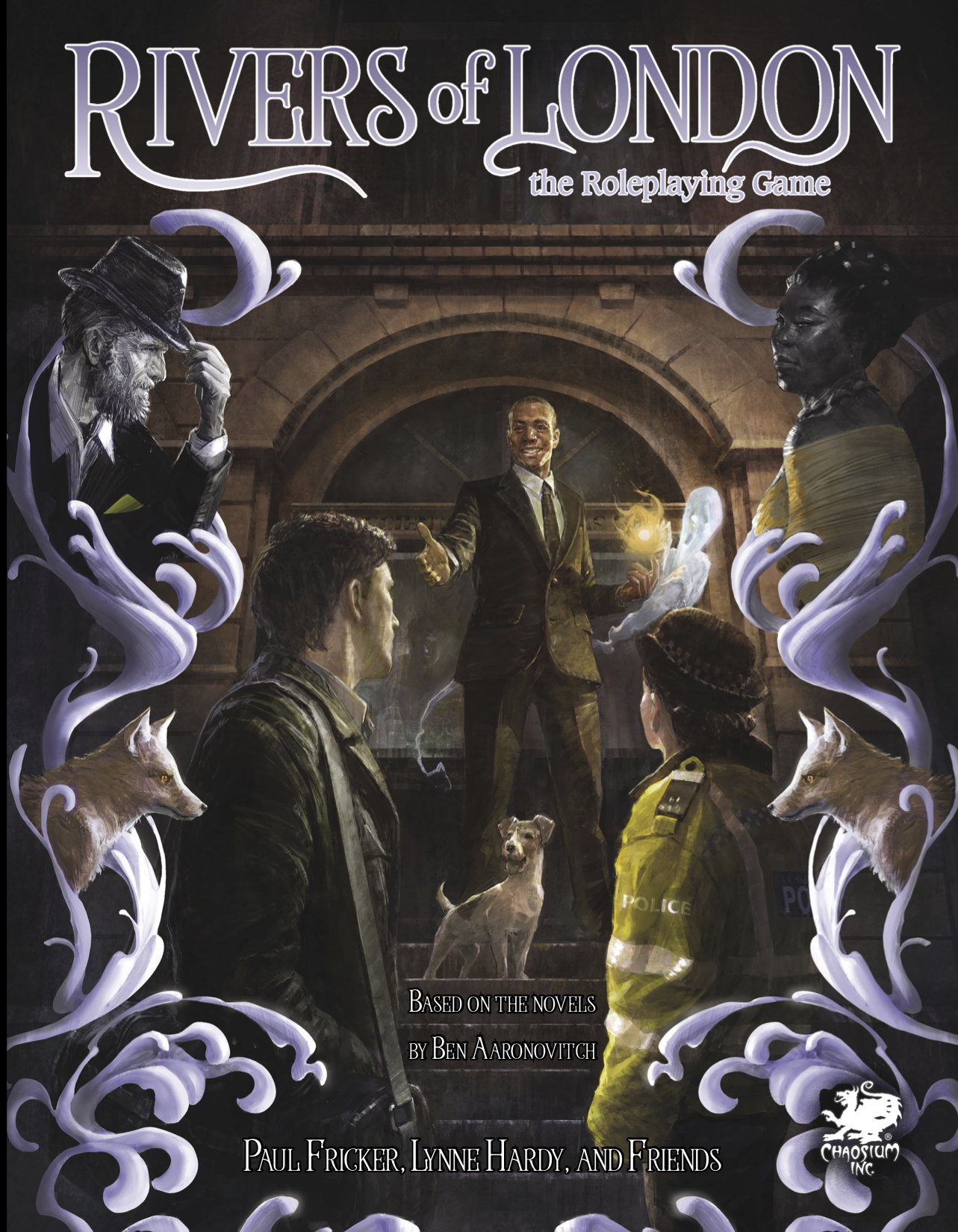 Rivers of London: the Roleplaying Game is based on the hugely successful series of novels by Ben Aaronovitch, and where better for its official launch than London itself?

Join Rivers of London creator Ben Aaronovitch, and Chaosium's Paul Fricker, Lynne Hardy, Mike Mason, and Michael O'Brien for the official launch of Rivers of London: the RPG. See this eagerly awaited game for the first time, and hear about its genesis and development from Ben and the Chaosium creative leads for the project.

We'll also announce what is further in store for the Rivers of London RPG line.

Chaosium is proud to be an associate sponsor of Dragonmeet.