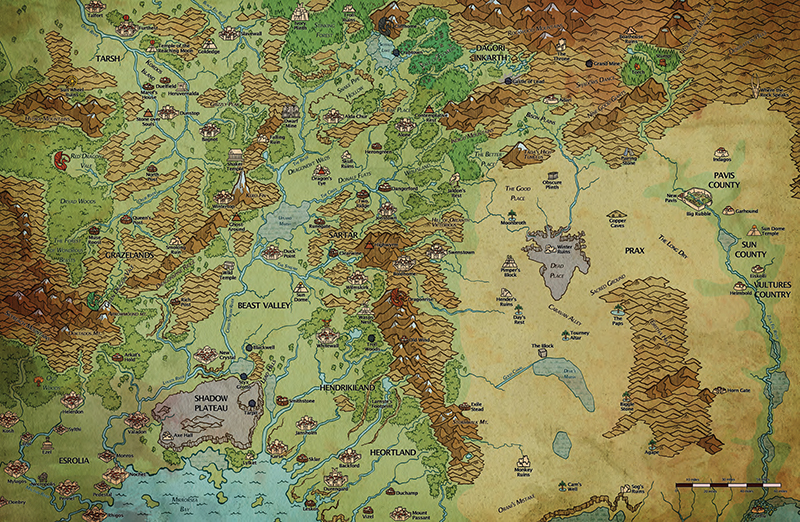 The RuneQuest Starter Set is the perfect way to begin your journey into the mythic roleplaying with RuneQuest. 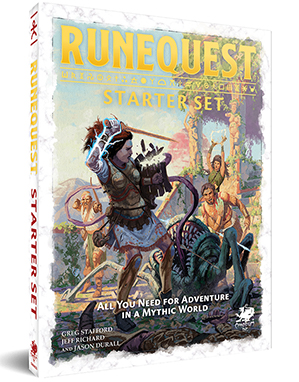 In the box you get:

So what are you waiting for? Experience RuneQuest today! 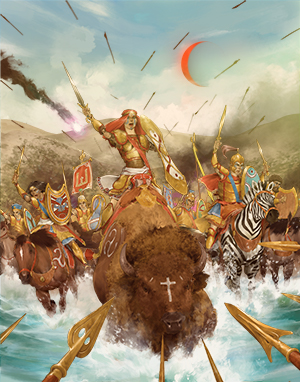 The SoloQuest The Battle of Dangerford is included in RuneQuest Starter Set. It walks you through how to play RuneQuest as you run Vasana, a powerful bison-riding warrior who faces the invading Lunar Army! We have created an online version that you can easily play without needing to know anything about RuneQuest or Glorantha. 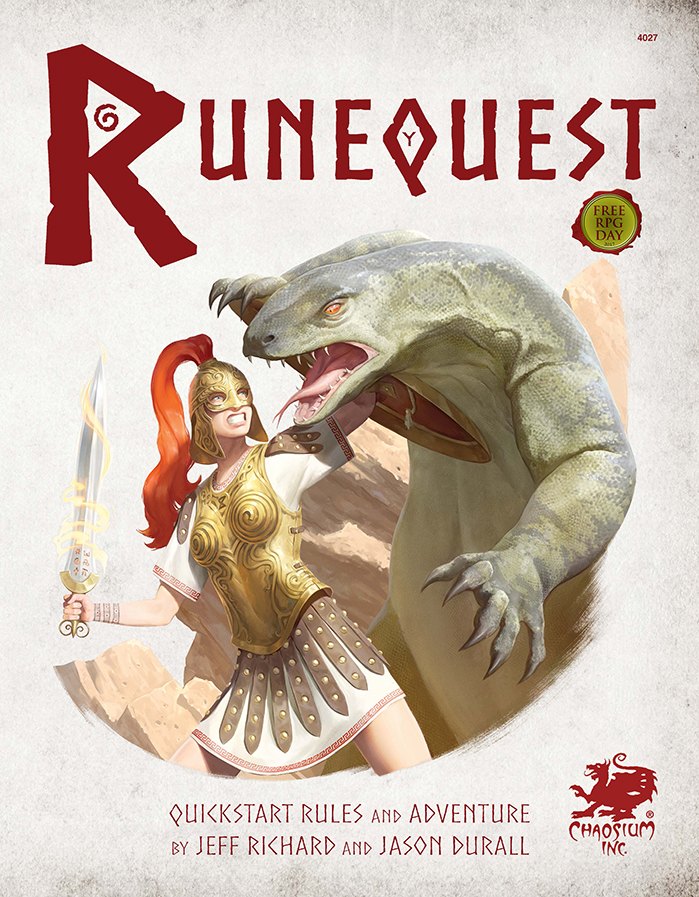