MOB: OK, now this is cool: I was handing over the advance copy of the RuneQuest Starter Set I'd recently received to my colleagues David and Jim of the Stream of Chaos. They are going to make the Chaosium Unveiled video for it. And look what we discovered happens when you line up all the back covers of the booklets within... 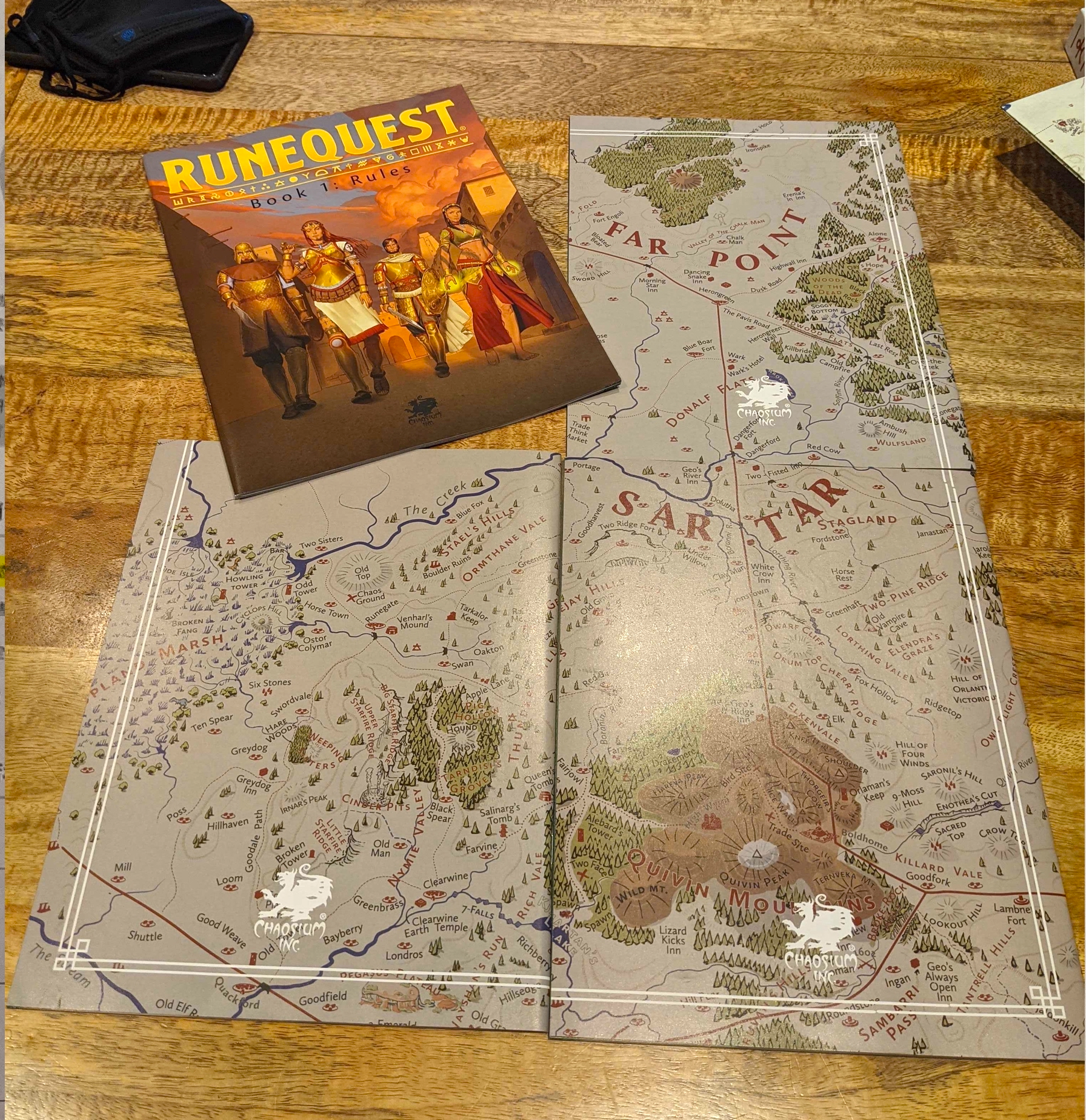 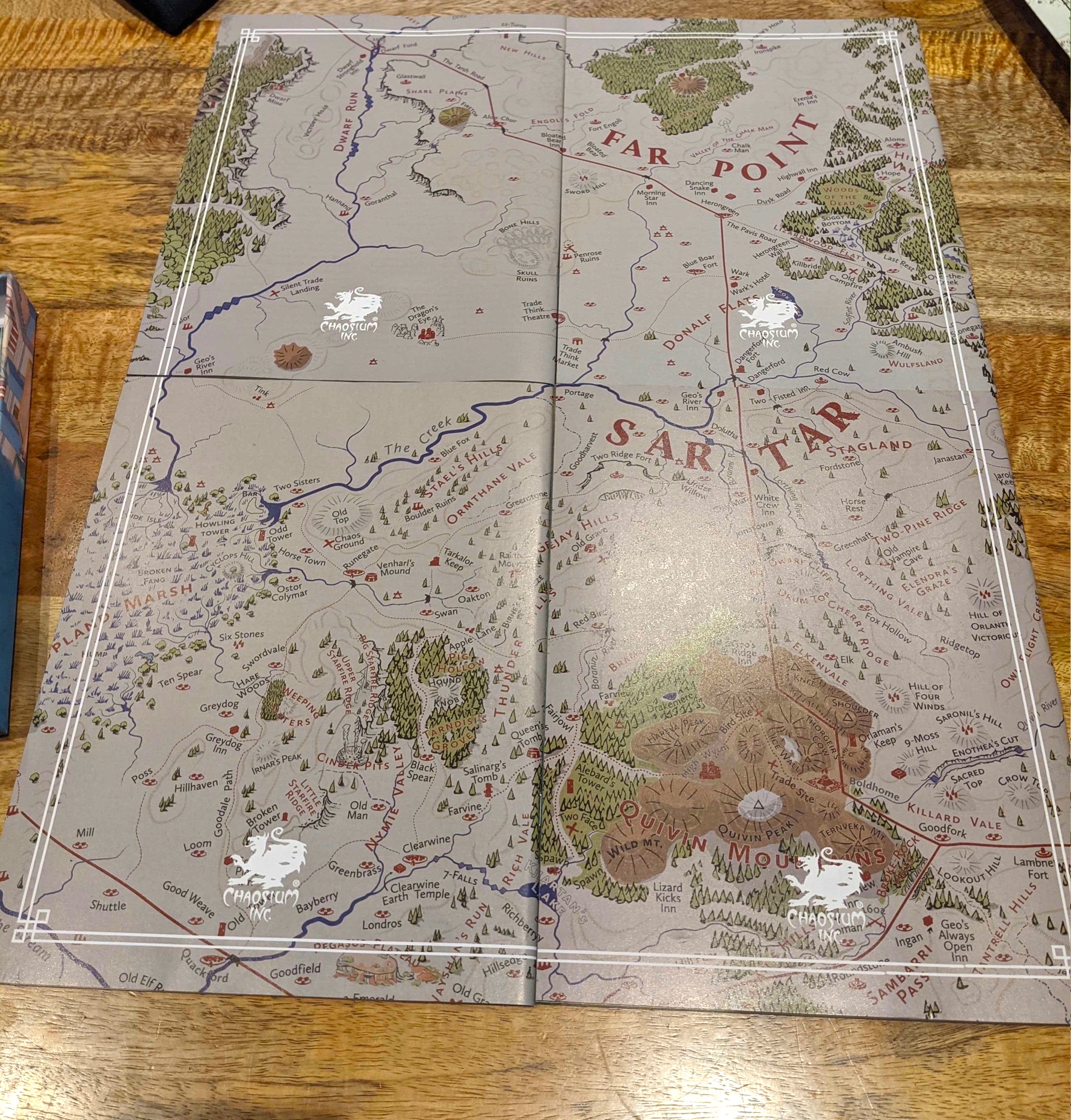