Check out these new titles by indie creators! And check out the Jonstown Compendium Guidelines and start creating yourself! 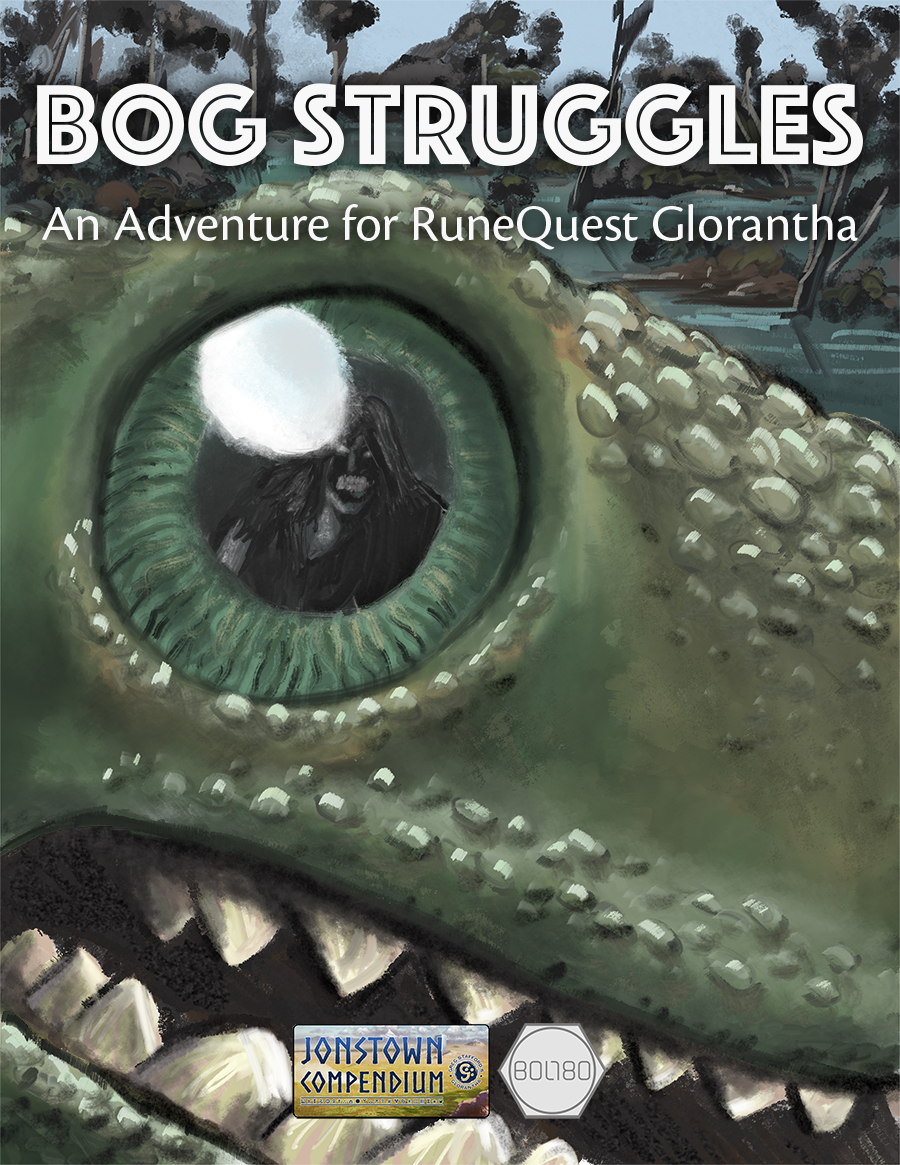 There's a bog nearby where newtlings live. They have friendly relations with the human neighbors through trade and water worship services. But something happened recently and the newtlings are scared and upset. Maybe your adventurers can help!

An adventure that can be easily inserted into any campaign: all it requires is the presence of some wetlands, which is easily done anywhere in Dragon Pass or along the Zola Fel valley in Prax.

Beast Valley is under attack. Ancient magic that for centuries protected the region has faltered and its enemies bite deep into the heartland. It is not just one foe, but many, and they fight equally amongst themselves as against the beast men. Perhaps it is from this disorder that hope will spring for the beast men, or will it lead to chaos and destruction for all.

Follows on from The Ruins of Bonn Kanach and forms part two of the Beast Valley campaign, however it can be used as a stand alone resource.

The Shaman Maserelt of the Impala tribe has been waiting by the Dead Place for weeks, calling for help, as she watches over the slow growth of something terrible within. She has even asked her rival Erhehta, who will be sending the adventurers, if they dare to go. Despite his many conflicts with Maserelt, some things are even more important than winning. Of course, if the Bison tribe can aid her where the Impalas cannot, that counts as a victory for Prax and for Erhehta.

This Adventure Seed is all about the heroes having a nighttime adventure in Dragon Pass while traveling at night. The heroes have attracted the attention of a mischievous spirit that enjoys causing travelers to become lost and confused, making them lose their way in the night and end up in dire predicaments. Will your Heroes find their way, or will they become lost without hope?

Day’s Rest is one of the many oases scattered across Prax and the Wastes. It is a respite from the harsh chaparral of the plains, a place to water riding animals and obtain food and provisions. It is also a market, the first stop along the Caravan Alley, a trade route running from Sartar to the Eiritha Hills in eastern Prax.

To Sartarites, it can often be their first introduction to life in Prax, a rare settled location that can be a place of trade, or a secure meeting point from which to venture out into the trackless wilds. It can be a place of opportunity, for good or ill. The Bison Riders rule here and have little time for civilised ways, even as they trade for exotic wares in the marketplace.

High res map of the Jonstown area: one with text, one without text , one in winter.

Two maps of a settlement which you can use anywhere in Glorantha: one day and one night map.