Many of Chaosium’s product lines are based upon literary sources. Most notably, H.P. Lovecraft’s 1920’s horror fiction provides the basis of our Call of Cthulhu roleplaying game line. The Lovecraft Cthulhu Mythos also provides the inspiration for many of the books in our Chaosium Fiction line.
We also publish Basic Role Playing (BRP), the core of our roleplaying game systems, and the first to use skills based upon the d100 mechanic. Call of Cthulhu, RuneQuest and most of our other RPG lines use BRP as the basis of their rules. Once you’ve learned to play one of these, you've learned to play the others.
Chaosium began as a board game publisher, and in 2017 returned to producing board games again after a twenty year hiatus, winning multiple ENnie awards with our first two releases.  In 2018, the King Arthur Pendragon RPG returned to Chaosium ownership. In 2019, Chaosium acquired critically acclaimed 7th Sea RPG, and 7th Sea creator John Wick joined the company.
Over the years Chaosium has won so many awards that we have actually lost count, including more than thirty ENnie Awards since 2014. Greg Stafford won the Diana Jones Award for Gaming Excellence not once, but twice (2007, 2015), and both he and Sandy Petersen have been inducted into the Academy of Adventure Gaming Art and Design GAMA Hall of Fame. The Call of Cthulhu and Pendragon RPGs are also GAMA Hall of Fame inductees.
Chaosium celebrated its 45th anniversary in 2020. In 2016 Greg Stafford's World of Glorantha celebrated its 50th anniversary. In 2018, it was 40 years since the debut of RuneQuest, and 2021 was the 40th anniversary of Call of Cthulhu. 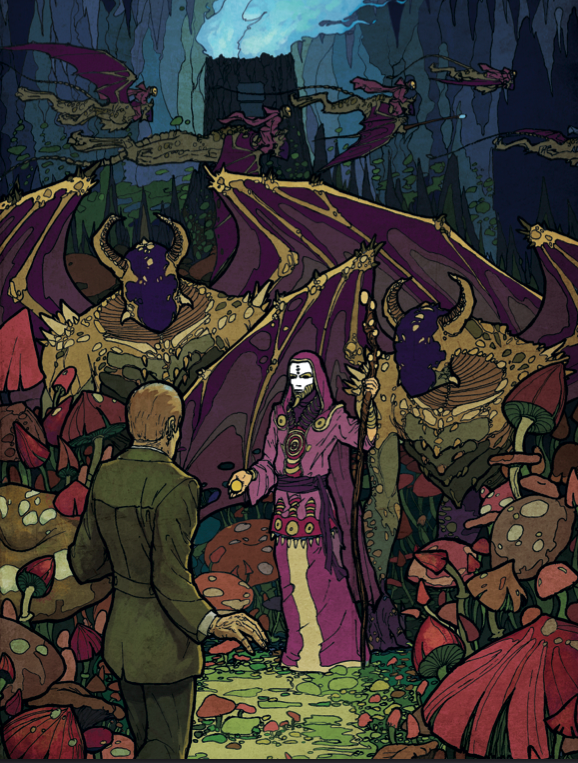