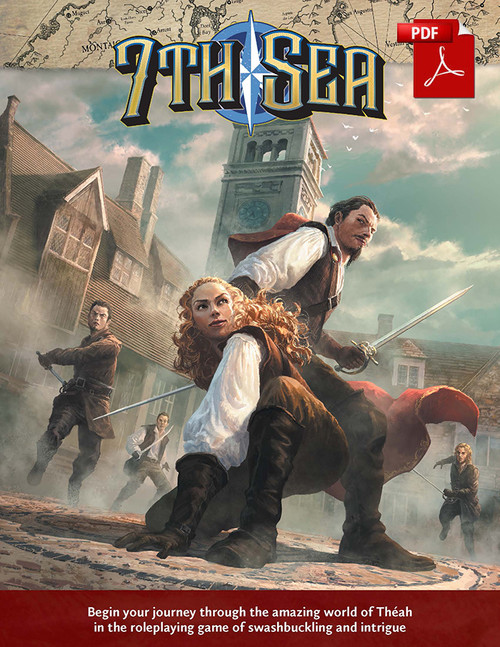 A game of high adventure, mystery and action. A game of intrigue and romance. This is 7th Sea.

7th Sea is the premier tabletop game of sabres, ships, and high adventure! Packed together in a gorgeous hardcover book, these 300 pages are laden with gorgeous art that fully captures the imagination.

A Game of Heroes

In7th Sea, you are a hero. You are ready to live and die for causes that matter. You will bravely take on a dozen thugs with swords, knives and guns all on your own. You are the trusted knight, a loyal bodyguard or even an adventuring queen herself. You are d’Artagnan, Milady de Winter, the Dread Pirate Roberts, Jack Sparrow, Julie d’Aubigney, and the Scarlet Pimpernel all rolled up in one! 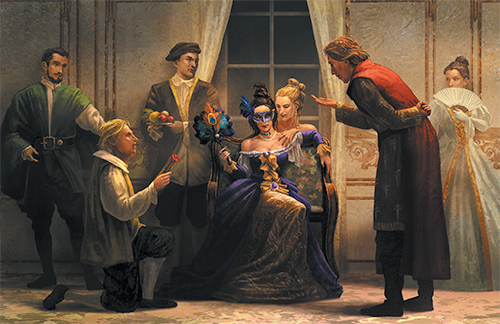 A unique D10-based dice pool system sees players influence and push the narrative in heroic ways. With the guidance of the Game Master, 7th Sea presents mechanics that put you in charge of the action, and provides all the tools you need to craft an imaginative, over-the-top adventure with your tongue planted firmly in cheek. 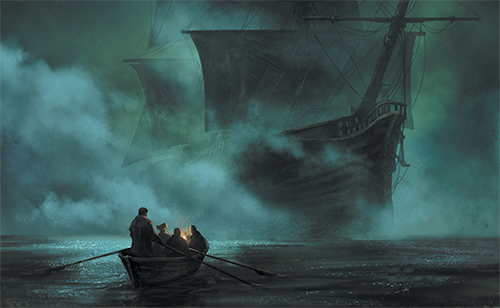 Théah is a world of magic, mystery, and intrigue. A version of Europe seen through the lens of sorcery, danger, and high adventure, Théah is a setting that captures the imagination and breeds story seeds. Your heroes can take to the seas and explore the known world, or have them stay in one country and explore the depth and breadth of the setting. 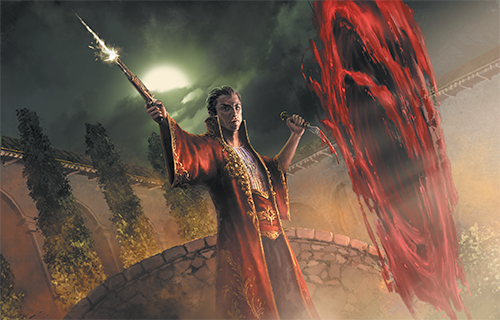