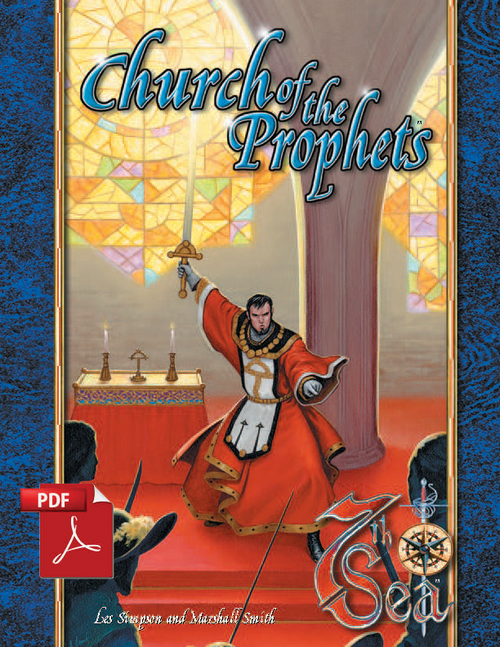 Theus forgive us our trespasses…

“Without faith, we are as beasts in the field… feral, lost, and alone.”

Sixteen hundred years ago, a man stood before the Senators of Numa and told them of a new faith. Thirteen hundred years ago, a second man preached a testament of that faith on the threshold of the Crescent Empire. Seven hundred years later, a third man called upon Théans to make war in the name of righteousness; to save themselves from Legion’s Flame. These were the Prophets of Theus, the servants of Théah’s God. From their words, the Vaticine Church of the Prophets was born. The Church has guided nations, been a bastion of religions belief, and safeguarded the souls of millions. Yet it has also spawned numerous rivals, crushed heresy with an iron fist, and caused cataclysmic wars. The faith of Theus grows, and through strength of will, the Vaticine Church prospers. Today, it awaits the coming of the Fourth Prophet – and its servants turn patient eyes toward an uncertain future.

Church of the Prophets includes: 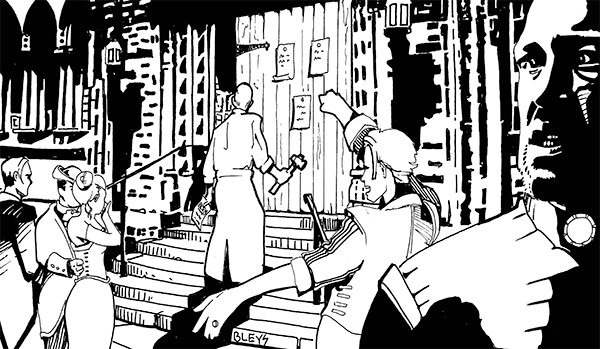