My background is extremely diverse: My education was limited to how fast I could leave school, although a couple of months on a First Nation reservation school in Canada was amazing and I’d have happily stayed there. Then I worked a wide variety of literally whatever would pay an unqualified me—I’ve worked in shops, factories, farms, banks, offices, call centres, markets, Greenpeace (sometimes chained to things), cleaned toilets (including the ones at Glastonbury), other less salubrious ventures, run a business making Victorian and vintage-inspired sweets from home, and ended up spending about a decade working in elite sport (BobSkeleton on the Winter Torino/Vancouver Games, then went to the summer cycle with Modern Pentathlon, mostly because the two offices were next door and I’d been answering their phone over lunch times anyway), culminating in being a venue manager/armoury controller for the London Olympic Games (still not quite sure how that happened, but it was incredible). Having said that, I’ve always kind of been involved with art and layout, mostly as an antidote to whatever else I was doing, or as being the one who gets the “You’re a bit “arty” aren’t you? Here’s the newsletter/handbook/promo posters/info sheets” workplace conversation.

I started gaming when I was about 19, after accidentally moving into a medieval renactment Goth household in Brisbane which happened to house a lot of GMs. (Yes, it was one that contributed to He Died With a Felafel in His Hand (John Birmingham) but I don’t usually admit to that.) Mostly of the D&D variety, but we also experienced Paranoia and mildly lived Vampire, Werewolf, and Shadowrun. Sanity points were lacking to begin with and not helped by the odd game of Call of Cthulhu, and we played GURPs when the Rolemaster crit tables just weren’t worth the brain space. It was also connected, by way of party-fuelled tenant Brownian Motion, to a large amount of other equally random households containing a lot of lovely people heavily into their comics, graphic novels, and cult movies.

Totally accidentally through fantasy art and illustration—I ended up doing various character illustrations and it went from there. The fact that I oddly quite enjoy layout and character sheets helped a lot too.

I guess the first official one would have been for Three Sages Games in the USA—they did an Art of Wor series and I did a good deal of the character work for that. Also through them, the cover of what, sadly what turned out to be one of the last anthologies that Gary Gygax had a foreword and short story in.

It’s slightly simultaneous at the moment, so that would be some layout for the excellent Chaosium Call of Cthulhu (for our new and yet-to-be formally announced Organised Play campaign Flotsam and Jetsum, ed.) and will be shortly finishing off a cover piece for a space military RPG based on a set of novels, which has been very enjoyable to do (sorry, NDA signed on that one!)

Probably starting out with Three Sages Games, the biggest challenge was learning to pace myself and to say “no.” I was also working a full-time job, so the lesson on not burning out because you don’t want to let anybody down was a harsh but necessary one. I hasten to add not in a bad way from the games company, just that enthusiasm can override sense on both sides.

To be honest, I’ve rarely not found a product to be rewarding and I’ve been lucky in that most are enjoyable, even if just in the sense of a job completed and client happy, regardless of size or type of work—even the ones that turn out to be painful are usually a good learning experience and have always pushed me to do something better, or wiser, as a result. 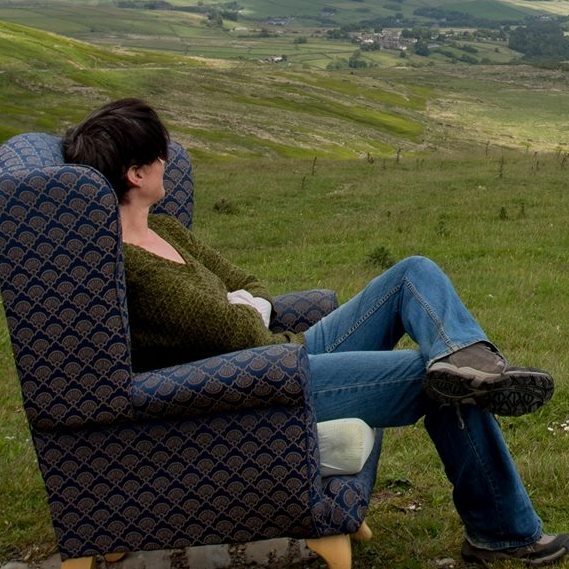 The dice are rather miniscule these days, but the stationary is possibly bowing the attic office floor….

I can’t really count a lot of dodgy shared housing and hippy communes in unspecified Australian bush as exotic, although they were certainly unusual in retrospect. The most unusual was probably a penthouse suite, partly because marble floors and a fridge that made its own ice were a bit outside of my experience at the time!