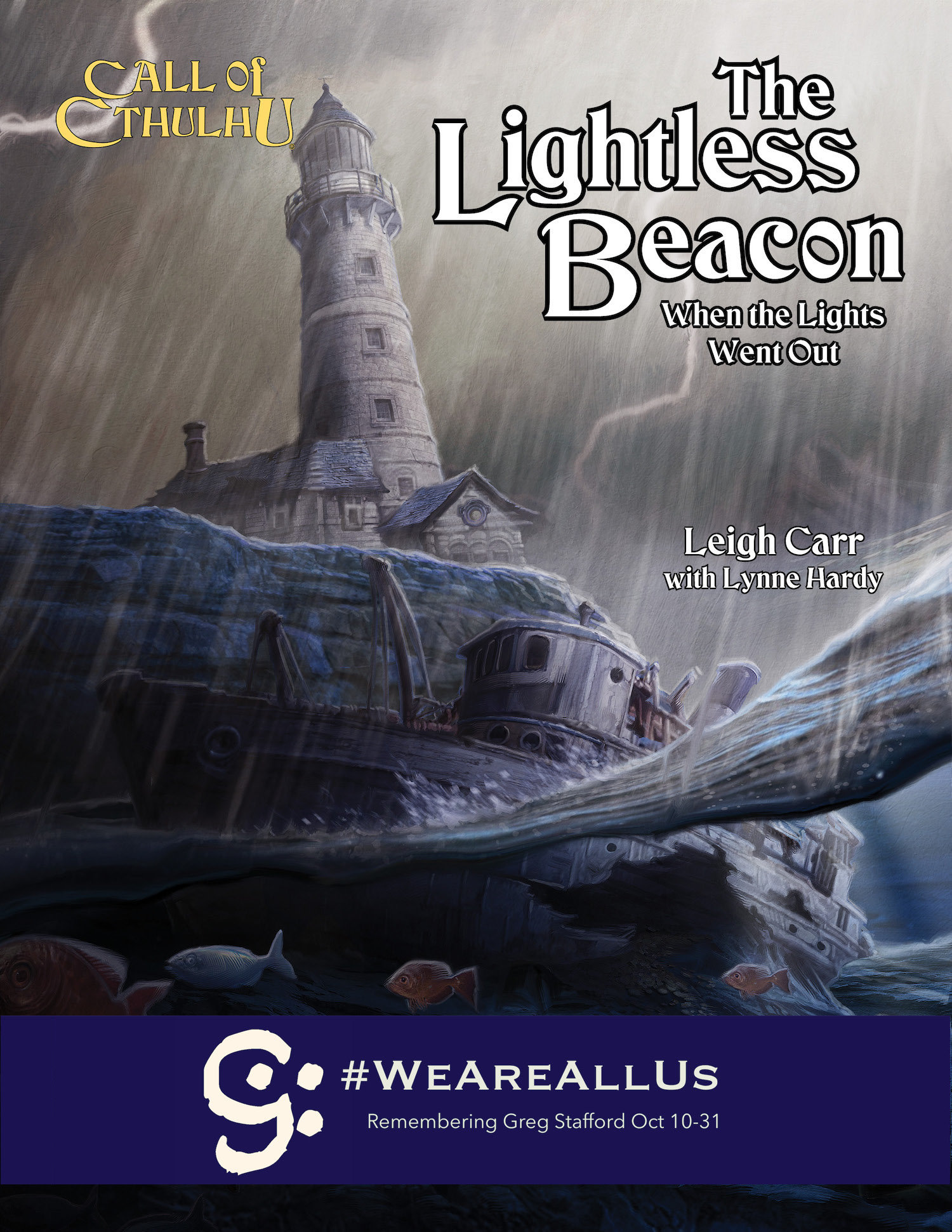 To support that, Chaosium is releasing a set of new FREE adventures for all our major game systems (RuneQuest, Call of Cthulhu, King Arthur Pendragon, 7th Sea, HeroQuest) you can play. We've already announced our 7th Sea Adventure, John Wick's The Sword of Kings. Here is our new Call of Cthulhu adventure, to be released on October 10:

The Lightless Beacon is a short standalone introductory scenario for Call of Cthulhu 7th Edition, designed for novice Keepers and players - though there's plenty here to enjoy for more experienced players and Keepers, too. It comes with four pre-generated investigators and should take around an hour to play. Advice is also given on adapting the game for 2–6 investigators, as well as how to expand the scenario for longer sessions.