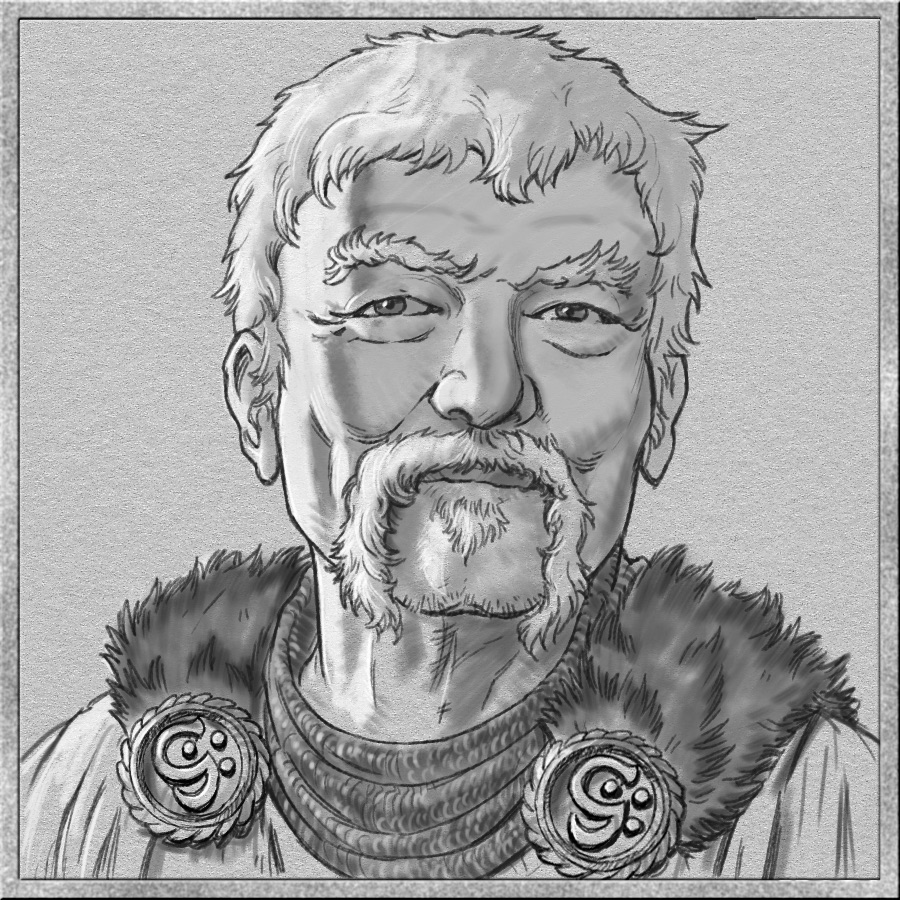 We're commemorating the first anniversary of the passing of Chaosium founder Greg Stafford with the release of new free adventures for all our major game systems. To honor Greg's legacy we're encouraging Chaosium fans and gamers in general to play a tabletop game from October 10 to October 31 in his remembrance.

The adventure even features an "aging Round Table knight, Sir Gregor de Stafford". Above is the portrait of Sir Gregor we commissioned John Bridges to create for this release.