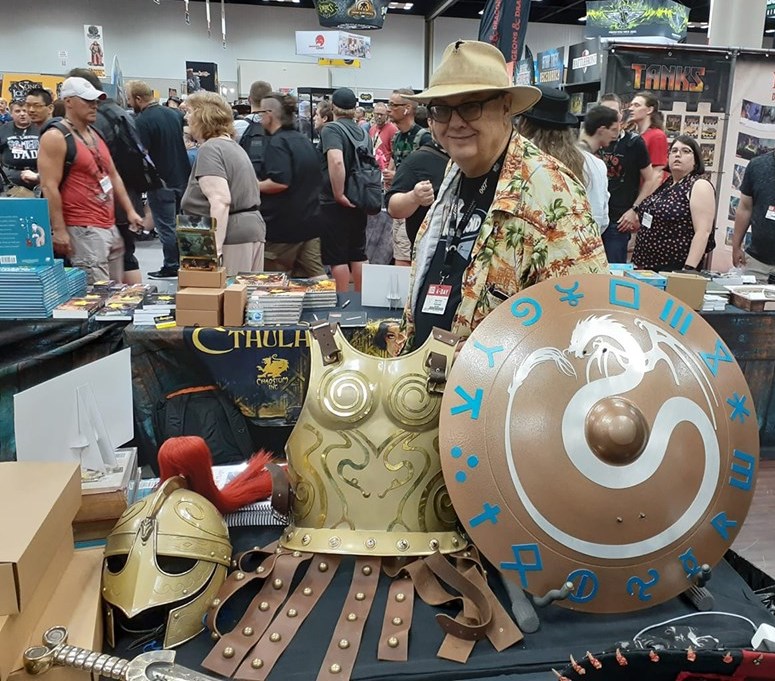 Steve Perrin, creator and lead author of the original revolutionary ‘78 and ‘79 editions of RuneQuest has formally returned to the company as a creative consultant.

RuneQuest was a landmark in RPG design and forms the basis of all BRP/d100 rules systems. A founding member of the Society for Creative Anachronism in 1966, Steve used his CSA tournament experiences to give RuneQuest combat a groundbreaking realism, and pioneered a skill-based RPG system that took the young world of roleplaying games by storm.

Steve's connection with Chaosium goes almost all the way back to the beginning of the company, co-authoring All the Worlds Monsters in 1977, Chaosium's first foray into roleplaying games. He was also one of the primary authors of Stormbringer, Worlds of Wonder, Elfquest, and Superworld for Chaosium, and a contributor to Thieves World.

Most recently, Steve was part of the design team for the new RuneQuest: Roleplaying in Glorantha edition, and has contributed scenarios to the forthcoming RQG scenario collections The Pegasus Plateau and The Smoking Ruins. He also attended Gen Con 2019 (see pic), running games of RuneQuest to inspire a new generation of Gloranthan adventurers.

"Chaosium is where Steve started his career in game design, taking an instrumental role in setting a whole new paradigm for RPGs", said Chaosium vice president Michael O'Brien. "As one of the most influential game designers of all time, we are delighted to be able to call on Steve's wisdom, imagination, and creativity."

[It is also important to note that Steve's wife Luise Perenne is the artist who painted the iconic cover that graces RuneQuest's first and second editions, and provided interior illustrations for various early Chaosium releases.]