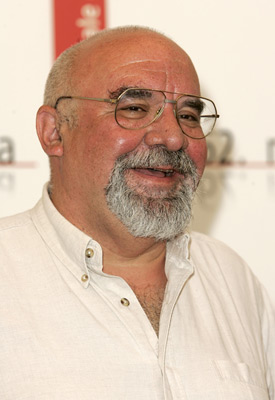 I discovered this morning that filmmaker, theater director, and writer, Stuart Gordon had died, aged 72. Gordon shall forever be known among horror circles as the guy who made a series of films based on H. P. Lovecraft stories, including Re-animator, From Beyond, and Dagon.

I had the pleasure of briefly meeting Stuart at the Leeds Fantasy Film Festival in the early 2000s, after watching a screening of his then latest film, Dagon—an adaptation of Lovecraft’s “The Shadow Over Innsmouth” set in the Spanish coastal town of Imboca, which was every bit like Innsmouth in all but name. It features a scene in which our hero, played by Ezra Godden, fends off an attack with his cell phone. Post film, Stuart gave a talk and mentioned that the scene was actually inspired by a real-life incident of a friend of his, who used his cell phone to batter away an assailant.

Before all that, I remember getting hold of the video (yes, in the days before DVD and Blu-ray) of Re-animator. This was a highly sought-after video tape! My friends and my younger self were already hooked on playing Call of Cthulhu, and the film was like a holy beacon of Lovecraftian horror “WE MUST WATCH!” Suffice to say, what with plenty of gore, comedy, and Lovecraftian names all in the film, not to mention a zombie cat, we had a thoroughly wonderful time watching the movie. Oh, and Jeffrey Combs as Herbert West—what more could you want?

Re-animator was followed up with the even more wonderful From Beyond, again starring Jeffrey Combs, this time as Dr. Crawford Tillinghast. More so than the previous film, From Beyond captured other-dimensional horrors on screen, and has continued to inspire scenario writers to this day. Indeed, Scott Dorward’s “Bleak Prospect” in the Nameless Horrors collection of scenarios is firmly rooted in both Lovecraft’s and Gordon’s From Beyond.

Of his non-Lovecraftian films, King of the Ants (2003) and Stuck (2007) stand out for me, and I recommend students of horror films to check these out. Throughout his films, Gordon was able to meld comedy and horror together in wonderfully inventive ways, although I should warn viewers that there’s little comedy in King of the Ants, which is a film that gets very dark as it progresses.

At a time when no one else was bringing Lovecraftian-flavored horror to the big screen, Gordon filled our imagination with the bizarre, the fantastic, and horrific. In my view, Stuart Gordon is one half of the reason for the emergence of interest in Lovecraft’s stories from the mid 1980s onward. The other half being the Call of Cthulhu roleplaying game. Both of these brought Lovecraft’s cosmic horror closer and into our homes. So, thank you Stuart Gordon for being there and sharing your work with us. You inspired a generation of horror creatives.