As I was preparing for our 40th Anniversary reprinting of the Call of Cthulhu Classic boxed set I started to notice something.

Between 1981 and 1989 Chaosium printed the Call of Cthulhu Core rules as a boxed set. The first and second editions went through seven printings, totalling 24,000 copies. While three boxed editions were published, some of the printings had variations as well. Some you can tell easily from the back of the box.The 1st edition is in a box labelled 2009-X. The second edition is in a thinner box with either the product code 2009-X or 2301-X. The third edition is in the thin box too, with the product code 2301-X - it's very easy to identify on the back box cover.

Boxed versions ended with the 4th edition published in 1989, which came out as softcover book. 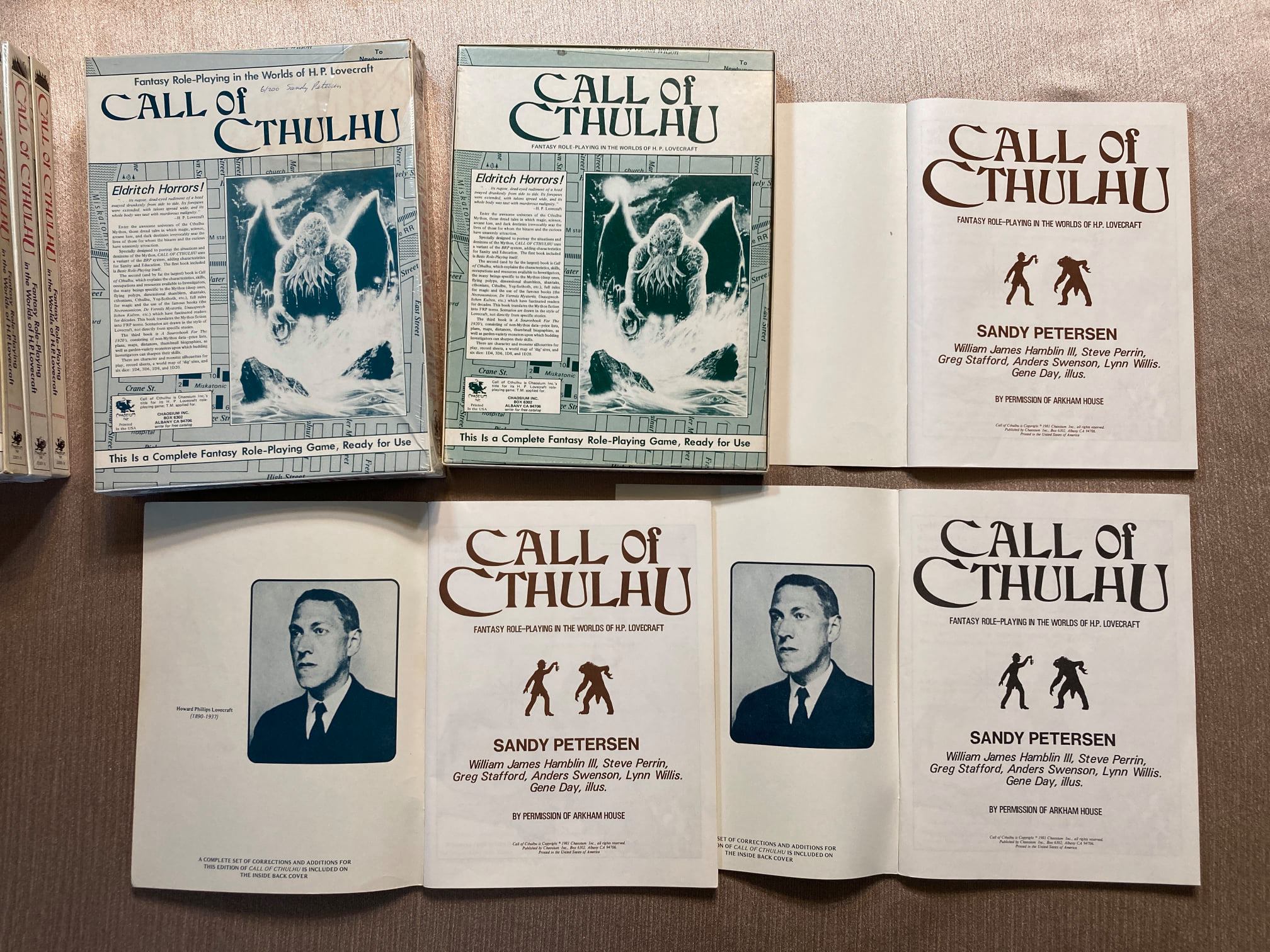 Finally, the Designer's Edition (2009-DX) has the first edition rulebook, but I personally don't know if it has the printed inside covers with HPL's picture and the errata – the reason why I don't? I'm a collector, and my DX copy is still "Mint in the Shrink".