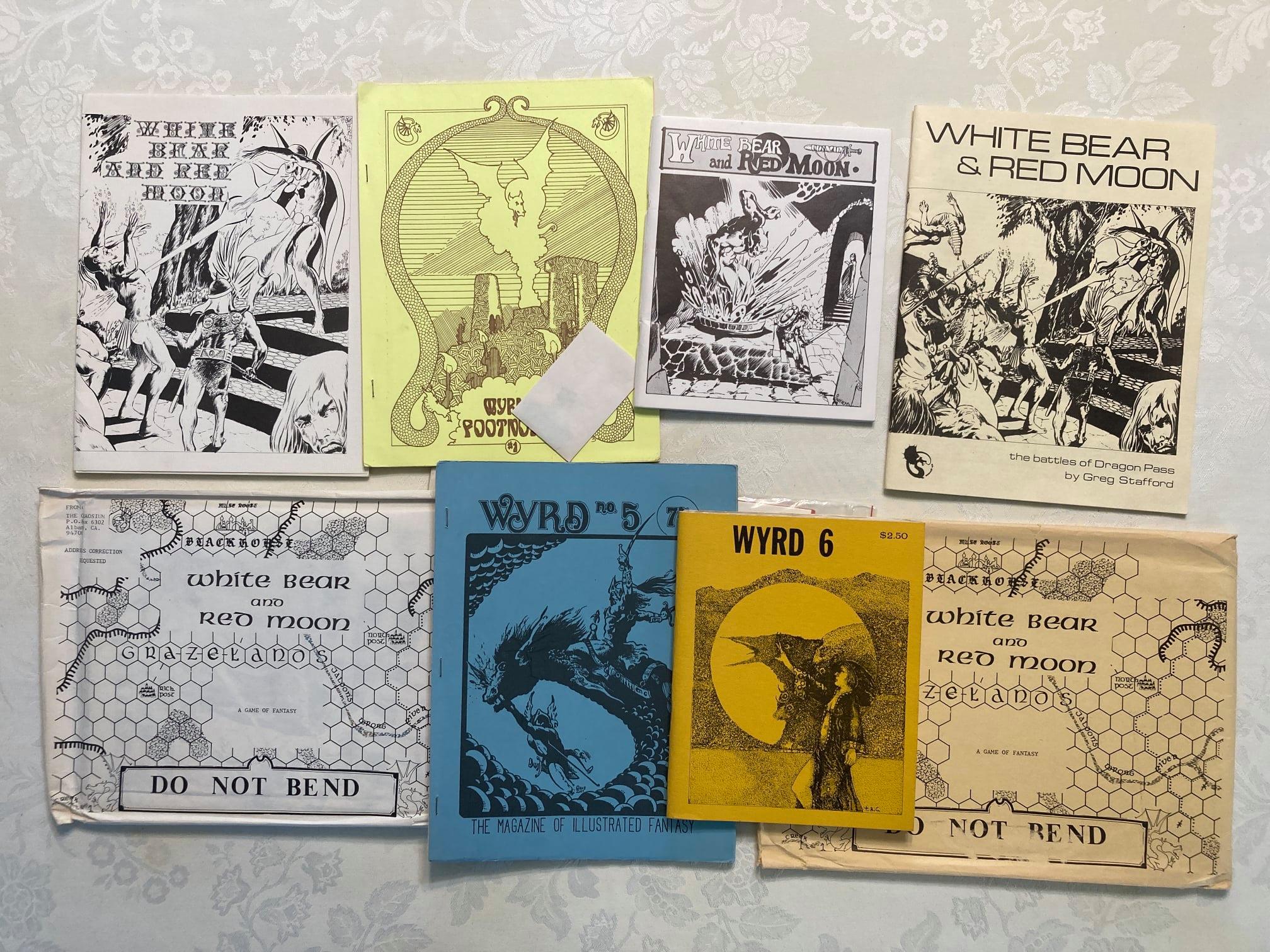 Note: initially, I thought of doing a series of posts showing the products released by the company each year. But 1975 and 1976 were both low volume years for The Chaosium, so I've combined them here in a single post.

In 1975, The Chaosium's first game was published on company founder Greg Stafford's good old Gestetner mimeograph machine. This was Greg Stafford's board war game White Bear & Red Moon (WB&RM). Greg had spent the previous year working as a hospital orderly saving money for the production of this one game.

By September 1975 it had sold out and a second, larger print run was funded by the proceeds of the first. You can tell which printing by the color of the envelope the game came in. The first printing of WB&RM used a bright white envelope; the second printing used a manila colored envelope (in the image, shown above, I've also included a later edition of the game too, just to round out the picture). 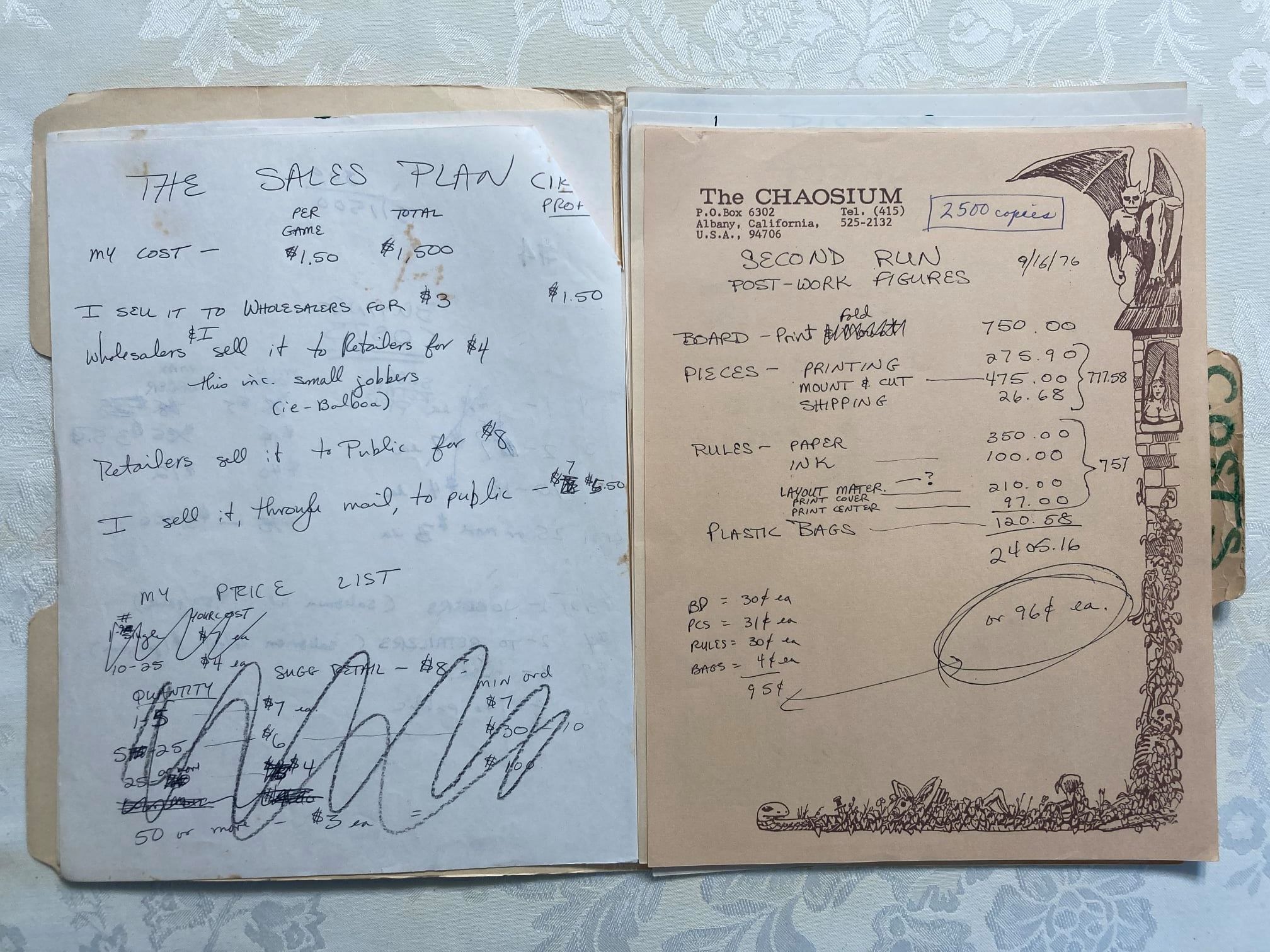 BTW, we have these records because Greg phoned me one day and rather nonchalantly asked me "I found this folder of White Bear & Red Moon costs... do you want me to send it to you or should I just throw it out?". Greg held onto that folder for 40 years. I think I can cover the next 40 or so.

In 1976, The Chaosium published its first magazine, Wyrms Footnotes*. The first issue included new unit counters for WB&RM. These came in a little envelope stapled to the order form on page 17.

It's not commonly known, but The Chaosium was, for all intents and purposes, the de-facto publisher of Wyrd for several issues. Issue 5 was published in 1975, and issue 6 was published in 1976. Both were done on Greg's Gestetner in his home on Evelyn Street. Greg wrote material for both of them, and they also feature artwork from Gene Day, Steve Swenston, Tom Clark, and William Church, who all continued creating art for future Chaosium products. 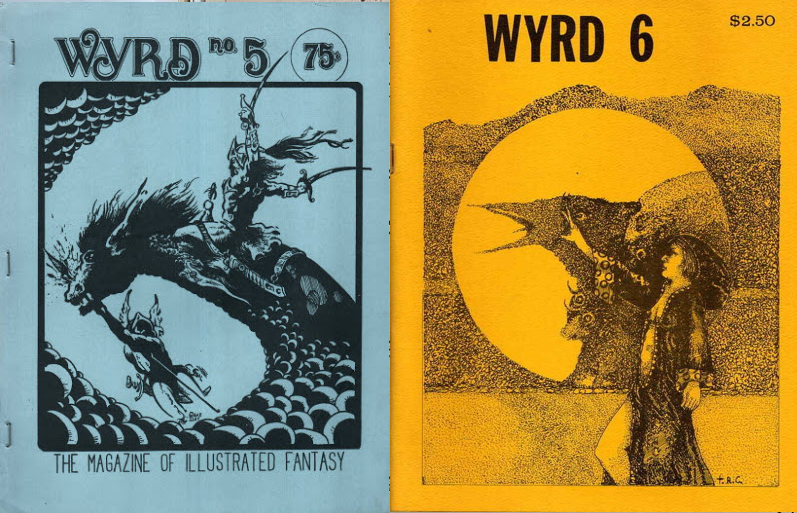 *And did you know Wyrms Footnotes is now back! We've lovingly created OCRed versions for the classic Wyrms Footnotes magazine from the early days of Chaosium. Published from 1976 to 1982 the 14 issues span most of the early history of the company. For the best deal, check out the Wyrms Footprints 1-14 Bundle, and look through the individual issues for what is included in each.