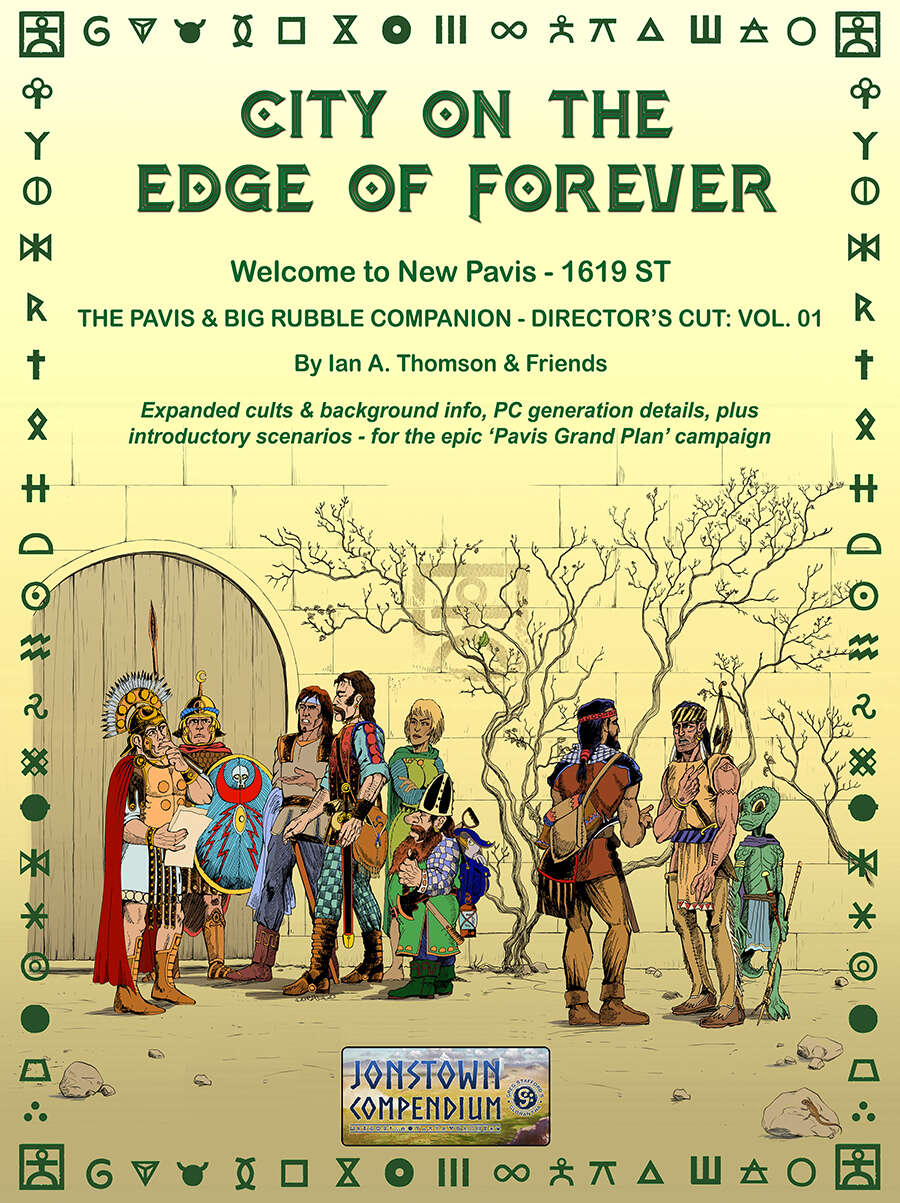 The Jonstown Compendium at DriveThruRPG is the thriving online community for fans of Greg Stafford's world of Glorantha, setting of the RuneQuest TTRPG, to sell and share their own creations. Here are the latest works by independent creators - we'll start in the familiar setting of Pavis, and then move further afield!

Way back at the dawn of time (well, about 20 years ago) a rabid RuneQuest/Glorantha fan who was studying Professional Writing & Editing, teamed up with Tentacles Press to publish reworked and expanded versions of his epic Pavis & Big Rubble campaign.

This Director's Cut is an expanded re-release of the original Companion series, this time with no restraints on the unfolding Grand Plan reveals - eventually including the culmination and expression of that Plan as the Old City rises again! This is 'old school' stuff, all updated to the new rules system (RQG), but written in the classic style of gameplay (RQ2).

As with the original series, the Director's Cut is designed to accompany the official Pavis and Big Rubble sourcebooks.

Welcome to the Jewelled Islands, the Ten Thousand Miracles of Vith! Will your characters help in working the Miracle Rescue and restore Vith's Cosmic Order when the Hero Wars mark the end of the latest World Cycle?

The Korolan Isles are an archipelago of five islands in the south central region of the East Isles. The Hero Wars are about to begin. New evils and new heroes are about to rise, and the Korolan Islands will have a surprising role in this saga.

The second book in a series about the Hero Wars in the East Isles.

This book is a starting point for a campaign in the East Isles and includes four RQG adventures.
The adventures include The Nest, The Hill of Red Top, Korolan Games and Fires of Mingai.

A continuation in the exploration of Teshnos, expands on the information presented in The Houses of Teshnos.

Welcome to Holiday Dorastor: Ragnaglar’s Breath, another in our odysseys around the delightful place that is Dorastor. Here, you will find three new locations, and a set of scenarios and HeroQuests allowing you to banish Ragnaglar’s Breath from the Risklands.

The Famous Marble Phalanx, for your conquest of New Pavis. For play with virtual tabletops.

The Silver Shields, a Lunar medium Infantry regiment. For play with virtual tabletops.

Shorn of their former defences, the people of the Grantlands face an uncertain future on the very edge of civilisation. But for some, the risk is more immediate than for others.

This is a mini-sandbox setting describing a small, mostly forgotten, village on the River of Cradles. It includes nineteen NPCs that can provide interaction or story possibilities for RuneQuest or QuestWorlds games in Glorantha. Much of the material can also be converted to other systems or settings, so long as a half-abandoned frontier settlement might be in need of protection. It also provides a guide to the often-overlooked River Folk of the valley.

This book is a complete Japanese translation of A Rough Guide to Glamour with some new art and maps. The original is in English, and there is also a French version. 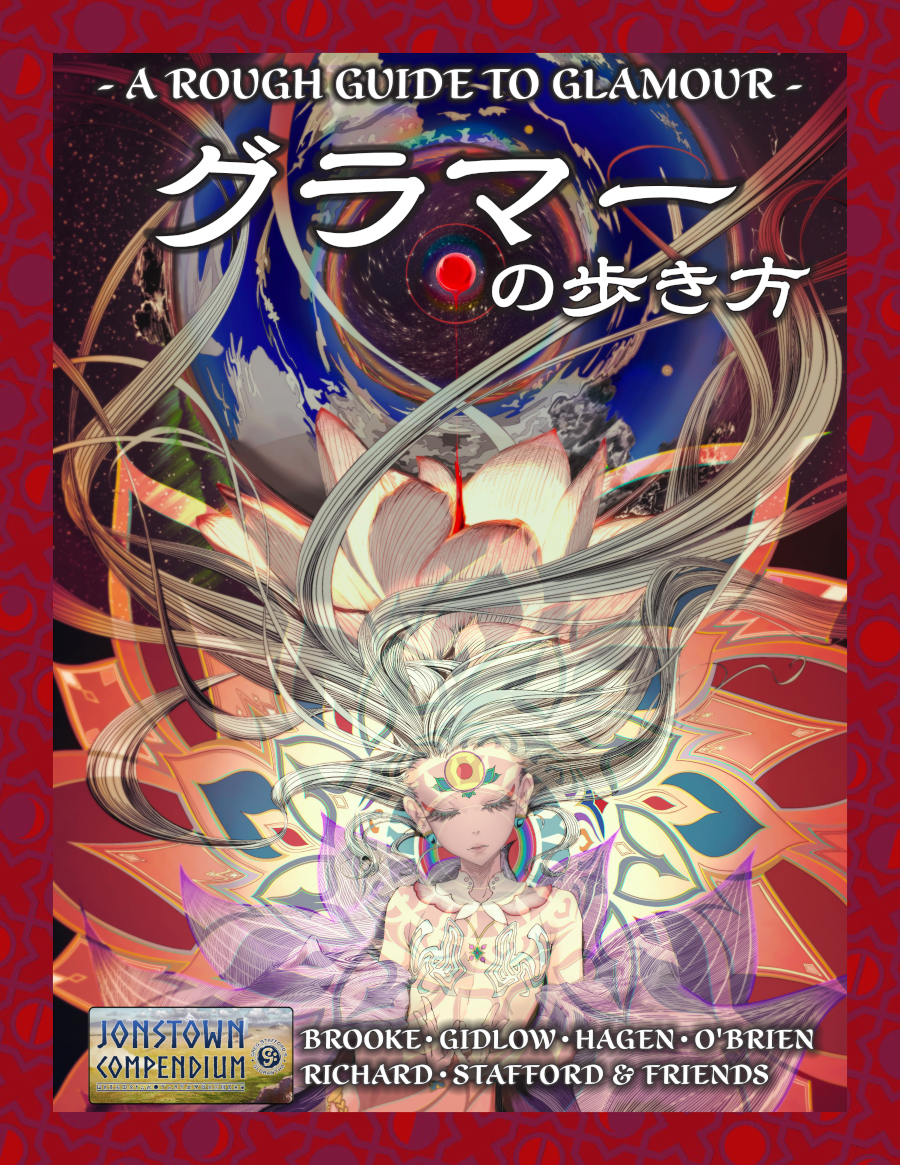