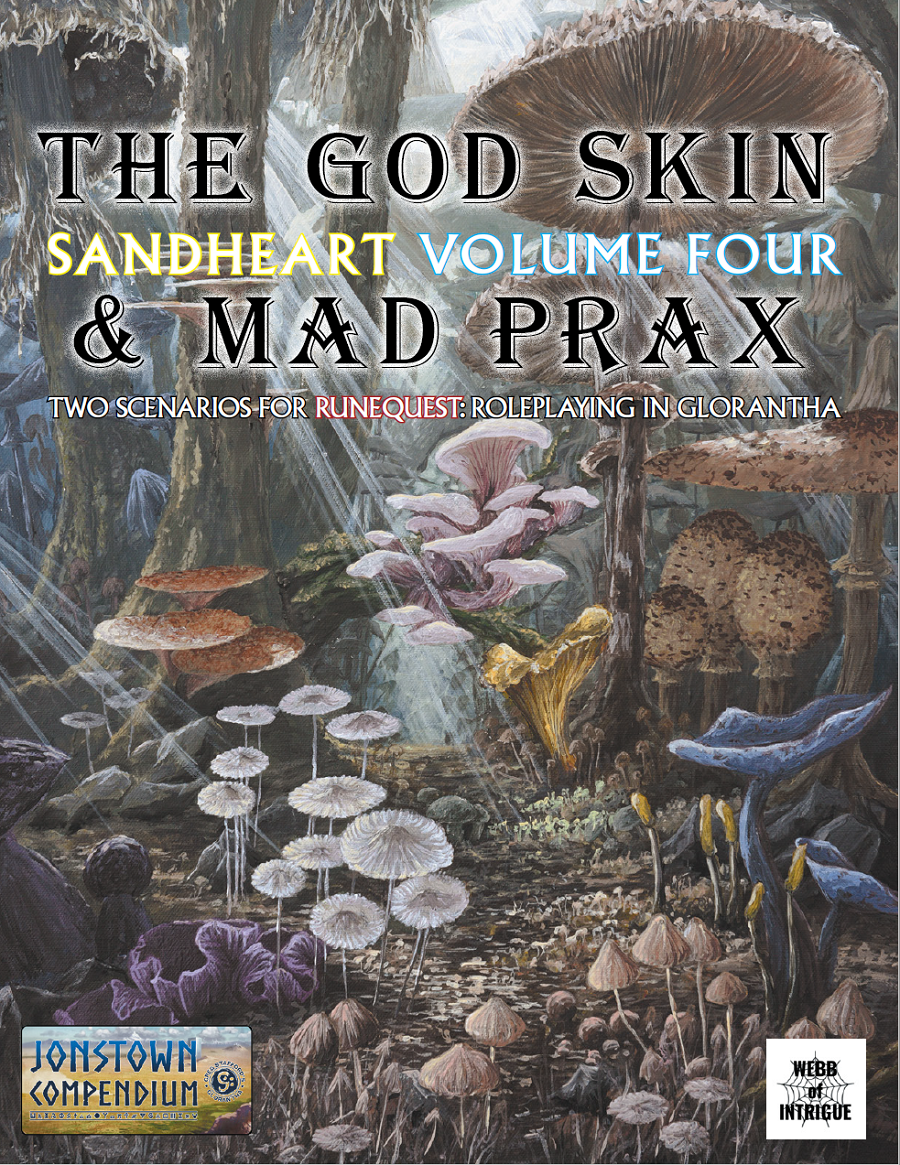 The God Skin & Mad Prax is the fourth and final volume in Jon Webb's 'Sandheart' series of adventures set in Sun County, Prax. It features the scenarios 'The God Skin' by Sandheart creator Jon Webb, and 'Mad Prax: Beyond Sun Dome' by Chaosium's Michael O'Brien, author of the original RuneQuest 3rd Ed release Sun County (1992). Involving the player characters in a truly momentous event marking the beginning of the Hero Wars, 'Mad Prax' could, if you wish, serve as a fitting end to a Sandheart campaign.

"What began as a one-person operation (Jon) evolved into what I think is a best-practice example of community content creation, with Jon gathering the talents of Glorantha-loving layout experts, cartographers, artists and writers to produce what have become some of the most well-received and popular titles in the Jonstown Compendium... It’s immensely gratifying for me to see that, coming up to thirty years since Sun County was published, there is still much to be written about, discovered, argued over, and gamed in, in this small and distant, yet special, part of Glorantha." —MOB, Chaosium Inc.

The four-part Sandheart series is available in the Jonstown Compendium at DriveThruRPG in PDF and print formats. And to celebrate the publication of Book 4, prices of the first three books have been discounted by $2.00 in all formats. PDFs are now $9.95, and hardcovers are just $19.95. 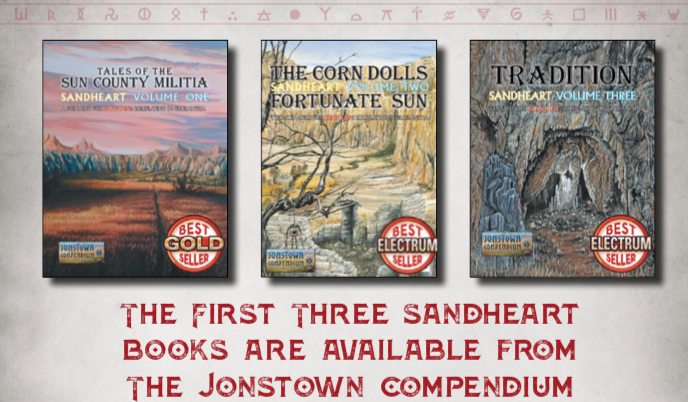 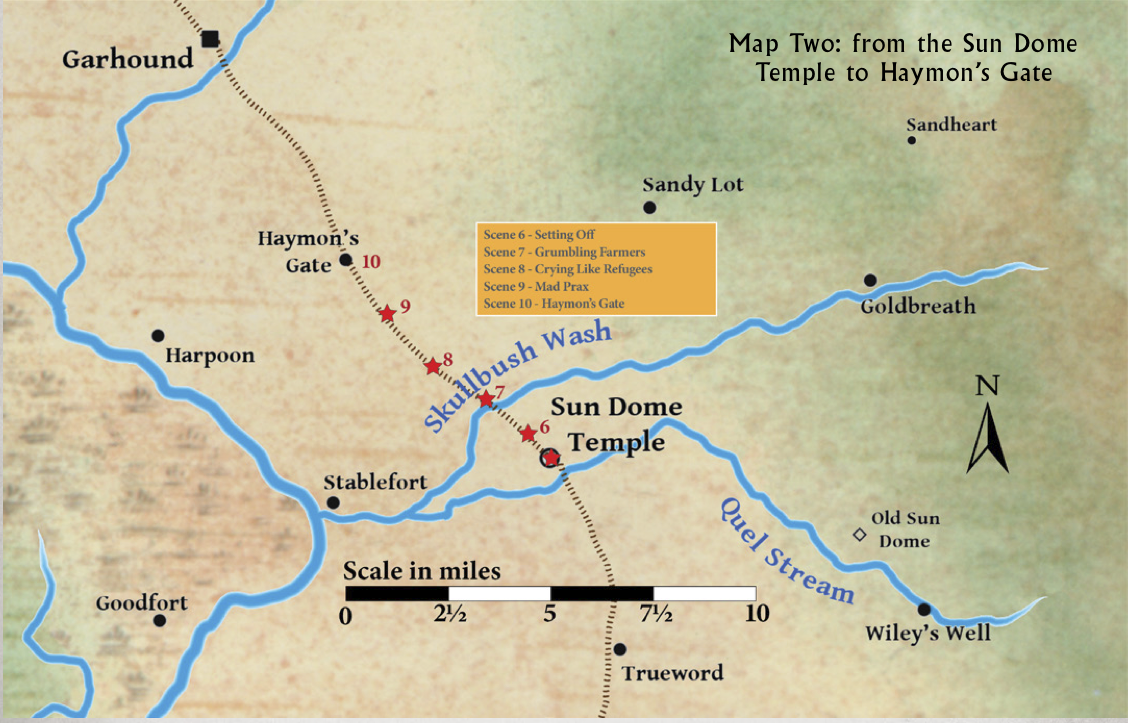 In The God Skin Incident, a murder and robbery lead the Sandheart militia into a confrontation where they have to make choices of who to side with. After the dust has settled they must quest for holy vengeance across the plains of Prax. The God Skin Incident is situated in Sun County and Prax and is expected to take between four and six sessions to complete.

In Mad Prax, the Sandheart militia find themselves drawn into the midst of a great historical happening. Written by Michael O'Brien (author of Sun County) this adventure is based on the 1991 convention scenario 'Mad Prax: Beyond Sun Dome'. 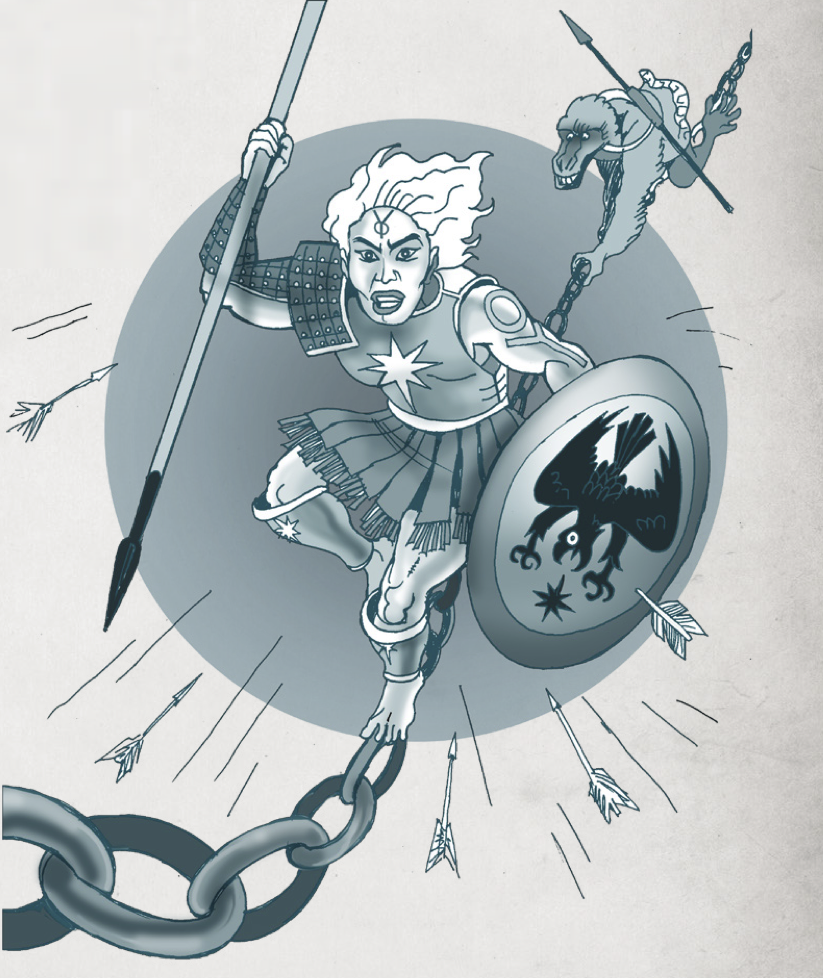