We are truly in a Gloranthan Age of Wonders!

MOB's Foreword of the recently released Jonstown Compendium title Life of Moonson Book One - The Characters. 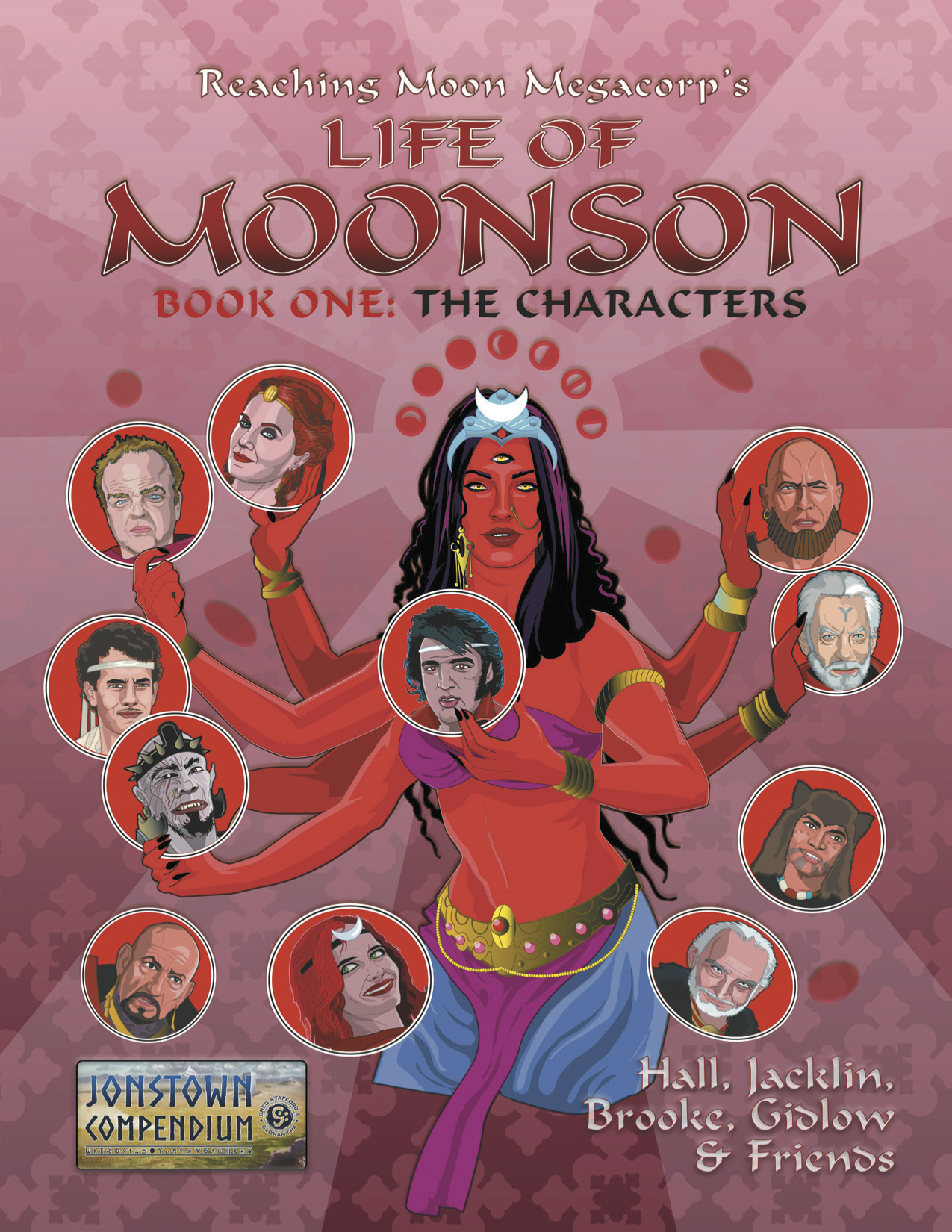 In addition to Chaosium’s beautiful new RuneQuest: Roleplaying in Glorantha line, just recently the entire corpus of second-edition RuneQuest Classics (Pavis, Big Rubble, Borderlands, and the rest) has satisfyingly once again become available in print. And adorning these official publications is the veritable explosion of amazing independent Gloranthan content being produced for the Jonstown Compendium, Chaosium’s community content program on DriveThruRPG. 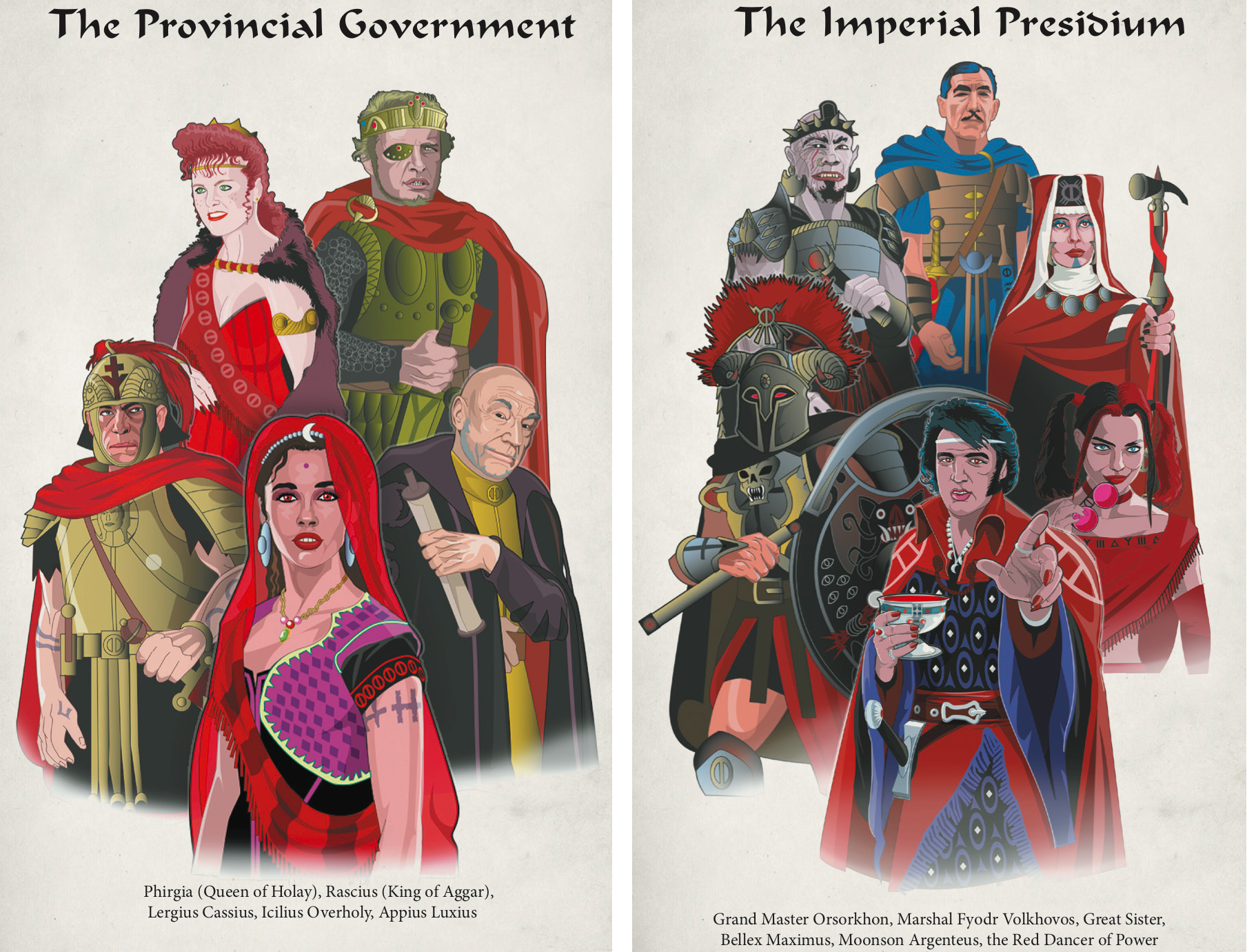 Just as we can now have freshly-printed copies of Cults of Prax in our hands, an exciting aspect of the Jonstown Compendium is the opportunity to reprise independently-produced Gloranthan gold from the past. And so it is a source of great pleasure and pride to see Reaching Moon Megacorp’s Life of Moonson back in an all-new edition!

The freeform “master packs” used by game directors to run these live-action role-playing games (“LARPs”) – which were staged at RQ/ Glorantha Cons around the world throughout the nineties and beyond – were produced as fat, small-print spiral-bound tomes in extremely limited numbers. If you didn’t actually attend an auction at a Gloranthan convention, your chances of finding a copy were slim. 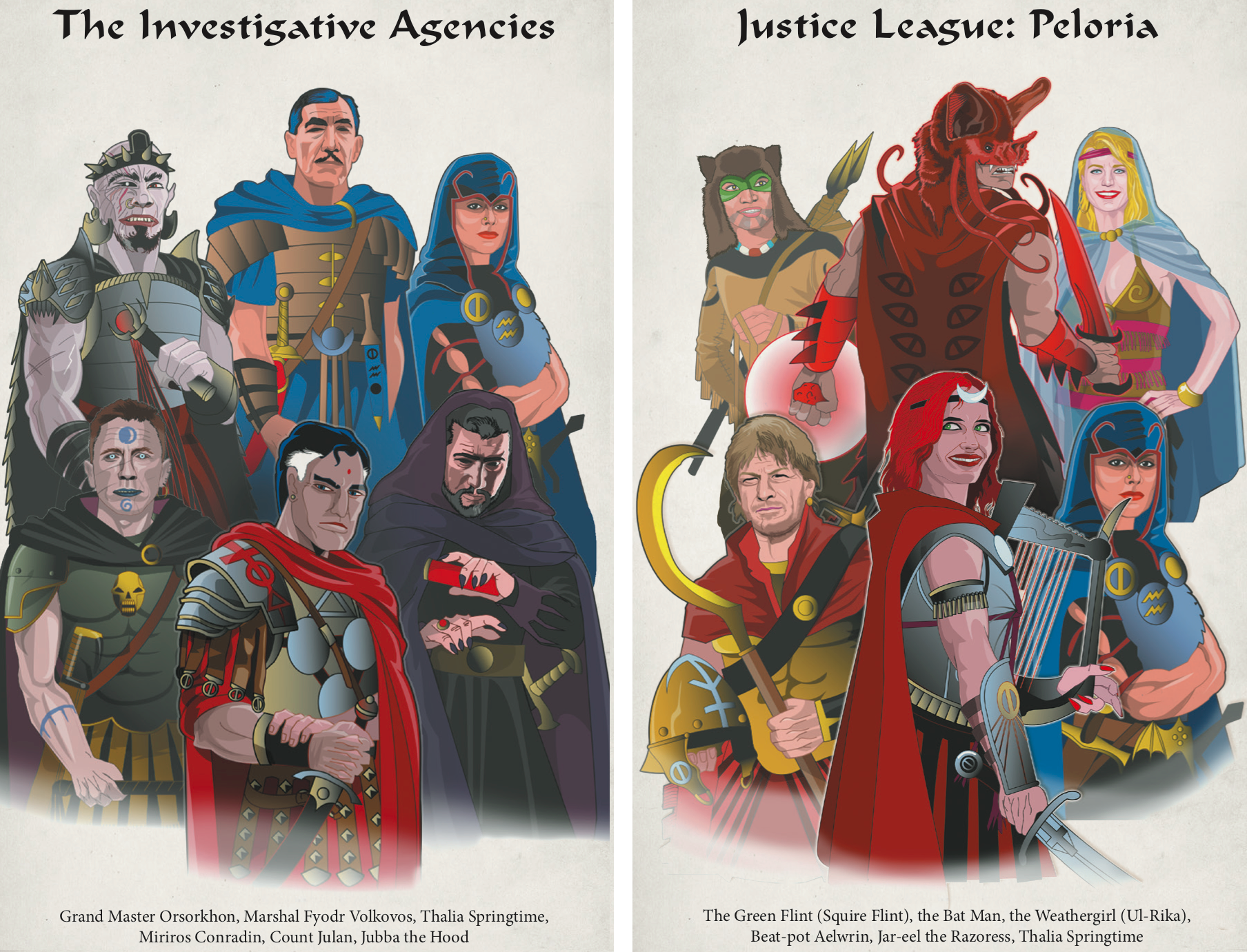 The Jonstown Compendium changes all of that! It’s on the largest RPG download store on the Internet, and creators don’t need up-front funds to handle printing or distribution. Templates help make titles shine, and there’s a strong and growing community of supportive Jonstown Compendium writers and artists offering support. Furthermore, with Greg Stafford’s implicit blessing (“Your Glorantha Will Vary”), the Jonstown Compendium cheerfully dispenses with any need for strict adherence to official canon. 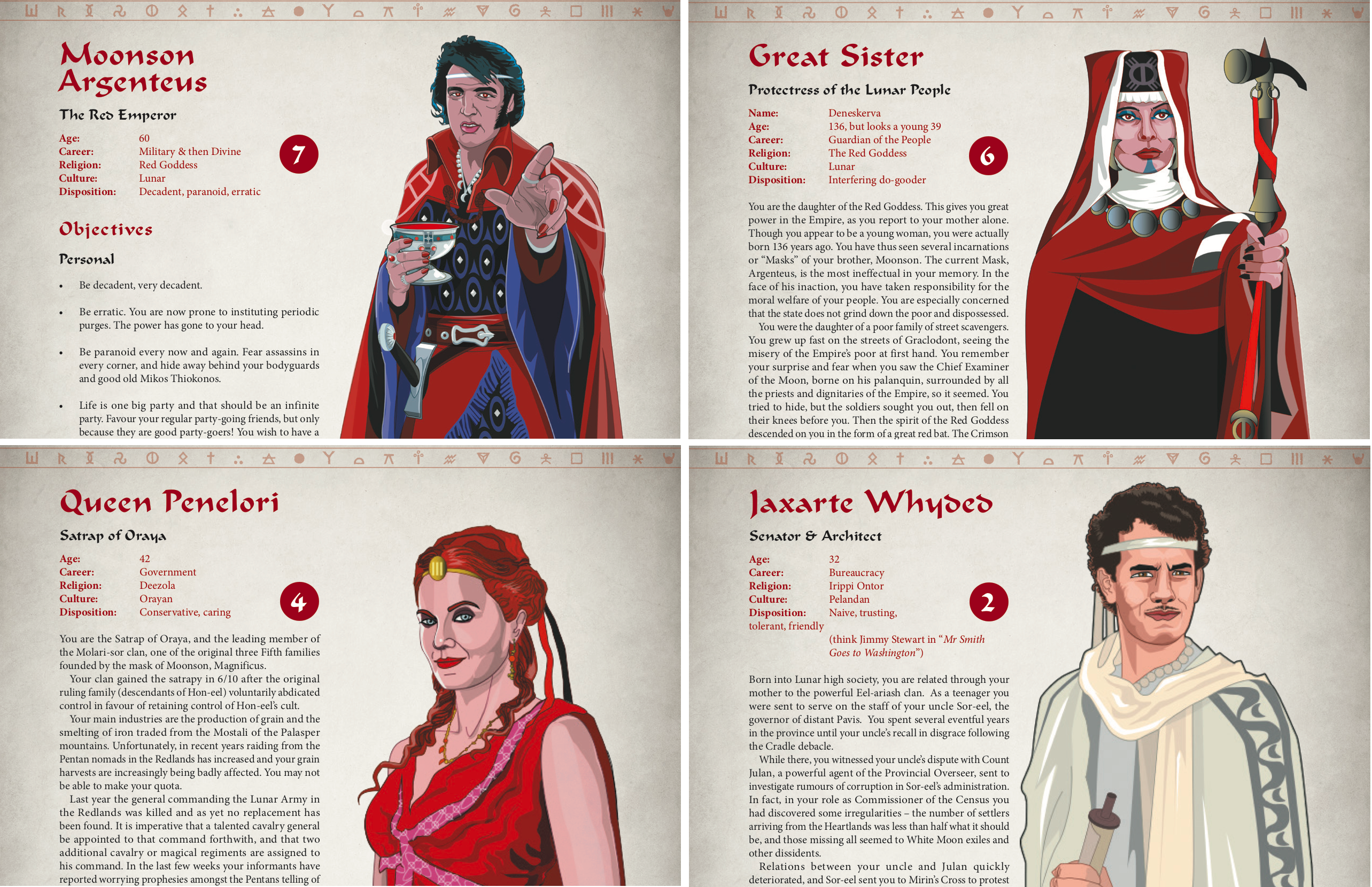 So, following the glorious return of A Rough Guide to Glamour – do check this companion volume out if you haven’t already, you’re in for another treat – Moonson has triumphantly returned! Graced with beautiful new layout, helpful notes from the authors, and deliriously wonderful character illustrations by Dario Corallo, a new edition of this calibre is something we could only have dreamed of back in the 90s. 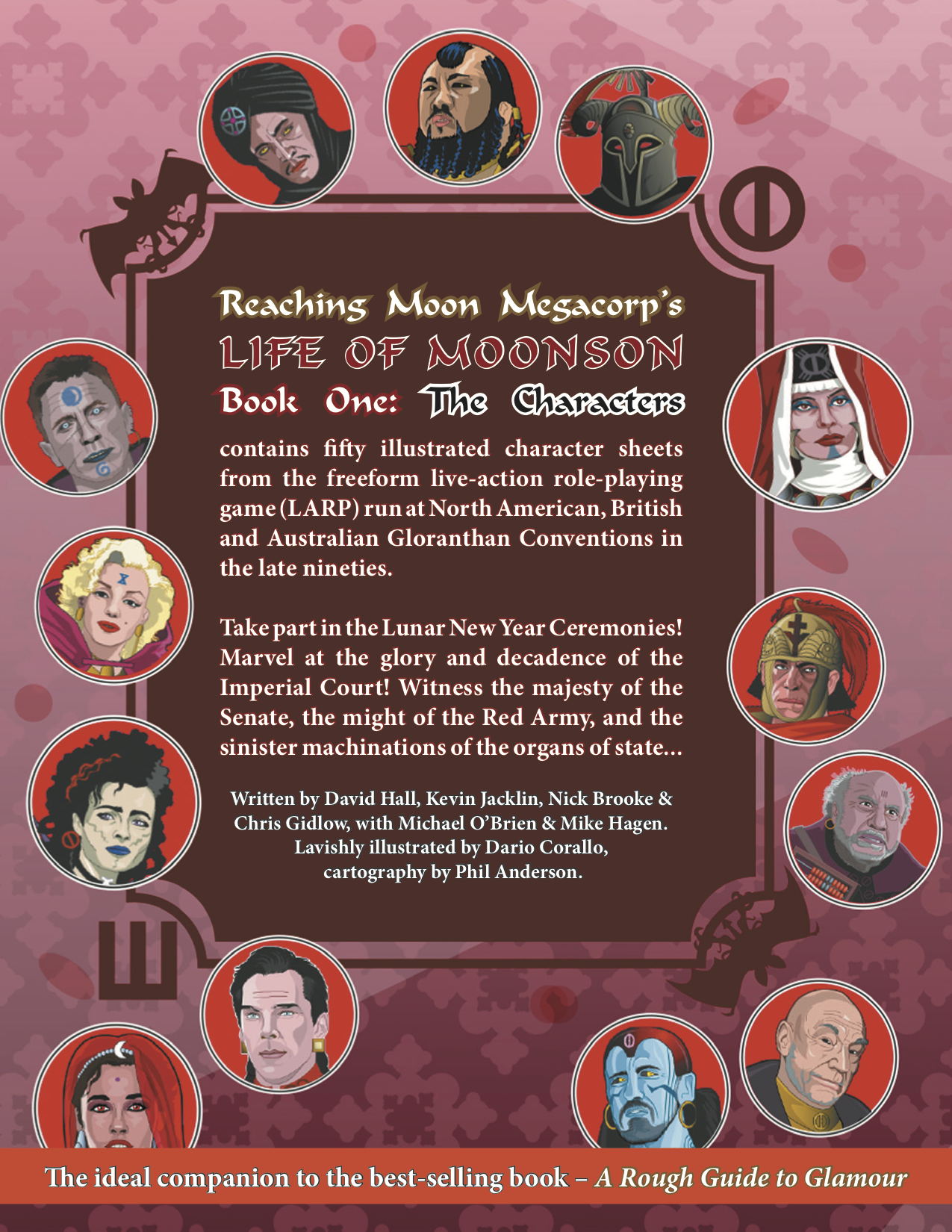 I had enormous fun playing Moonson Argenteus himself at Life of Moonson’s first showing, at GloranthaCon V in Victoria, British Columbia in July 1997. Tales of the devious machinations, treacherous intrigues, and heroic exploits of that LARP, and its subsequent runs in Melbourne, Australia (Jan 1998) and Leicester, UK (July 1998), are still fondly recalled by those fortunate enough to have taken part. 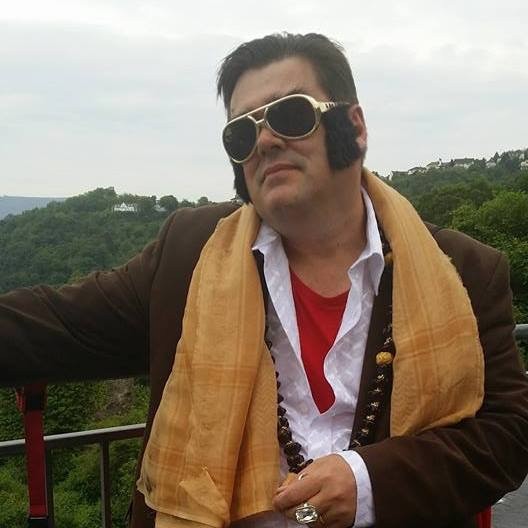 It is wonderful that, through the Jonstown Compendium, these illustrious characters and their stories are now open to the imaginations of a whole new Gloranthaphile audience.