To help celebrate the 40th anniversary of the Call of Cthulhu tabletop roleplaying game, Chaosium's friends the H.P. Lovecraft Historical Society have announced another of their amazing prop sets.

Using a full-page of the 'Arkham Advertiser' newspaper, the HPLHS have revealed a 'Deluxe Handout Set' is in production for the five supplements included in Chaosium's Call of Cthulhu Classic Kickstarter, currently underway.

Featuring a "Broadsheet Newspaper" and "Nearly 100 Props", they promise this prop set will offer "levels of detail and realism to enhance fun and test sanity".

Chaosium's Call of Cthulhu Classic Kickstarter launched on July 2nd and funded within ten minutes. It features the Call of Cthulhu 2nd edition rules, plus five of the earliest supplements for the game, now long out-of-print: Shadows of Yog Sothoth, The Asylum & Other Tales, Cthulhu Companion, Trail of Tsathogghua, and Fragments of Fear. 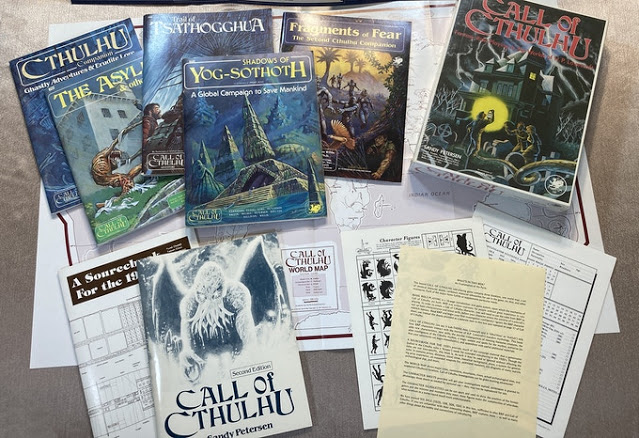 "These early Call of Cthulhu supplements pioneered the use of handouts and props in tabletop roleplaying. With our Kickstarter a new generation of gamers will be able to play them without having to pay collector prices on Ebay. And thanks to our friends at the HPLHS, with the option of the finest handouts imaginable", said Michael O'Brien.

The Call of Cthulhu Classic Kickstarter runs until July 24th, 2021.

The HPLHS Deluxe Handouts Set will be available for purchase separately from the H.P. Lovecraft Historical Society, with a planned release around the 40th anniversary of Call of Cthulhu in late October 2021. 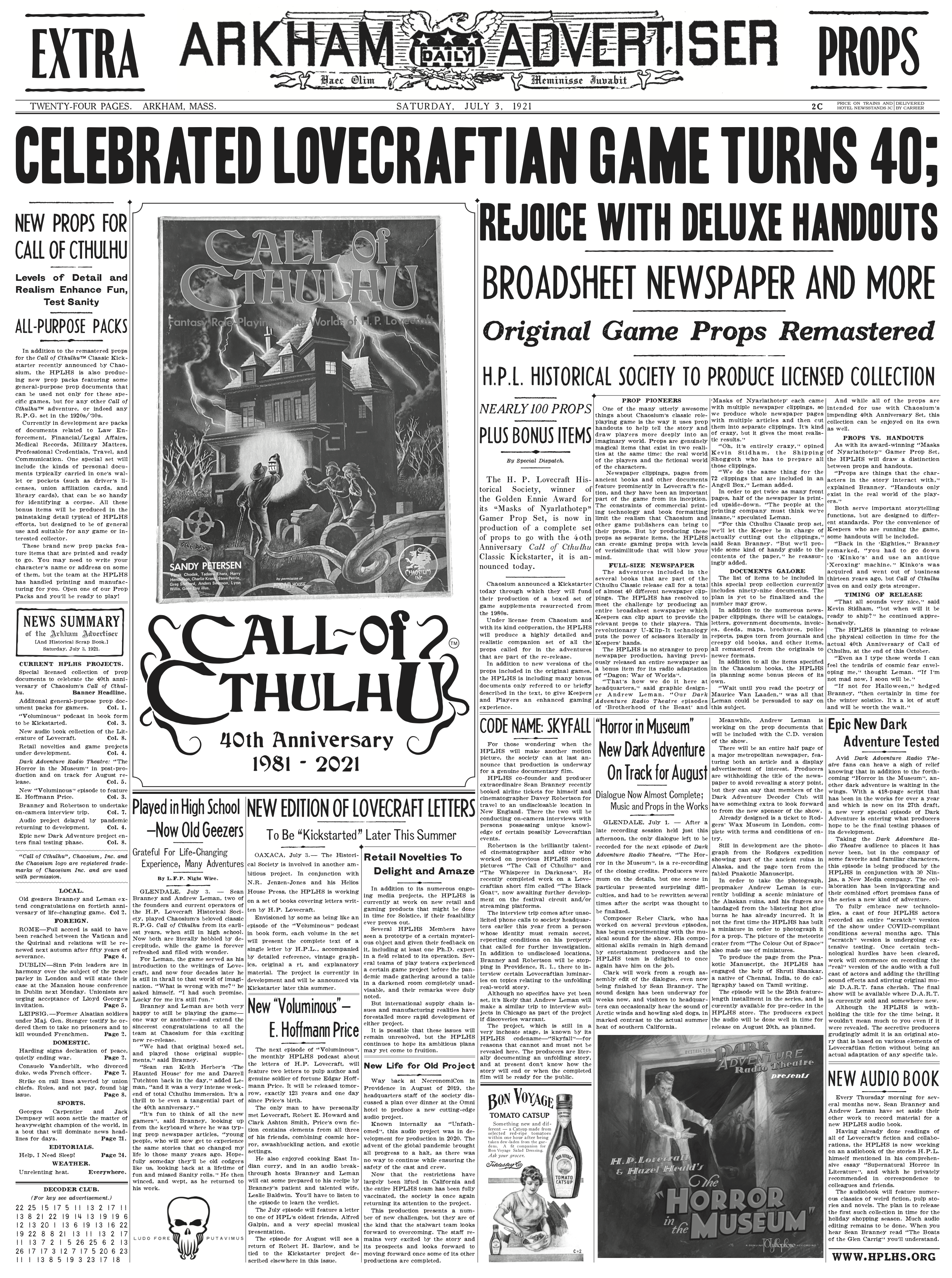