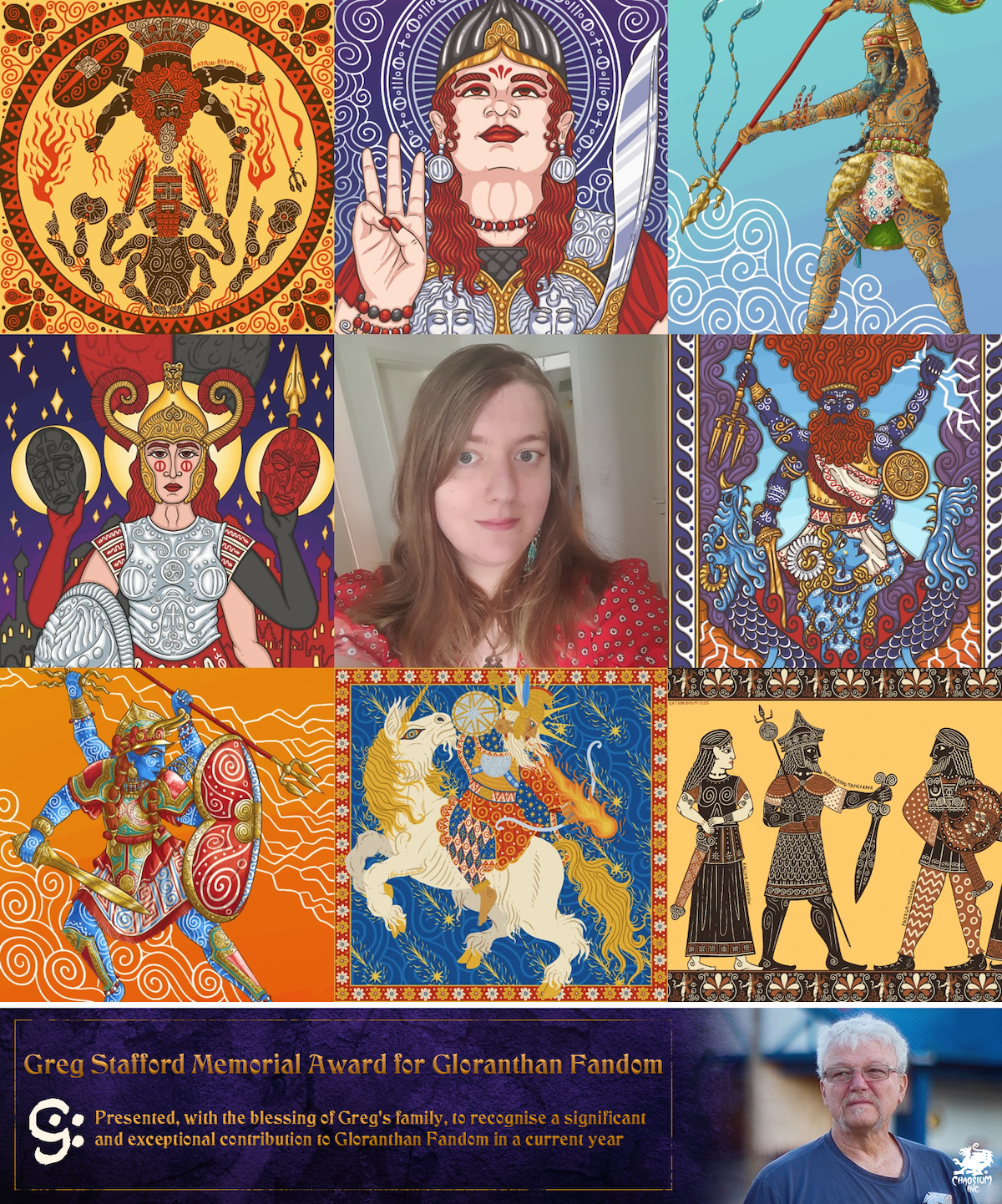 This month marks the third anniversary of Greg Stafford's passing, and we are pleased to present the 2021 award to the artist Katrin Dirim.

Katrin is an artist from Ankara, Turkey specializing in fantastical, historical, and mythological pieces inspired by artstyles from antiquity and the middle ages. After discovering Glorantha only in the last several years, Katrin's work has appeared in the best-selling Jonstown Compendium releases The Armies and Enemies of Dragon Pass and The Corn Dolls & Fortunate Son, and is soon to feature in a number of official Chaosium RuneQuest releases, including The Cults of Glorantha and the Gloranthan Prosopaedia. Her art will also feature in the new edition of Pendragon, currently in development.

Chaosium's Jeff Richard, whose creative director role encompasses all things Gloranthan, praised Katrin's work: "Katrin’s vibrant art captures the essence of mythology - be it real-world or fantasy - like few other artists I’ve ever known. She brings details and symbolic meaning that brings these myths and stories together far better than words can ever do!”

On receiving the award Katrin said,

"While I sadly never got to meet Greg Stafford, I believe the world he created speaks for him. Glorantha is magical and alive, and it embraces a worldview shaped by the lived experiences of diverse people rather than mandating a universal truth. In discovering Glorantha I also found art that is colourful and inspirational, and a community that I have found to be kind and supportive.

I’m honoured to receive the Greg Stafford Memorial Award for 2021, and thankful to Greg and all the artists and community members who created a world that has had a stronger impact on my life than I would have thought any fictional setting could have." 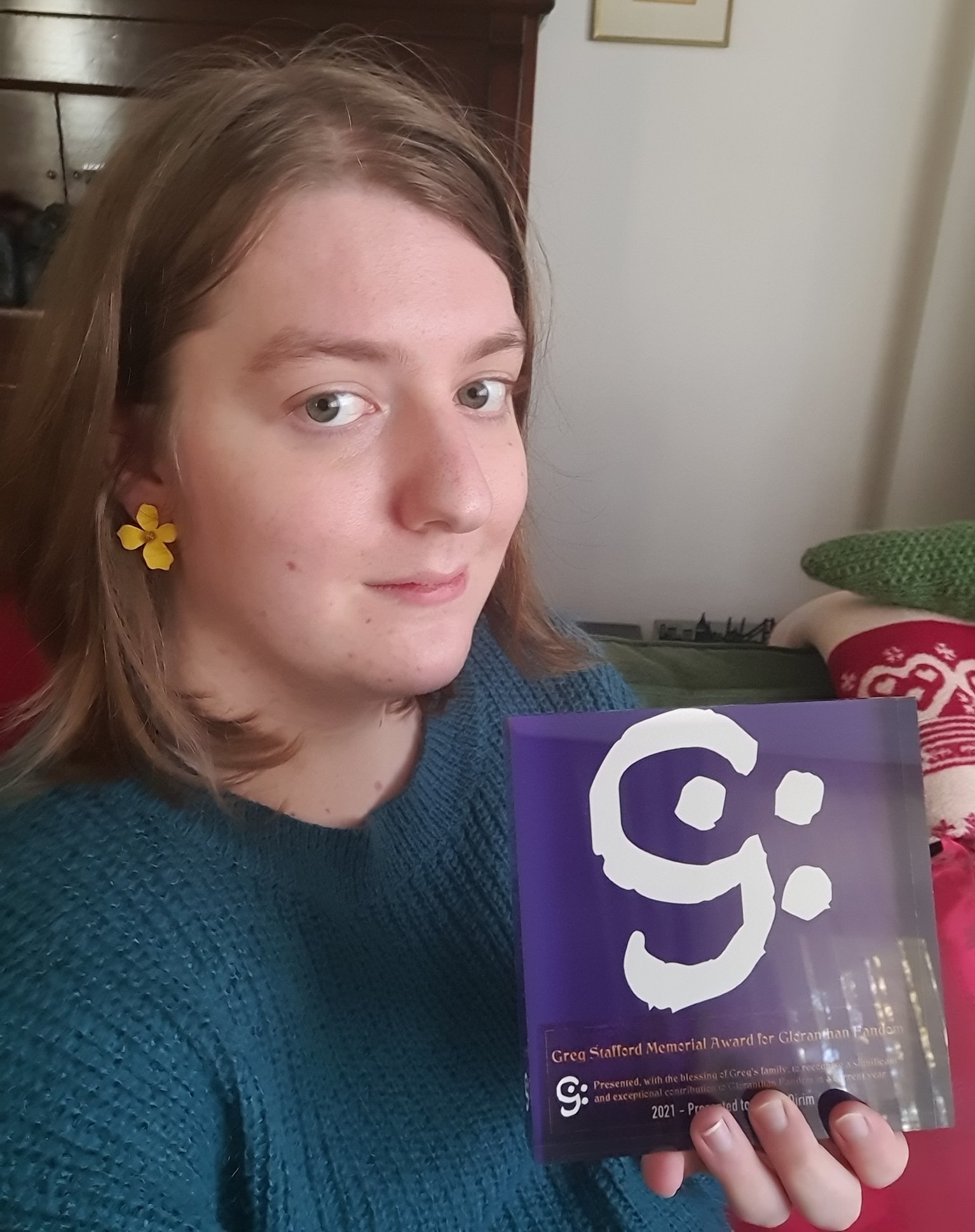 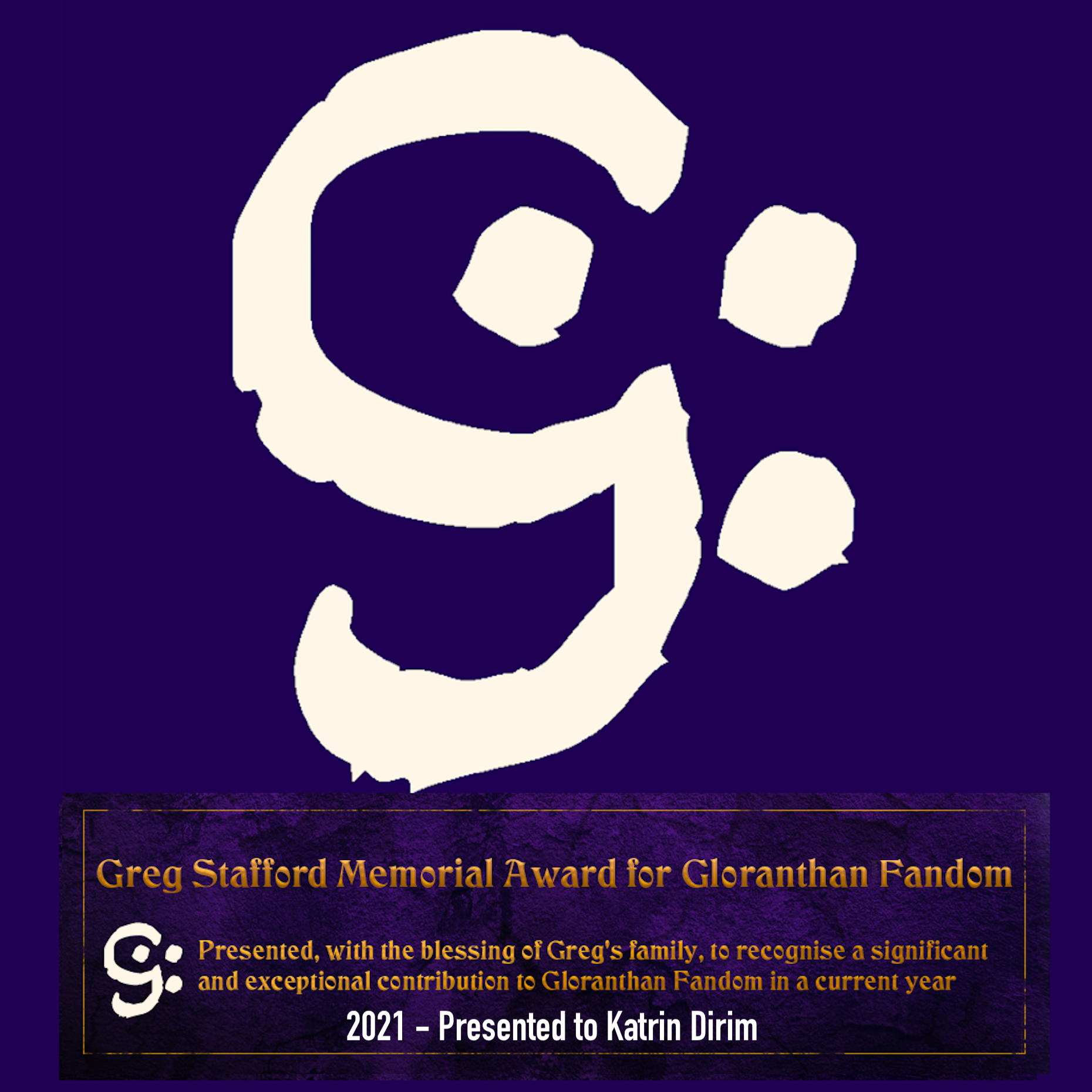