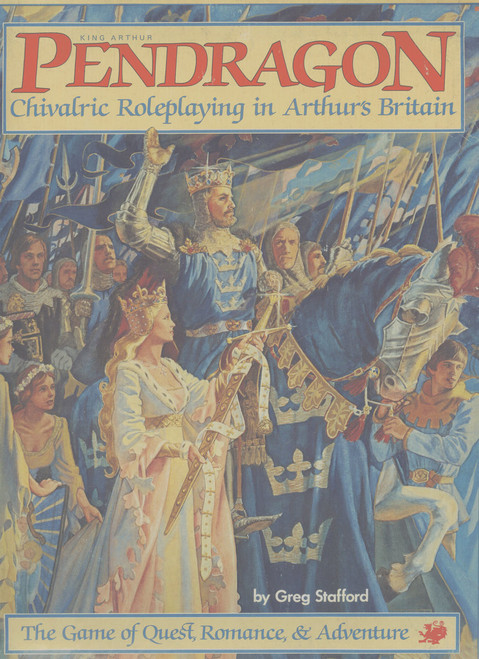 To play the Pendragon roleplaying game, you create and take on the role of quite, knight, or noble of the realm. Armed and armored, you overcome life and death struggles, impossible frustration, and ruthless enemies to join the Fellowship of the Round Table

The gamemaster leads the other players in interpreting the Pendragon rules and is central in bringing the adventures to life. He commands the magic of Merlin and Morgan le Fay, the actions of King Arthur and Queen Guenever, and the schemes of Mordred and Agravaine.

Campaign Play - customs, manners, and weapons change during teh phases of Arthur's long reign. Over these years your character-knight begets a family whose reputation depends on the glory he achieves. He passes his hard-won inheritance and grudges to his sons. Up to four generations of knights will live and die during Arthur's reign.

The Game of Quest, Romance & Adventure