STEVE PERRIN: Fired up by this concept, I started working with this group. I had spare time at work, access to electric typewriters, and can type 50 words a minute. No personal computers sitting on every desk in those days. Clint lived across the Bay in San Francisco and dropped out quickly. Art and Henrik dropped out as I developed concepts like no classes, no experience points, and direct attacks against attributes. Ray stuck with me and I added my old friend Steve Henderson and my housemate Warren James to the mix.

Initially, the game had three character classes: Fighter, mage, and thief. The innovation was that any member of these classes could get training in the other professions at a premium compared to what they had to pay in their own profession. Percentile skills were already involved with the idea that when a fighter got to 100% in his skills he became a Rune Lord, a mage who got to 100% became a Rune Priest and gained access to Rune Magic, and a thief who got to 100% became – er- what would they become? Rune Merchant was suggested. This quandary was one of the incitements to conceiving that the classes were too restrictive. I was soon pushing to eliminate classes entirely. Perhaps too much of a modern American democratic model, but there you are.

Similarly Experience Points were equal to gold pieces, which you had to pay out for training. Dropping XP and just spending gold for advancement was actually a concept Jerry Jacks (another of the Monday gamers) and I had pioneered with a proposed D&D class we called Sages, published in the Alarums and Excursions APA. It seemed to fit Glorantha, so we adopted it.

I disliked the D&D concept of gaining competency by reaching some meta-game “level” that has no actual reality in the game. I conceived the idea of all abilities essentially being skills, and attaining greater skill through experience. I also conceived the idea of having to roll over one’s current skill to attain increase. This was actually something of an afterthought, as the original concept was simply to pay for training with treasure.

A factor of my game playing is that I have notoriously bad dice luck. In one of my regular games these days, the common knowledge is to never borrow my dice because the bad luck will rub off. In RuneQuest this means that I roll high (when I need low) to hit targets and roll low to do damage, or gain from experience. Several years later, George MacDonald, co-author of Champions, asked me why if I had such bad dice luck I came up with a game that depended on dice rolls to advance a character. All I could say then, and now, is “It seemed like a good idea at the time.” It still seems like a good idea and several fans have reinforced my opinion. I think they all have better dice luck than I do. 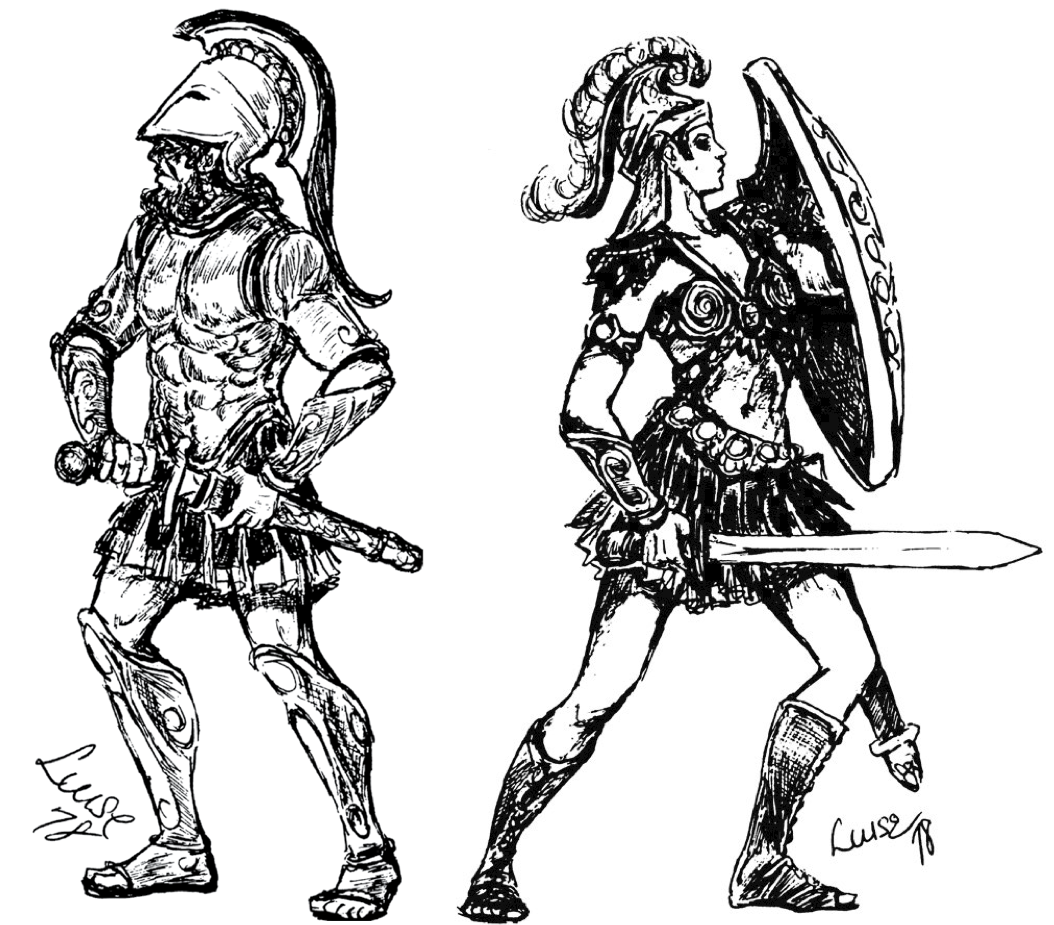 Next: Ha Ha in the Basement