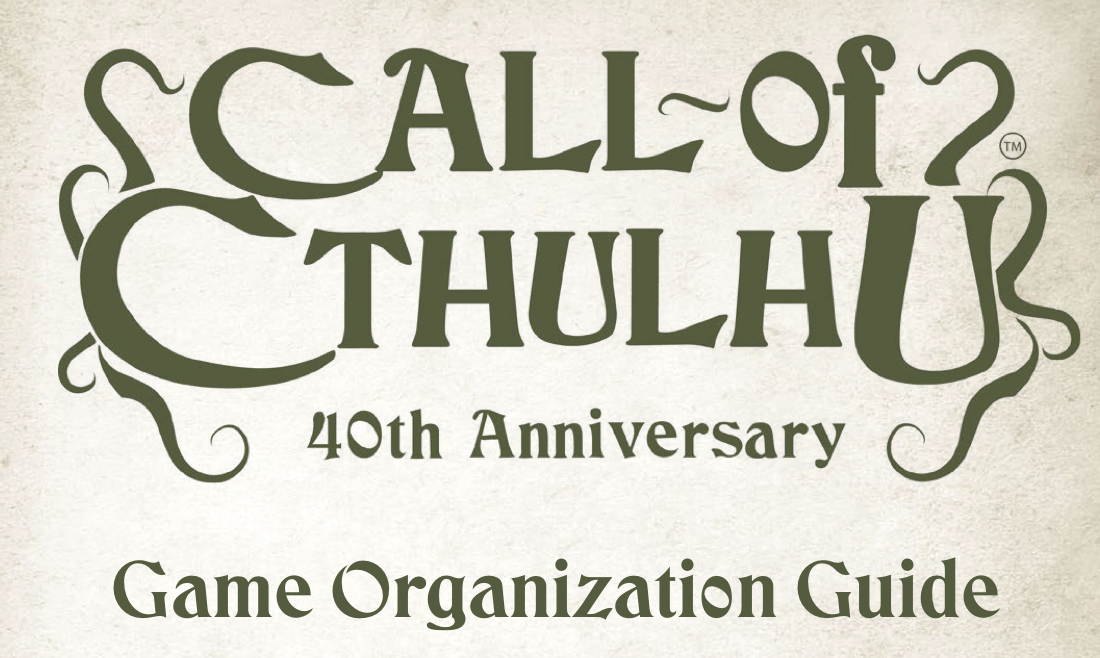 Way back in 1981 Chaosium had a wild idea. Using the skill system first seen in RuneQuest, it could be possible to run a horror story in which investigators fought against the uncaring cosmic horror of the H.P. Lovecraft's fevered imagination, just like the story The Dunwich Horror. And so the game Call of Cthulhu was released upon the world!

This month, October 2021, we invite you to celebrate the 40th Anniversary of Call of Cthulhu. Run a game in a game store, online, or even a night of changing it up with your home group. Maybe take a few hours to show players who haven't tried it yet, the fun (and insanity loss!) of a horror-based roleplaying game.

We have created a helpful free guide to running such a game in PDF form! Which you can download from here:
Call of Cthulhu 40th Anniversary event

Here you can find our 40th Anniversary Game Organization Guide with tips on:

We also have a handy sign up sheet that you can post online or stick on a game store's cork board to recruit players: 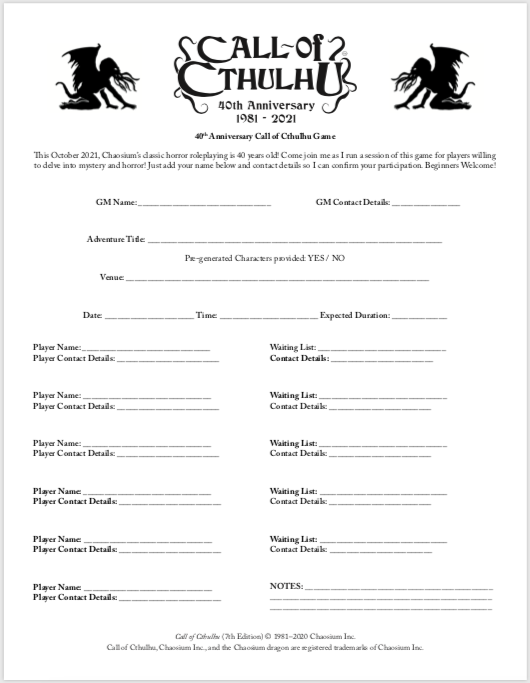