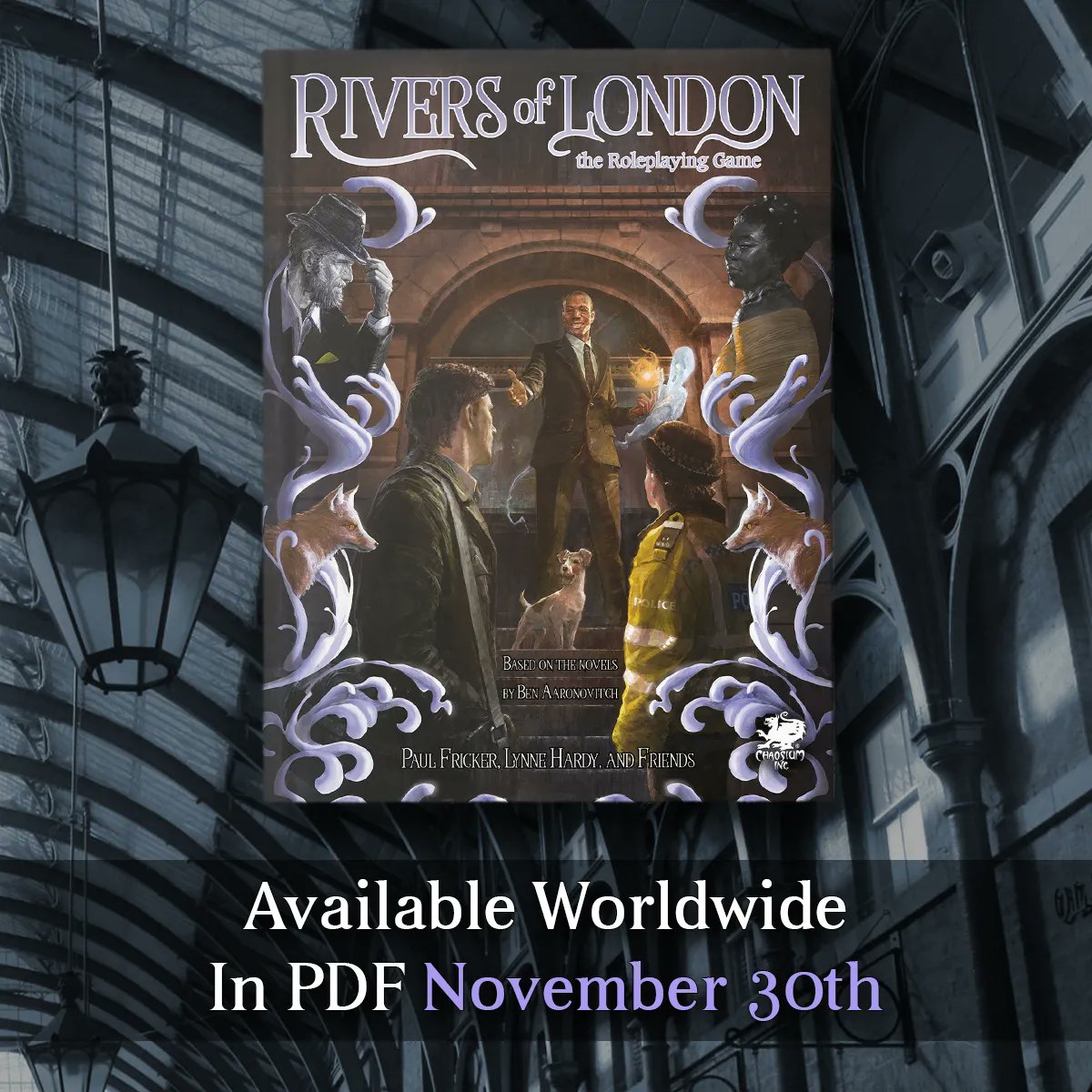 “I think becoming a wizard is about discovering what's real and what isn't.”– Ben Aaronovitch

Solve mysteries, and come to grips with those who have been irreversibly changed by magic. Out November 30th!

In Rivers of London: the Roleplaying Game, players take on the roles of newly recruited members of the London Metropolitan Police Service’s special magic branch, aka “the Folly.” You will solve mysteries, catch criminals, and come to grips with the “demi-monde”—those who have been irreversibly changed by magic. Rivers of London: The Roleplaying Game will be available in PDF November 30th*.

*purchase the PDF from Chaosium.com, and when the hardcover version is out next year, the cost of the PDF is deducted from the price.