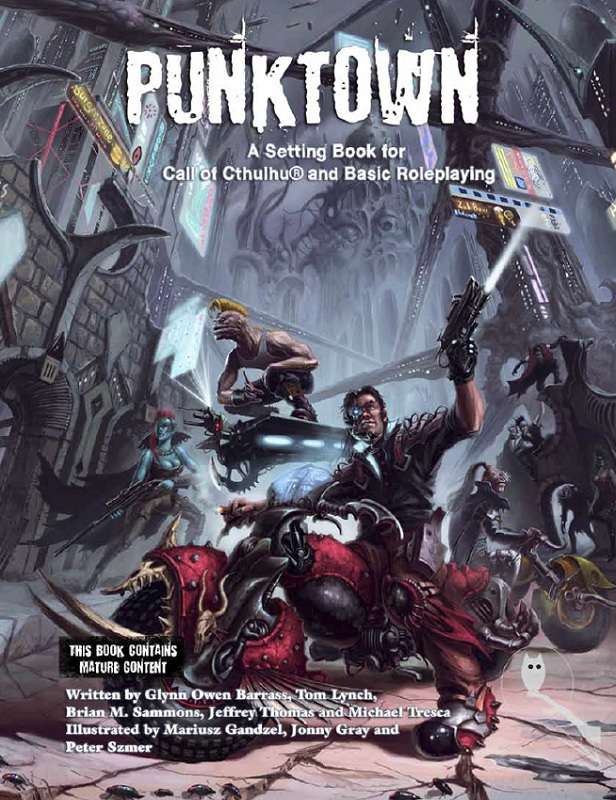 We have previously reported on the progress of the Miskatonic River Press's much delayed Punktown Kickstarter.

Today we received the welcome news from Angus Abranson of Chronicle City that backers have now all received their PDF copies, and as soon as print proofs are approved, printed copies will be sent out immediately.

Punktown was launched on Kickstarter way back in November 2012, so it is great that this licensed project is being seen through to the end at last—many thanks to Angus and the team at MRP for their persistence!

Punktown, A Setting Book for Call of Cthulhu & Basic Roleplaying is now available in general release (PDF only) at DriveThruRPG.