You should become our RuneQuest historian…

That’s what Greg Stafford said to me in January of 1994. We had just spent an hour energetically chatting about early RuneQuest books and how they came to be. Even though we had just met, Greg graciously signed many of the items in my box full of RuneQuest supplements. My whole collection. In one comic book box. Almost 30 years later I am surrounded in my home office by bookshelves that hold the majority of my collection.

I didn’t start out intending to write a book. For over a decade of collecting I got by with a simple checklist and an ok memory for what each item in my collection had in it. As an auctioneer at a number of collectable auctions I tried to inform buyers about an item’s contents with my own lighthearted and humorous style. Online, I would sometimes answer questions about some of the more obscure items I had when asked by others who were trying to track them down. I acquired the nickname of “Mr. Suitcase.”

Somewhere along the way I acquired a copy of The Revised Stafford Compendium, by Tales of the Reaching Moon editor David Hall and John Dallman. Over the course of 12 pages it listed, with brief notes, every publication that Greg Stafford had written or contributed to from 1974 through 1992. 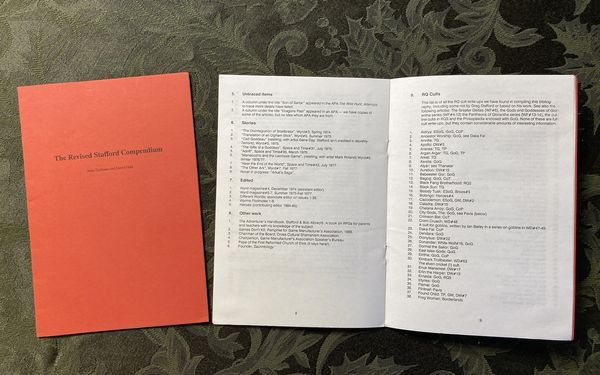 In 1995 I mentioned to David Hall that his book would be worth updating, and he promptly said I was welcome to do just that. When I started typing I realized that I didn’t want to just add Greg’s latest works, and I decided to include everything that was published for Glorantha and/or RuneQuest regardless of the author.

I assembled my first working draft and shared it with the Gloranthan community. They found numerous omissions and corrections and helped me update what became 72 pages of material. The Meints Index to Glorantha (MIG for short) was published by the Reaching Moon Megacorp in 1996, just in time for the Convulsion 3D convention in Leicester. We sold all 500 copies of it over the next year or two. 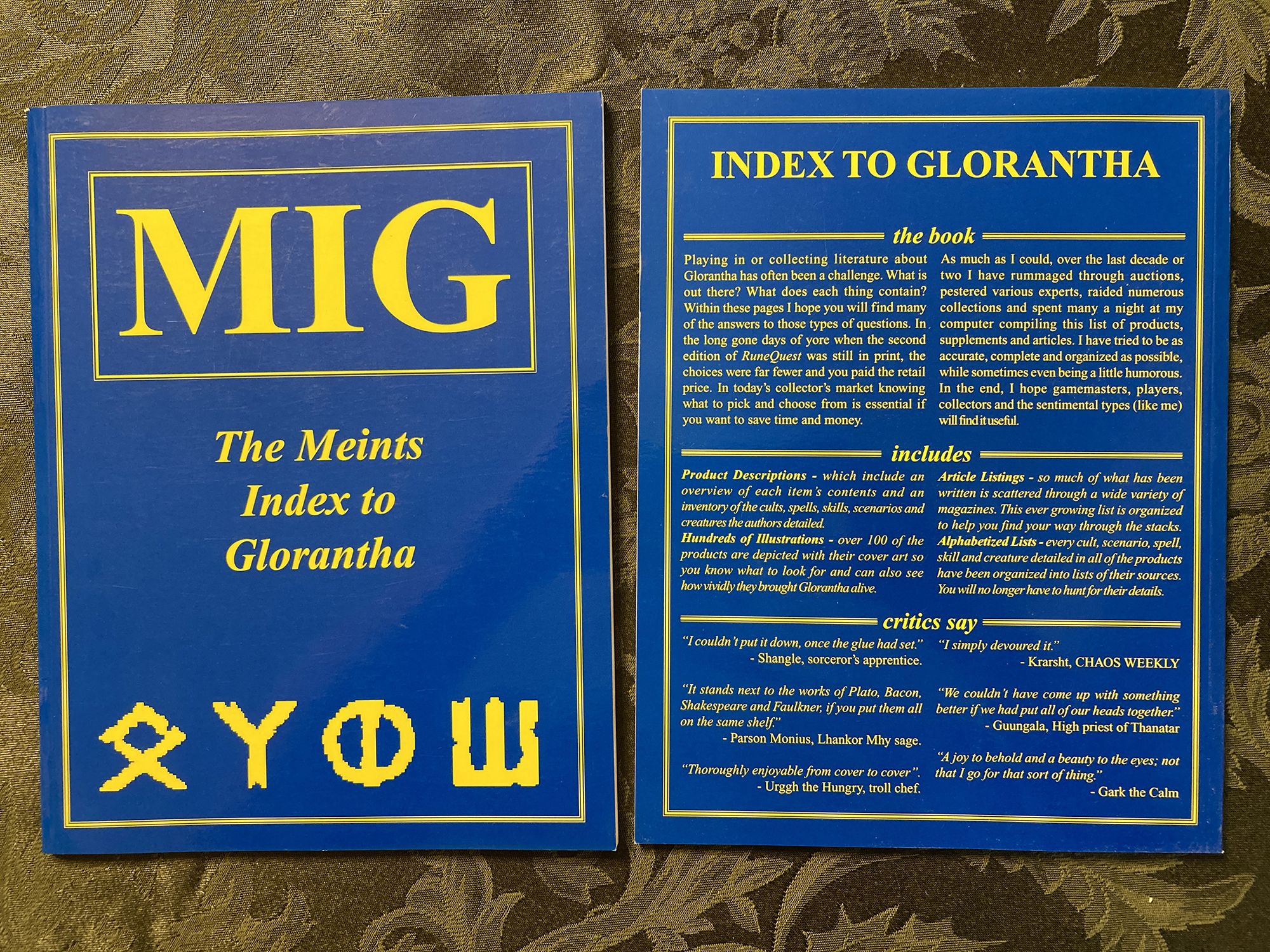 The first edition of the MIG. Gotta love that jagged rune font...

My collection of RuneQuest and Gloranthan publications kept growing. I was aided by a number of fellow Gloranthans who happily passed on leads to rarer items when they came up for sale. Enough new material was published as well as discovered that a 124-page second edition of The Meints Index to Glorantha (aka MIG2) was published in 1999. Its single printing of about 750 copies took a few years to sell out as well. 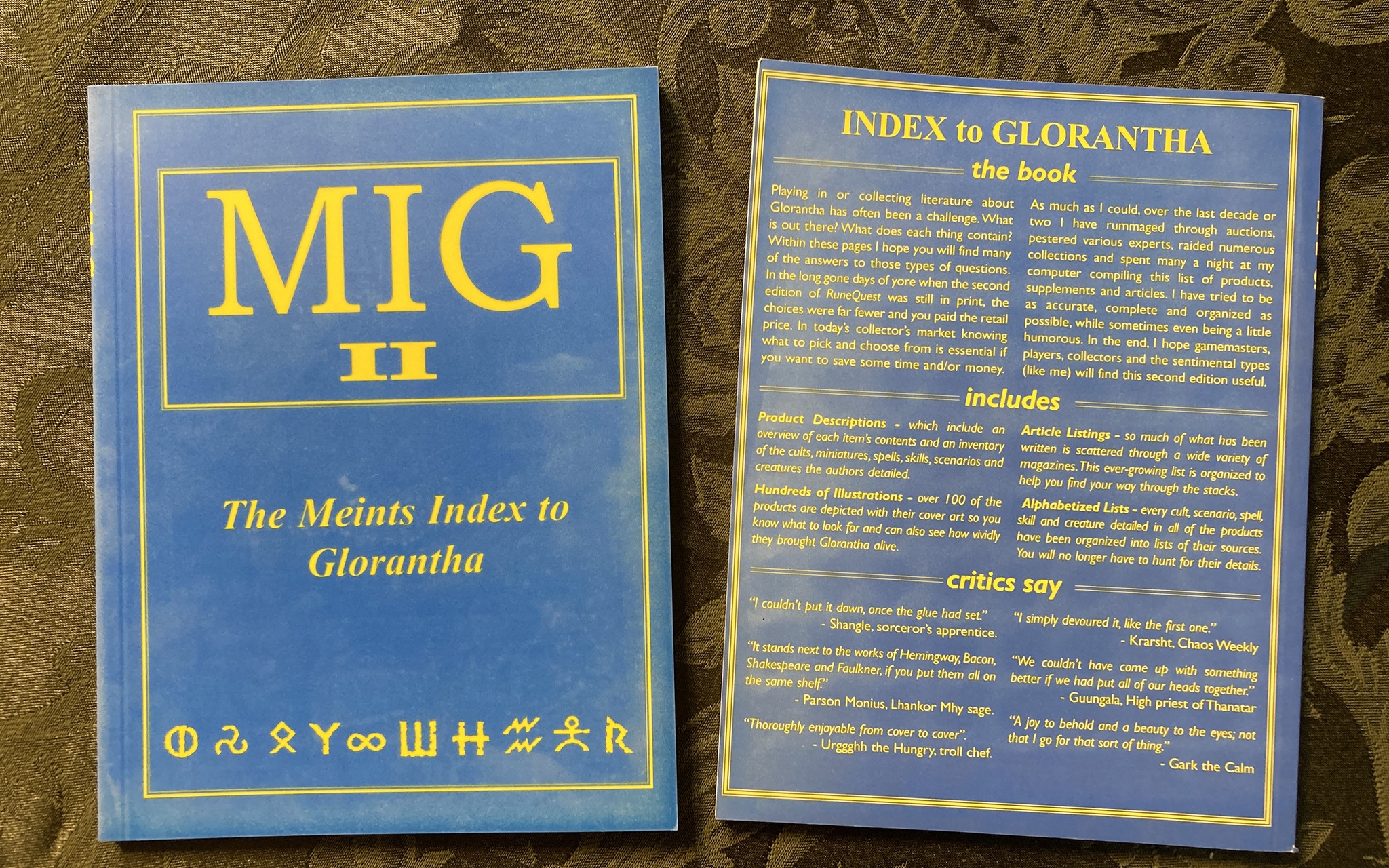 The second edition. I started joking that if I kept doing more editions I would someday hopefully get to MIG-31. Sunlight is never kind to this edition's cover.

When my family moved back to the US in 2002 I focused on other Moon Design projects. Regardless, I remained an active collector who scoured the internet for additional items for my collection. Over the years I updated my collection lists in bits and pieces, but I didn’t expect to publish another edition of my book. Then one day just a few years ago it dawned on me that the MIG2 was 20 years old, and had become one of those out-of-print rarities that collectors occasionally asked about and wished they could get a copy of.

Over many nights and weekends I started chipping away at updating the 1999 text. I started photographing items from my collection and scanning in nice color versions of book covers. The manuscript grew, and when I started doing the layout of the book I didn’t expect it to get to 264 pages in length, yet it did. 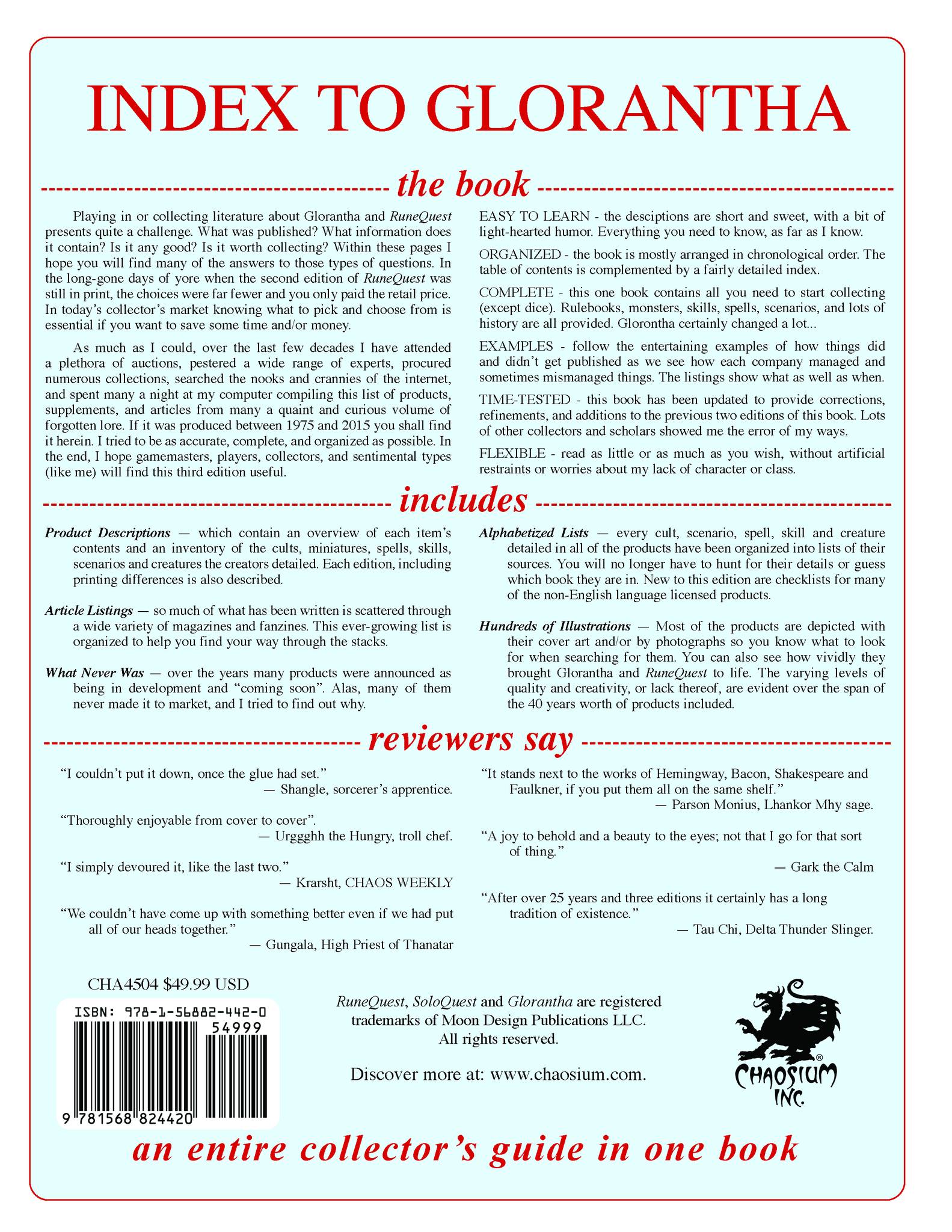 You might notice I was inspired by a certain iconic book's back cover...

How did it grow so much? It comes down to a few factors. The book now spans 40 years worth (1975-2015) of publications and miniatures produced by dozens of companies. The internet made it much easier to track down more information on the development of many of the items, as did me tracking down and speaking with many of the authors and publishers. The new edition is more visual than the first two editions, and in color too. 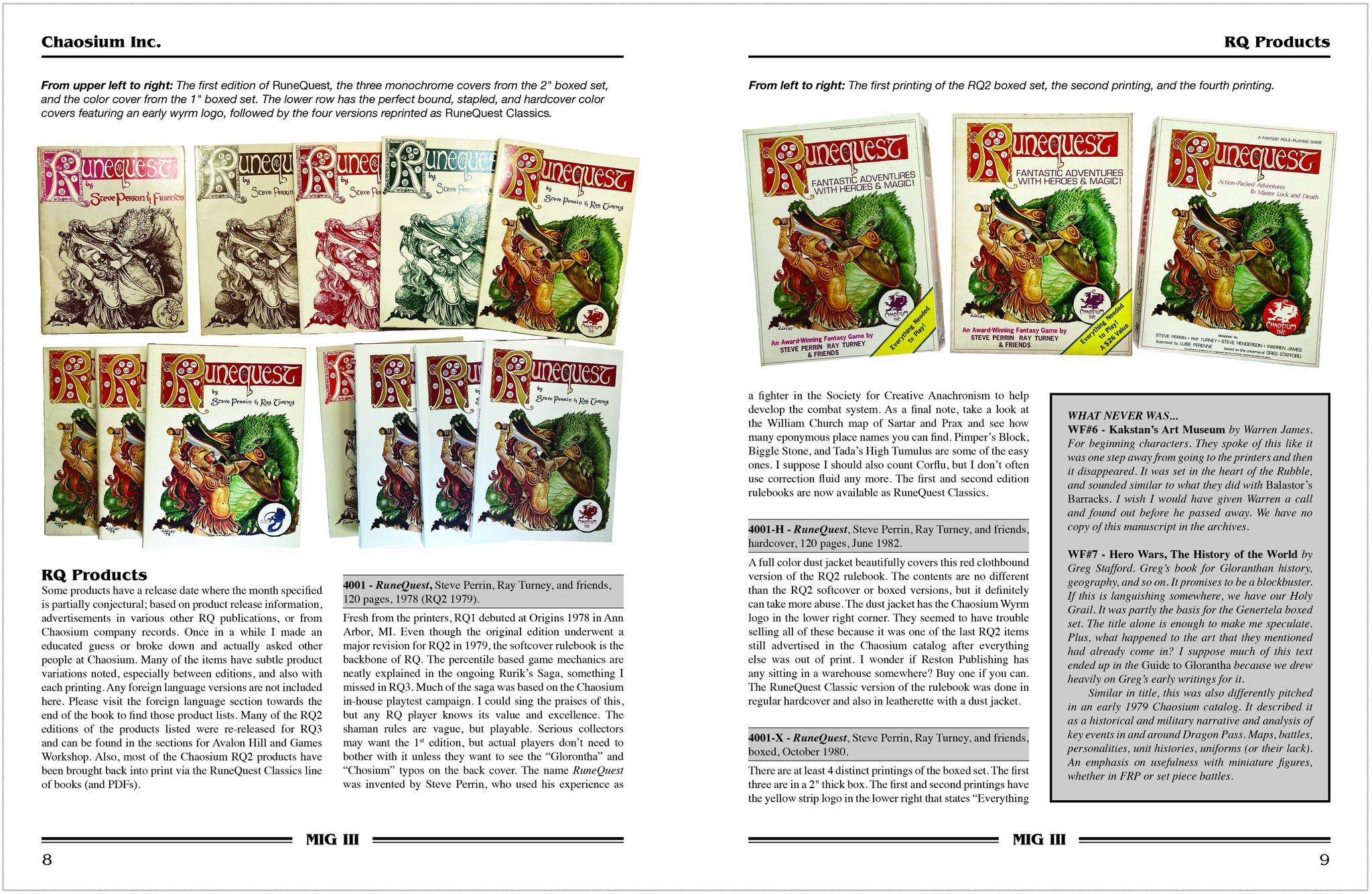 This is how completist collectors roll... 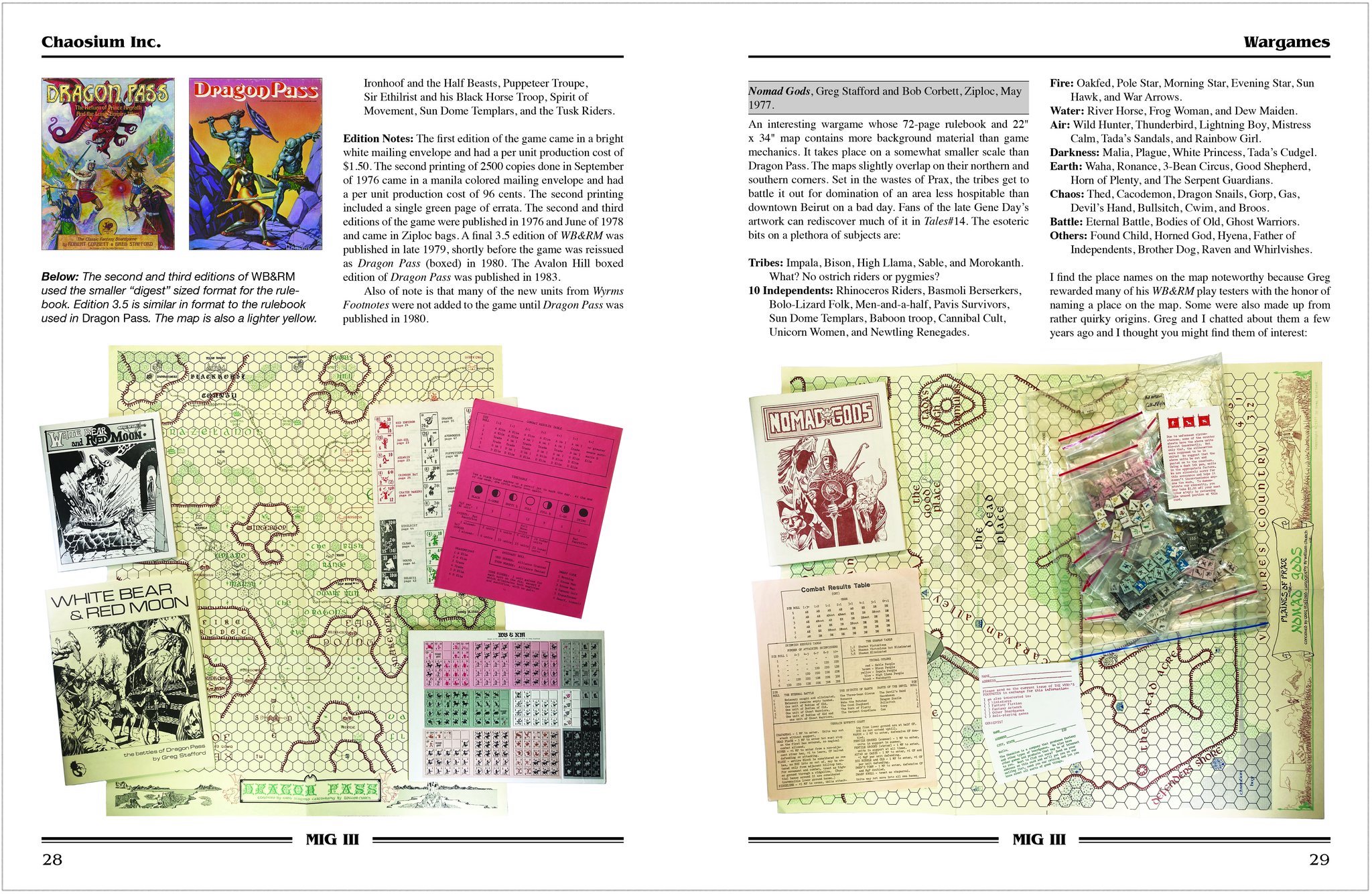 Lots of photos from my collection. Our dining room table worked well for this.

Please don’t let the name fool you. While the choice of title was an attempt at being clever, the scope of information found in the MIG3 is far beyond a simple list of items. I describe what is in each publication, and sprinkle a fair bit of history along the way. The Table of Contents page shows what is covered, and I hope the sample pages entice you to read more. 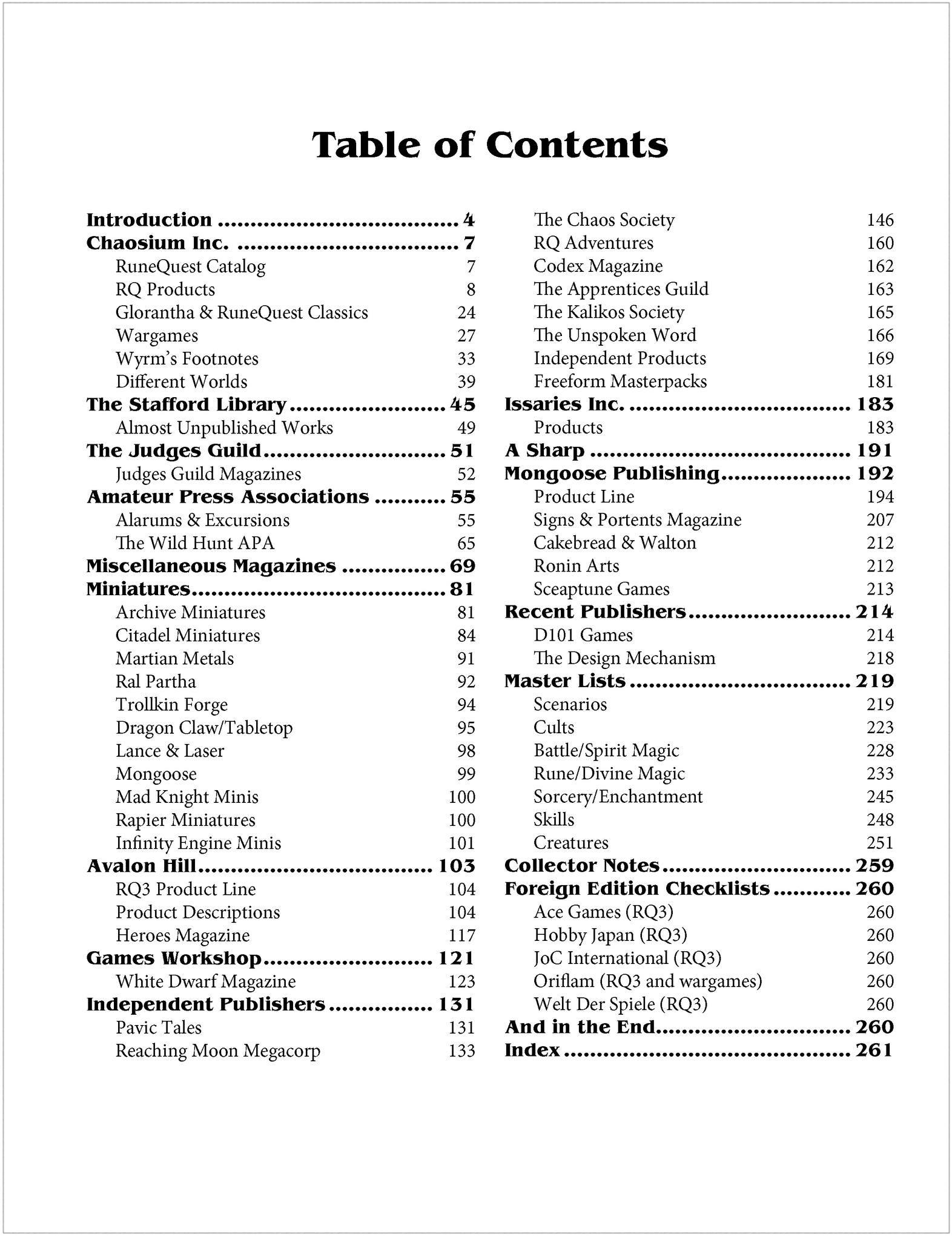 The Table of Contents shows you the range of what I cover over 264 pages.Note that although the book has "Index" in its title, the actual Index is only the last 4 pages...

The MIG III is a collector’s guide, a history book, and a reference manual all rolled into one. Oh, and it's now out in release as a PDF, and then shortly after that it is off to the printers! 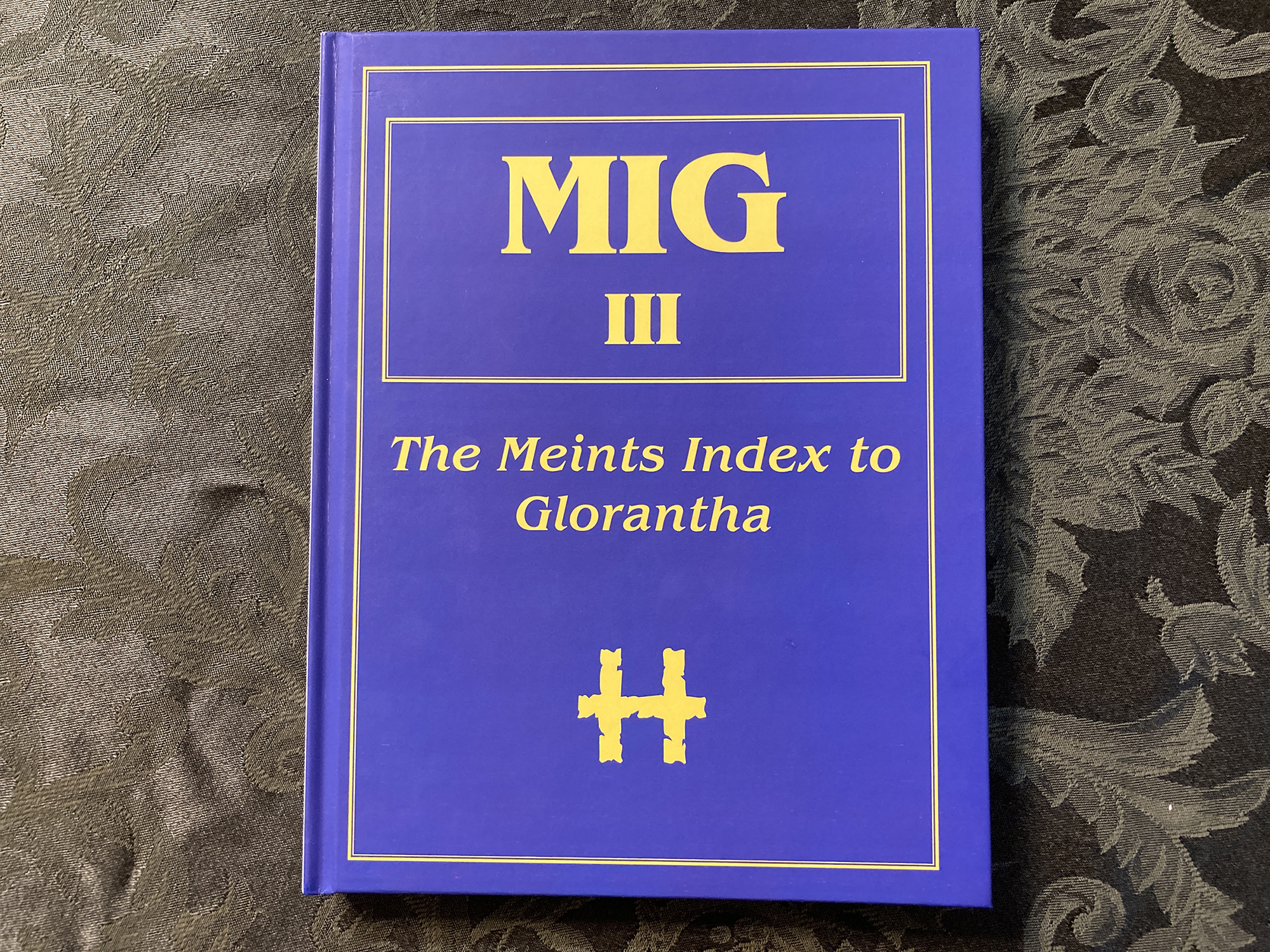 POD test print of the book, with just a provisional cover. Along with the regular hardcover version we will also be doing a limited edition blue leatherette with gold foil.