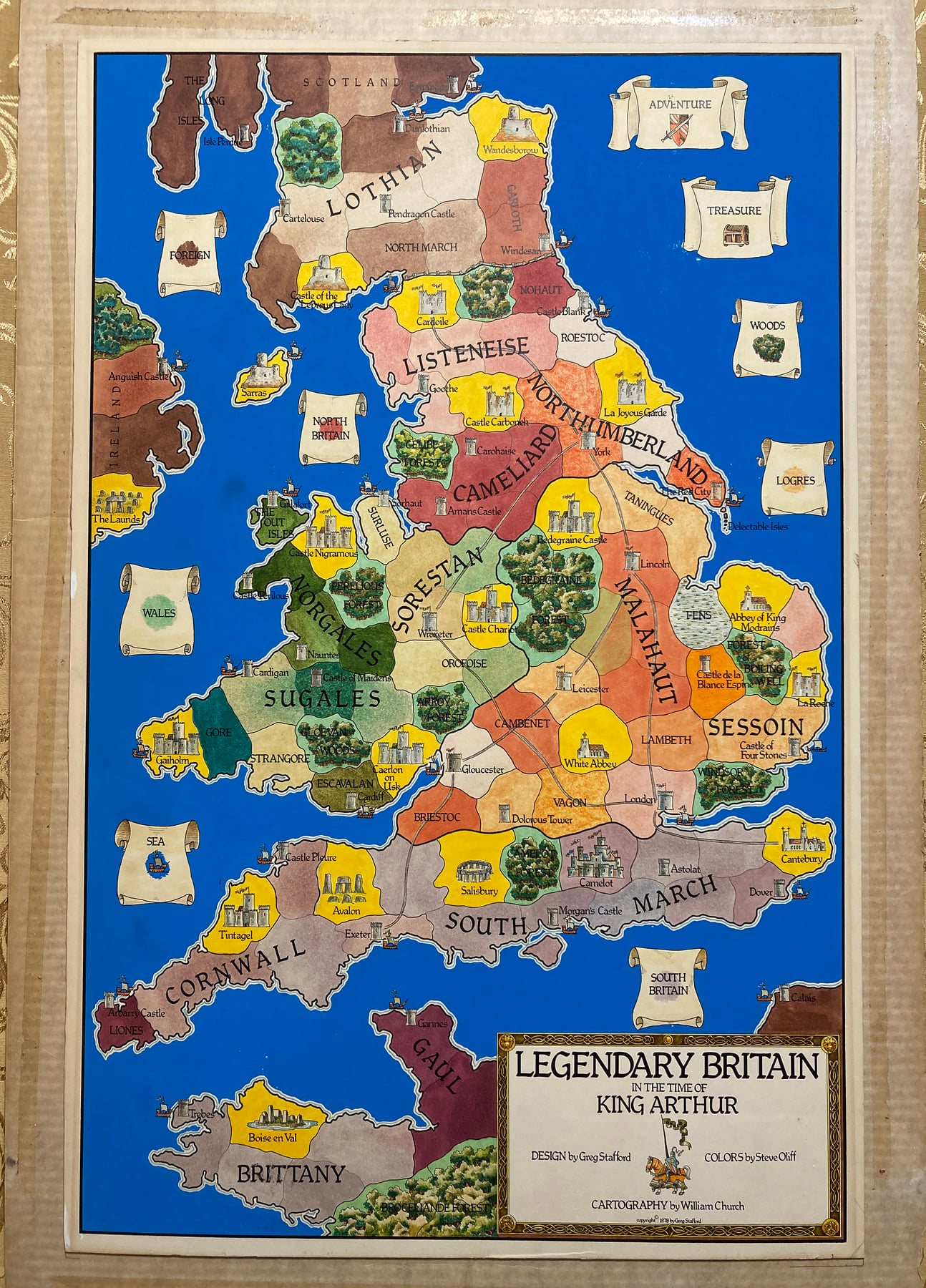 In late 1978 Chaosium published King Arthur's Knights by Greg Stafford. It was to be our sixth and final new board game for almost a decade (until Arkham Horror in 1987). For $9.95 you got a zip-lock bag that contained a poster map board, a 16-page rulebook, a sheet of standees, and 11 decks of tiny cards.

I chatted with Greg about the game on a few occasions and his one power-gamer tip for the game was "don't take a wife". I thought he was joking until I read the rules. As for what the game was like, Greg described it thusly:

"I love King Arthur (you don't say–Ed.*), and I wanted to do a game based on the legend. William Church did the gorgeous map. It’s a pretty simple quest game, and you get to choose what kind of knight you wish to play: beginning, regular, or superior. You march around the board and choose cards for the encounters in each region. The cards are opponents that remain there afterwards, roll dice to fight them. If you defeat them you take the card off. It has special places, etc., and you play until someone gets enough points to win. The farther north you go, the tougher the opponents are. Beginning knights have to stay south. And to prevent the tough knights from mopping up the south, and depriving the beginning knights of their natural adventures, there are really powerful women there who can disable the powerful knights, but who can be ignored by beginning knights. Game balance, you know. The flaw in the game is that you have to leave cards on the board, so that that pretty thing gets all covered with cards. This is easily solved by just putting them to the side, and shuffling the deck when you need to start over." 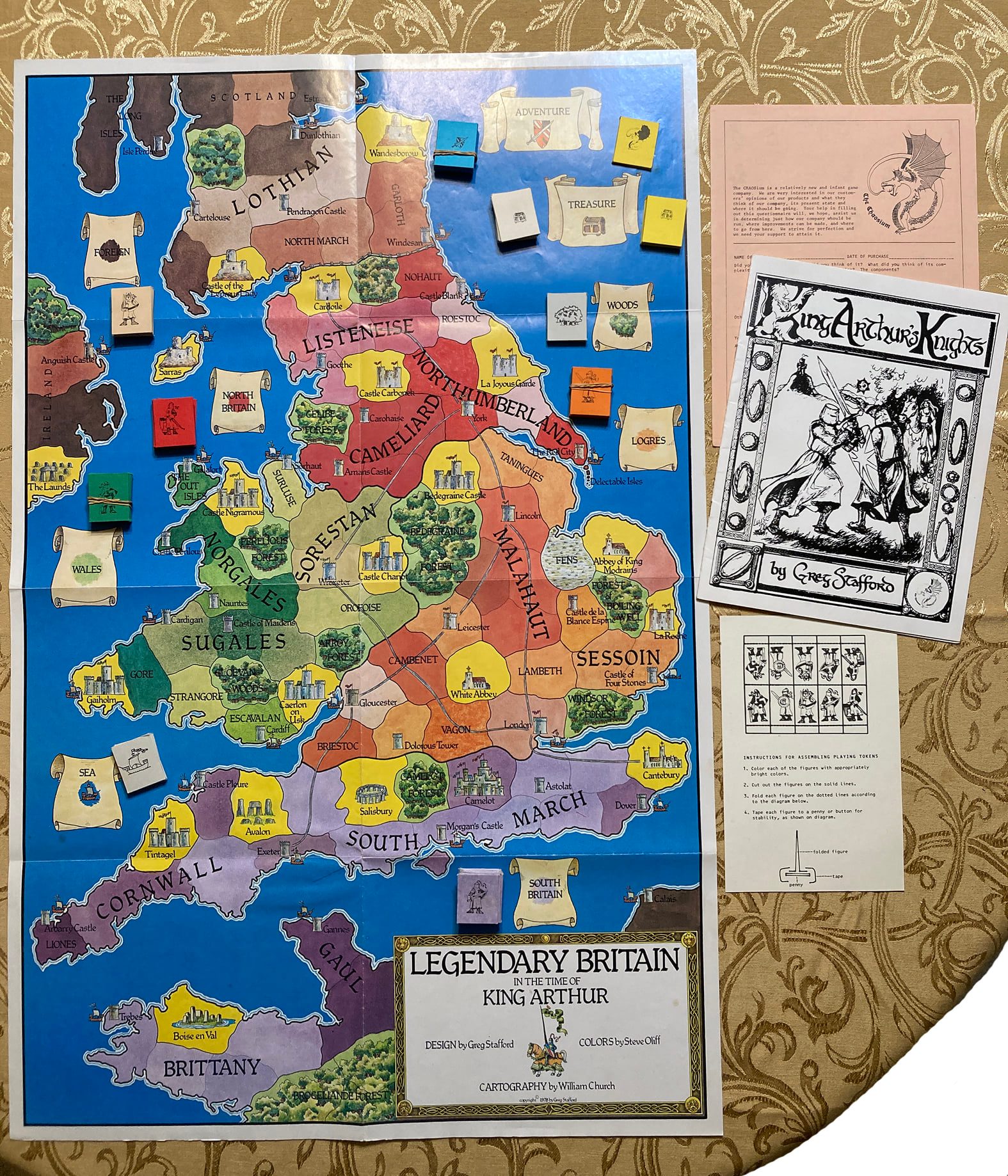 *Of course, Greg went on to most famously explore his love of King Arthur with his game Pendragon, first published in 1985 and still in print today.