'More than just a Screen' – the Call of Cthulhu Keeper Screen is now available on Roll20! 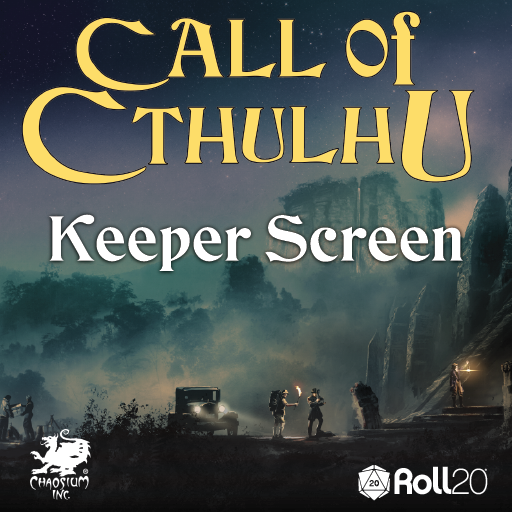 The Keeper’s Screen Pack enhances your games of Call of Cthulhu with scenarios, reference tables, and maps that increase the flow of play, and help to immerse you in the horror of the Mythos.

The Keeper Screen is presented as a page in your Roll20 game that summarizes important mechanics, statistics and charts, and allows every Keeper to stay on top of the most common rules in the game. Separate handouts of the most commonly-referenced rules in the game allow for players and keepers alike to spend less time flipping through rulebooks, and more time saving the world.

A set of large, full-color maps round out the set. Featuring the world, Lovecraft Country, and the city of Arkham itself. These maps will be useful in a wide range of Call of Cthulhu scenarios, and will be a handy reference when penning your own tales of Mythos horror!

What the Critics say about the Call of Cthulhu Keeper Screen Pack:

Throughout 2022 we'll be adding more Call of Cthulhu releases to Roll20 on a regular basis. Other current titles include: