It's Miskatonic Monday again, so here are some excellent new Call of Cthulhu community content titles to peruse in the Miskatonic Repository. Starting off with a release from none other than Paul Fricker, one of the co-authors of Call of Cthulhu 7th Edition!

Paul has co-written numerous books for Call of Cthulhu, including: Call of Cthulhu Keeper Rulebook, Investigator Handbook, Masks of Nyarlathotep, and Two-Headed Serpent. Paul's scenarios include Gatsby and the Great Race and Dockside Dogs. This is his first work for the Miskatonic Repository. 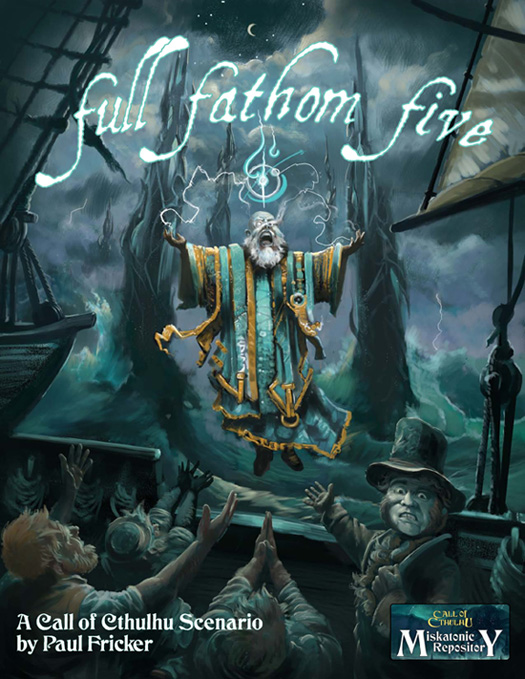 You’ve been at sea for 13 months. There’s salt in your beard, and weevils in your biscuits! Taking inspiration from Moby Dick, Full Fathom Five puts the players aboard a whaling vessel in 1847. As the ship sails across the Pacific Ocean strange and terrible events unfold.

The scenario is intended for four to six players, with advice included for running with fewer (all the way down to one Keeper and one player). The game usually runs in a single intense session of play.

A squad of Italian soldiers are sent to find the lost city of Leptis Magna. Would they be able to make it there and come back?

A Pulp Cthulhu scenario set in Libya right after its pacification in 1931. Pre-gens are included.

Private investigators are ready to plunge themselves into danger, be it a foot-chase through dark alleys, rushing into a burning building to grab a vital piece of evidence, or meeting an informant in an unfamiliar location without an exit strategy.

The Private Investigator Occupation Kit is chock-full of advice on how to make your Call of Cthulhu Private Eye even ore entertaining to play.

Add flash and depth to your Call of Cthulhu investigators and NPCs! This Occupation Kit builds on the brief occupation information found in the Keeper and Investigator handbooks, providing easy-to-use information about playing an undertaker or mortician in Call of Cthulhu’s Classic Setting. Find career paths, useful jargon, motivations and hooks, public perceptions of the occupation, and real-life examples from the 1920s and 30s.

Part of a collaborative project. Buy the bundle of all 13 occupations here or by searching "Call of Cthulhu Occupation Kit". 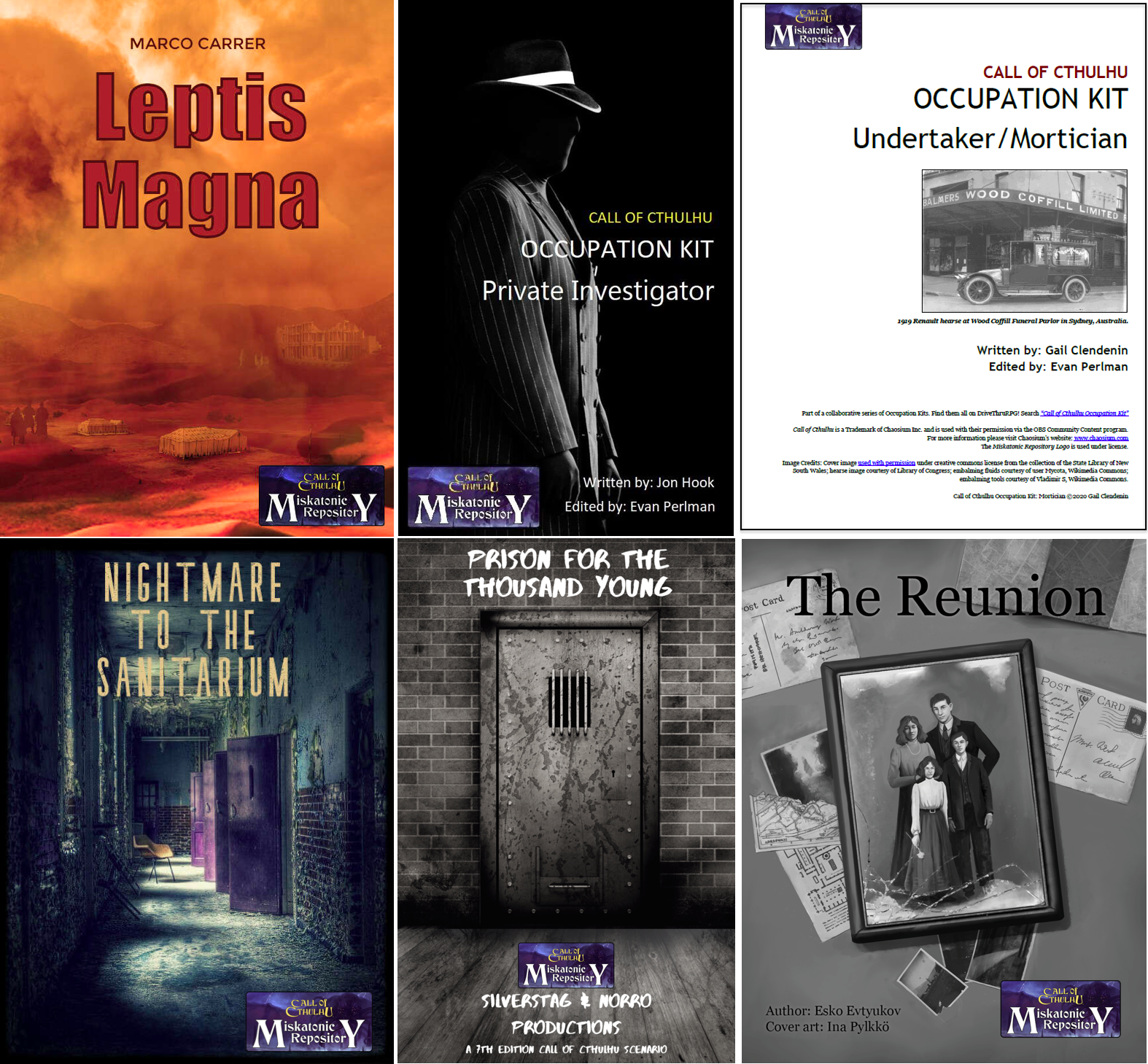 After a fevered dream the players wake up in a windowless sanatorium room, they will have to work together to get out but one of them has other projects. Find out about the traitor before it's too late and escape or get lost in the sanatorium forever.

One-shot for 3 to 5 players, an escape room with a guess who is the traitor component.

A jailbreak from a secluded desert correctional facility leads to an unspeakable terror.

A 2-5 hour prison-break adventure with a Lovecraftian twist. This adventure can be played as a one-shot, as the start of a campaign, or as an adventure in an already ongoing campaign. Explore the prison’s mysteries as you plan an escape, or stay inside forever with what may lurk within its walls.

The agents have been called in for a briefing. According to recent intelligence, a roaming occultist by the name of Anthony West has resurfaced and is in posession of a highly valuable English translation of an occult book. It is the agents’ job to find Anthony West, arrest him for questioning, and confiscate his eldritch tome.

The scenario has the players take up the role of FBI agents in 1929 working for the Bureau’s Abnormal Investigations Division: a secret department of the FBI dedicated to locating, researching, and neutralizing supernatural threats. The scenario is meant to be played with 2-4 investigators in 1-2 sessions.