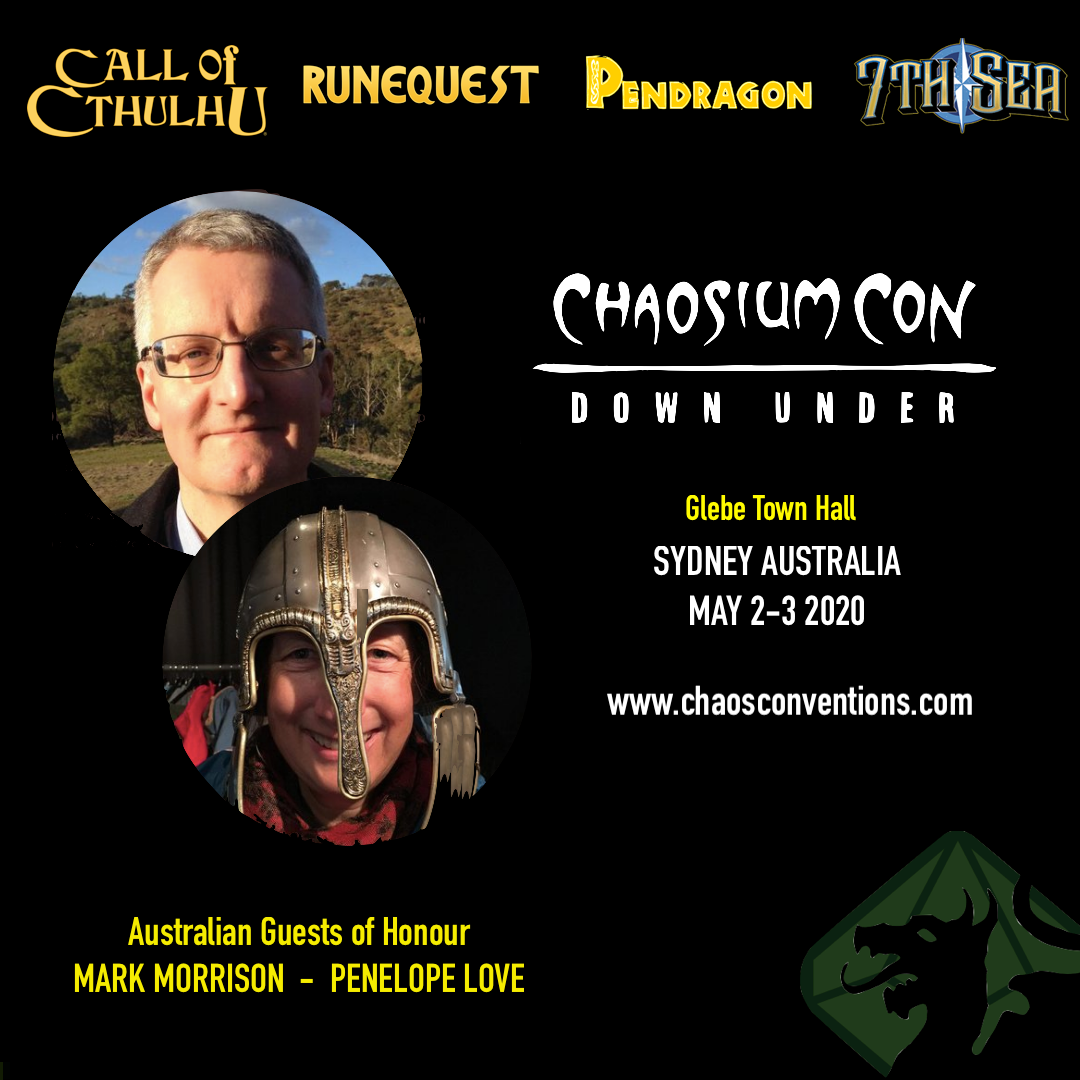 With an extensive array of Chaosium credits between them (Terror Australis, Reign of Terror, Horror on the Orient Express, and much, much more), we are delighted to announce MARK MORRISON and PENELOPE LOVE as Australian Guests of Honour for Chaosium Con Down Under!

Mark Morrison won second prize in a White Dwarf scenario-writing contest in 1985, and has never looked back! In addition to his extensive Call of Cthulhu credits, Mark was a story consultant for Call of Cthulhu The Official Video Game, and is now a partner in Campaign Coins, making real metal coins for tabletop gaming.

Along with her scenario writing accomplishments, Penelope Love's Mythos fiction includes Cthulhu's Dark Cults, Made in Goatswood, Madness on the Orient Express, Heroes of Red Hook, Tales of Cthulhu Invictus and the World Fantasy Award winning anthology She Walks in Shadows. Her most current Call of Cthulhu project is upcoming Cthulhu by Gaslight campaign supplement The Curse of Seven.