Andrew has gathered together what people have said about his book so far, which we thought we'd share: 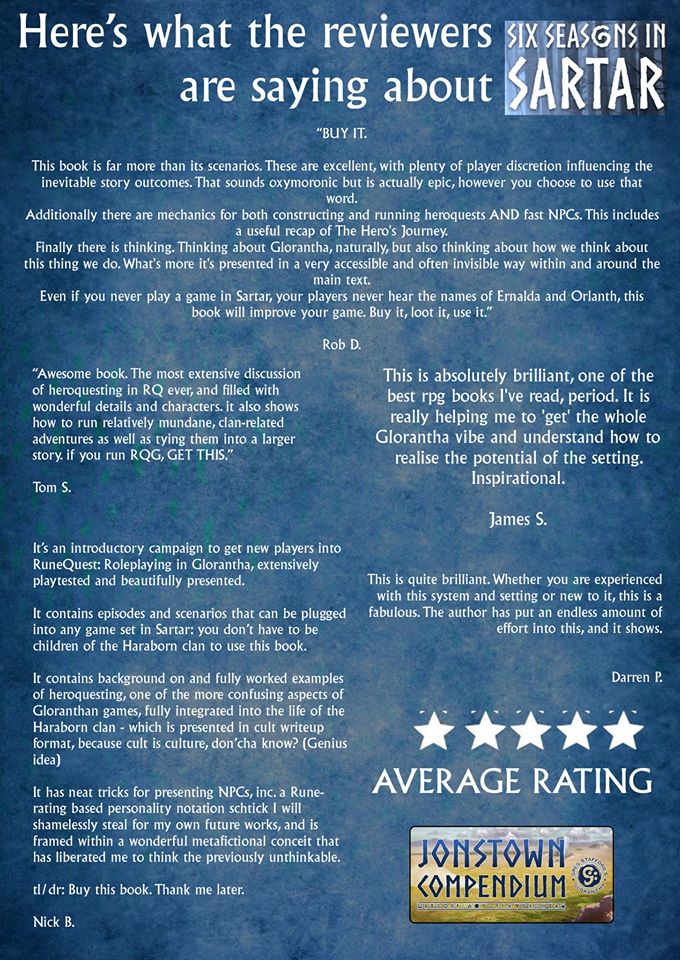 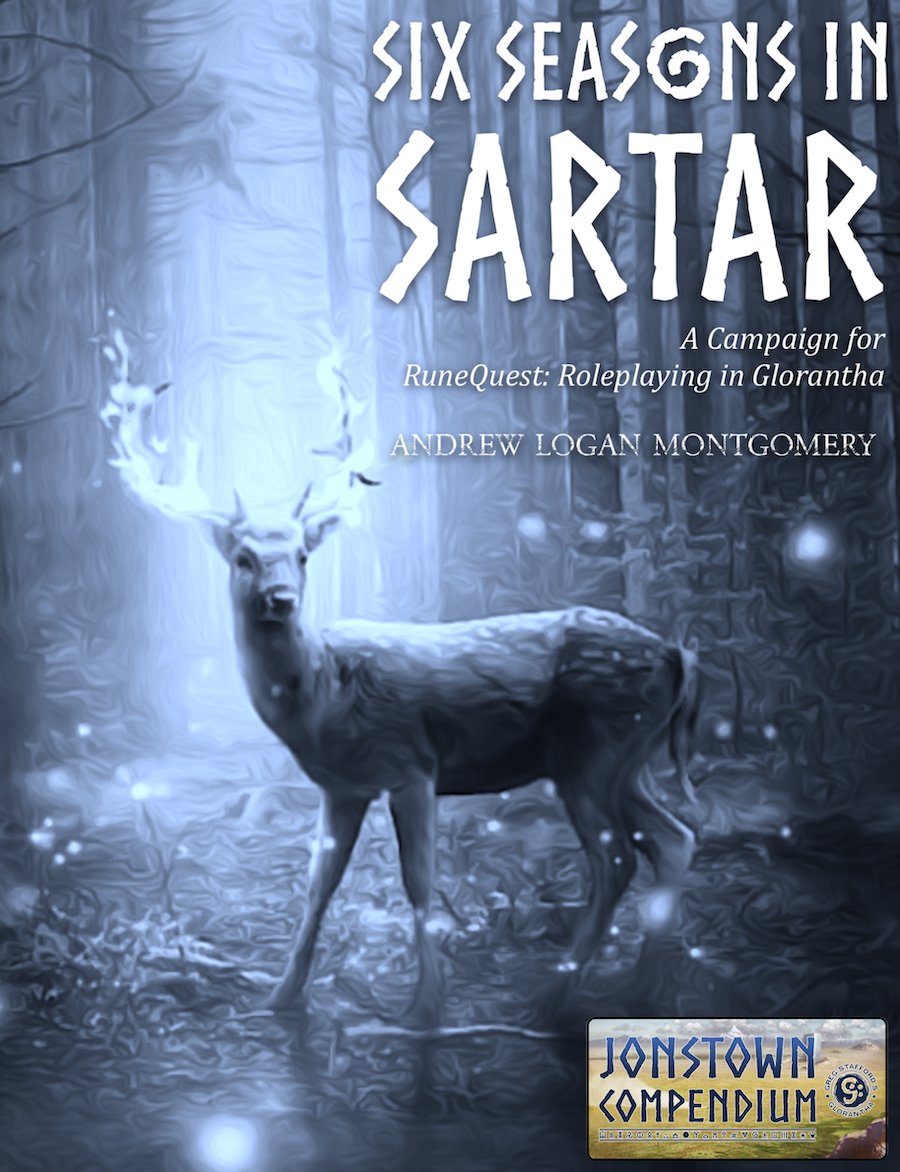 SARTAR 1619 ST – A group of young people come of age in an isolated mountain clan. They are the first generation born and raised after the Lunar Conquest, and saw their people bleed and die in Kallyr of Kheldon's failed rebellion. Yet Kallyr still believes she is the one destined to liberate Sartar, and Fate--or Luck--is about to put these young Sartarites in her path...

Six Seasons in Sartar is an epic six-scenario campaign written for RuneQuest: Roleplaying in Glorantha but easily adaptable to other systems. Based on the Third Age epic poem of the same name, the campaign plays like a novel, with character arcs, plot twists, and themes, but is still completely driven by players' choices and group tastes.