A fan breaks down how RuneQuest: Roleplaying in Glorantha brought the setting to life for her

By Ellie A Akers 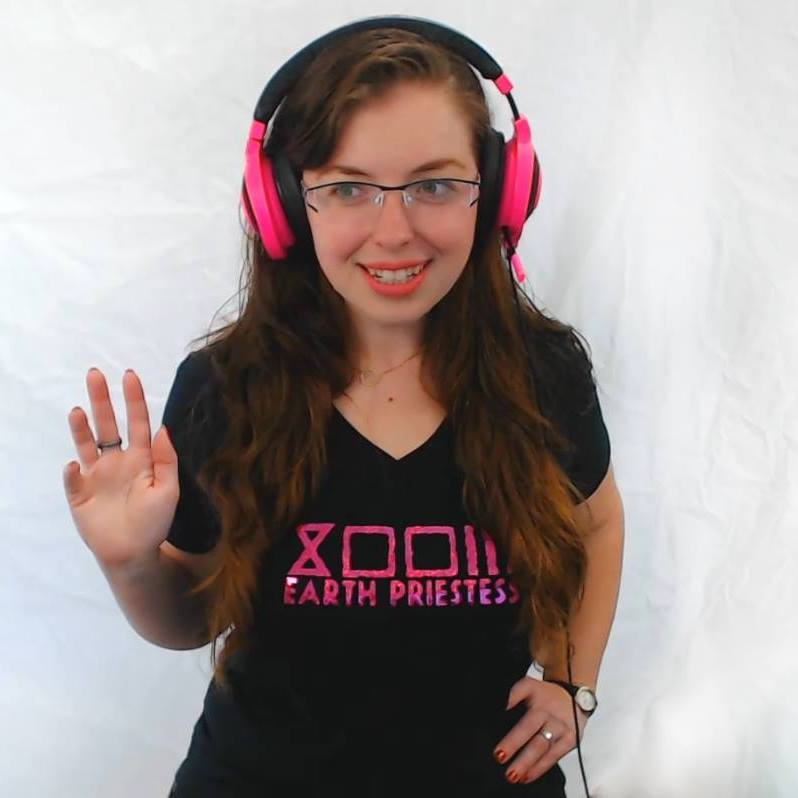 While I’ve been a long time fan of the Glorantha setting, first discovering it via the King of Dragon Pass video game, RuneQuest was never really on my radar. I never expected to become a fan of any combat heavy system. So I was surprised when I realized RuneQuest was fast becoming my new favourite roleplaying game.

I am not normally a fan of "crunchy" games. I am far more interested in narrative play, but I picked up the new RuneQuest: Roleplaying in Glorantha anyways, because of my love for the setting.

What I found inside surprised me: along with the typical player stats and tables, there are asides titled “Vasana’s Saga”. These inserts follow the pregenerated player character party from character creation through the experience of a complete RPG campaign, as told in a single story. Despite years of consuming Glorantha material, I had never seen the world presented like this!

Glorantha is an awesomely mythic setting, and its stories tend to feel weighty and important. But the characters in “Vasana’s Saga” don’t feel like those grandiose, epic heroes. They feel like excerpts from my friends and I quipping with each other around the gaming table. Vasana’s party wanders from place to place, growing in strength, making mistakes and being generally enjoyable people. 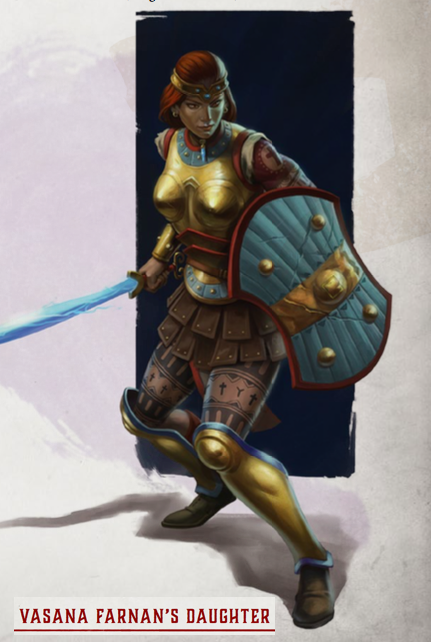 Like our own historical records, Gloranthan history tends to focus on the great and mighty. It makes for wonderful stories, but the machinations of gods and kings are very intimidating to try and bring into an RPG game. So intimating, that despite a passion for role playing and for Glorantha, I had never attempted more than a few one-shots. For me “Vasana’s Saga” brought Glorantha down to the level of everyday people. 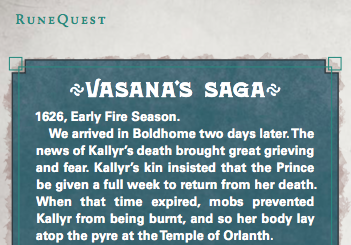 We can’t all be Argrath White Bull. The world of Vasana and her friends is every bit as rich in the magic, politics, and wonder that I came to love Glorantha for, but it brought it to life for me, in a way I had not expected. Suddenly Glorantha was no longer sepia-toned archival information. It was a bold, colourful world, and I was ecstatic to dive into it.

As I said, I am not a fan of crunch, but RuneQuest has a well-earned reputation for its number crunching, brutal combat system. Fights are dynamic, fast paced, and feel legitimately dangerous. Limb removal and disemboweling isn't just reserved for the odd crit. For someone who loves RPG combat these are all great selling points for the system.

We tried an easy fight just to get a feel for the system, planning to trim it down later. To my delight, I found that all those numbers RuneQuest was infamous for didn’t drag combat out. In fact, it made it a riot to play. Instead of the dice and hit rules limiting you and preventing narrative play, RuneQuest combat practically shoves narration at you!

We were not stuck waiting for a critical to make something dramatic happen. Every swing was dramatic. Even better, the system was highly intuitive. Despite limited GM experience I was running NPCs in combat in my first sitting.

I now have some forty hours of play time with RuneQuest: Roleplaying in Glorantha now. Our campaign starts a year behind “Vasana’s Saga,” and we refer to it often for dates, and for context about game locations and NPCs. It has become more than just a story peppered in an RPG guidebook. It’s a touchstone for how we relate to and view this epic world. 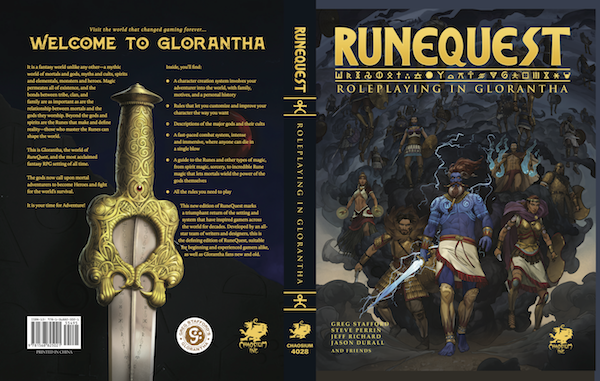 Glorantha is particularly special to me on a personal level, because of its representation of gender, sexuality and marriage. Not only is Glorantha a setting that acknowledges how many variations there can be with these, it normalizes them. As someone who is bisexual, having a system that acknowledges people like me exist, and then treats them like openly accepted and unremarkable members of society feels so welcoming. This new version of RuneQuest has taken Glorantha from a setting I love, to a setting I love being in.