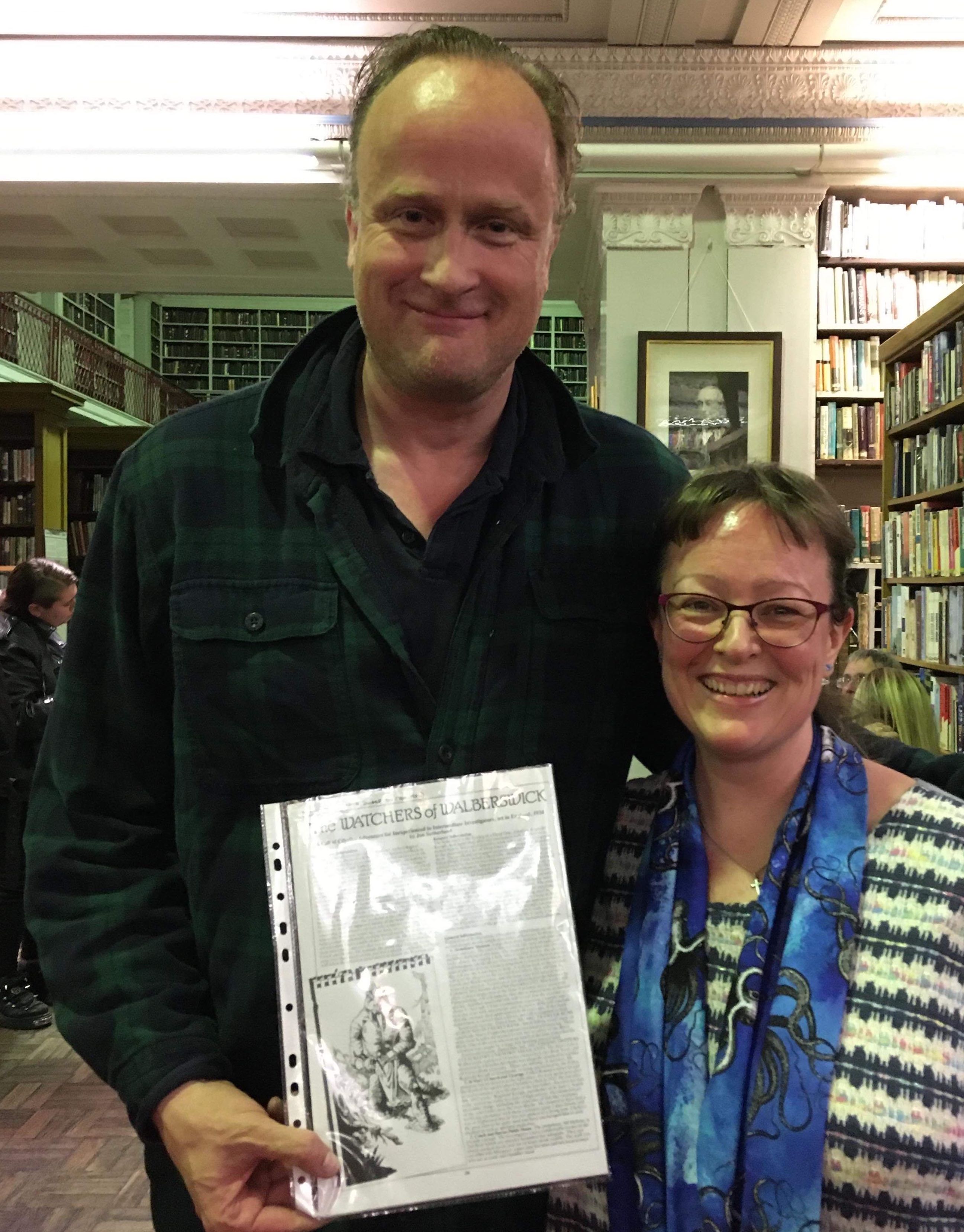 On Friday evening, Chaosium’s Lynne Hardy attended Dead Men’s Eyes, part of actor Robert Lloyd Parry’s M. R. James Project, at the Literary and Philosophical Society in Newcastle upon Tyne. There, in the largest independent library outside London, she was treated to two of James’ stories as performed by a master storyteller: “A View from a Hill” and “The Treasure of Abbot Thomas”- good, spooky fair in the British tradition of ghost stories leading up to and during the Christmas season.

After the performance, Lynne gifted Robert with a copy of “The Watchers of Walberswick,” a Call of Cthulhu scenario by Jon Sutherland, which originally appeared in issue 50 of White Dwarf in 1984. Why? Because when the two met earlier this year at NecronomiCon, Robert mentioned he had fond memories of playing this particular scenario with his brother. And not just his brother, as Lynne found out last night – the whole family used to play, including Mum.

The Lit & Phil’s next spooky presentations are Ghosts and Hauntings on Monday 18th November and Phantoms at the Phil, which takes place in January next year.