Congratulations to the Stream of Chaos, winners of the 2021 Australian Roleplaying Industry Award for 'Best TTRPG Stream'!

Here's Jackson, James and David on the podium at the ARPIA Awards at Fortress Melbourne tonight. (Art was unable to be there). 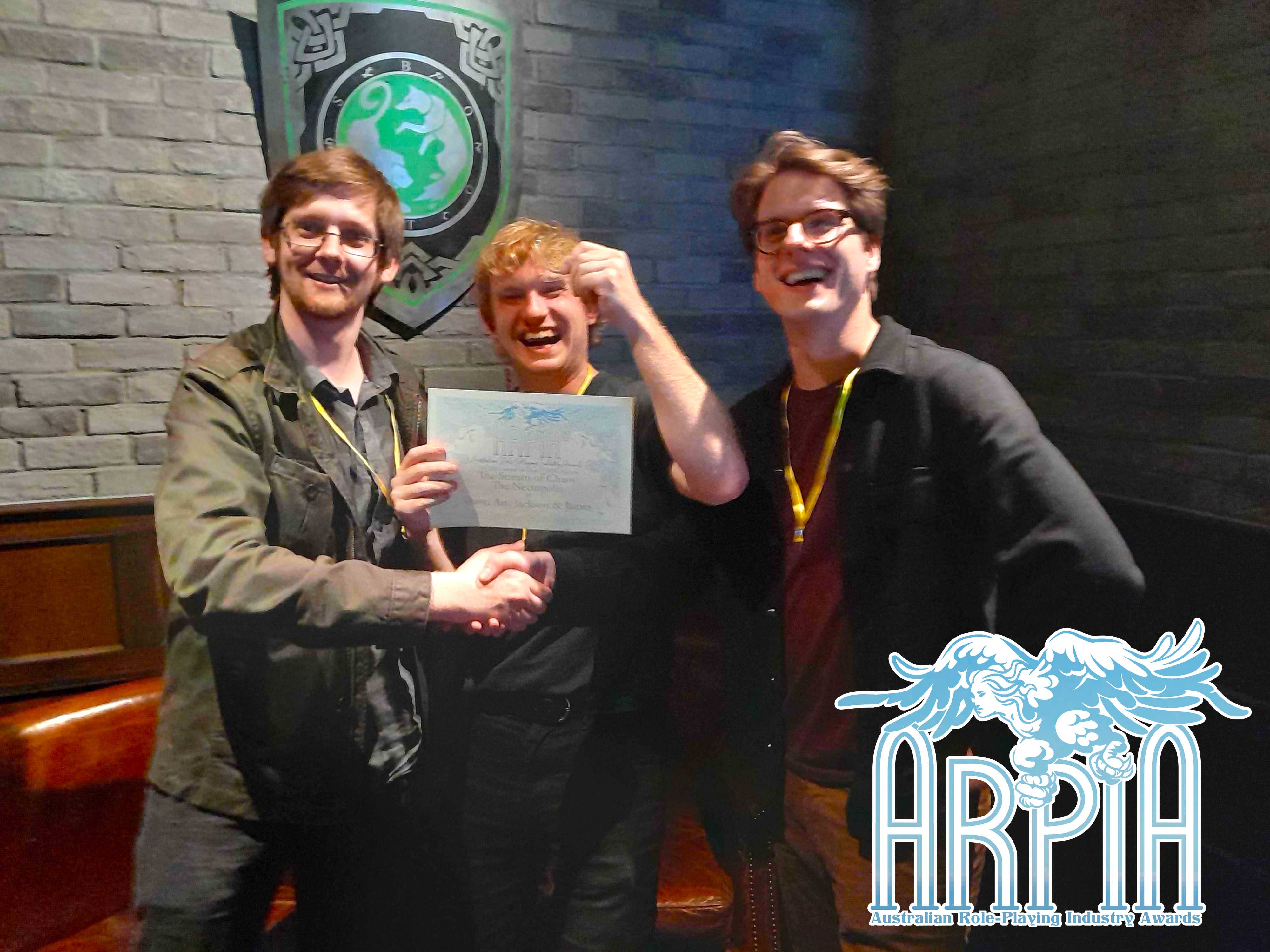 The stream submitted to the ARPIA Awards was the Call of Cthulhu one-shot 'The Necropolis' from Gateways to Terror. 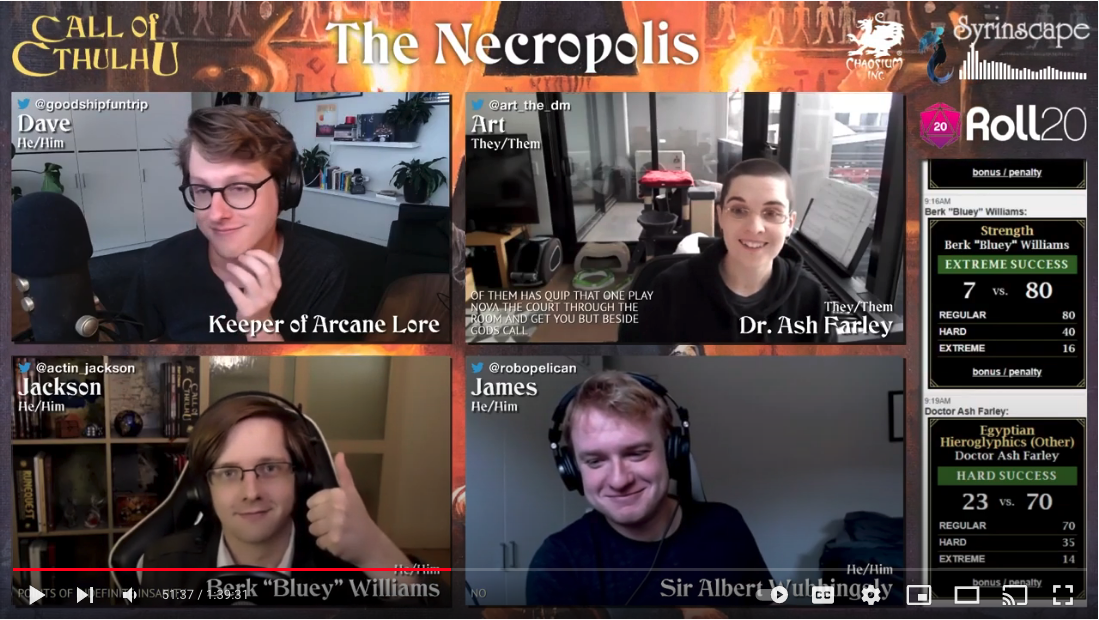 BTW, in keeping with the local theme, 'The Necropolis' scenario is also the work of an Australian, Leigh Carr.

It was a great night, celebrating the diversity and wonder of the Australian TTRPG community! Congrats to all the winners!

And bestselling author M.T. Black (Baldur's Gate: Descent into Avernus, The Room with No Doors, and many platinum DM's Guild titles) was an inspirational keynote speaker—there's so much to learn from his own journey as a TTRPG creator. 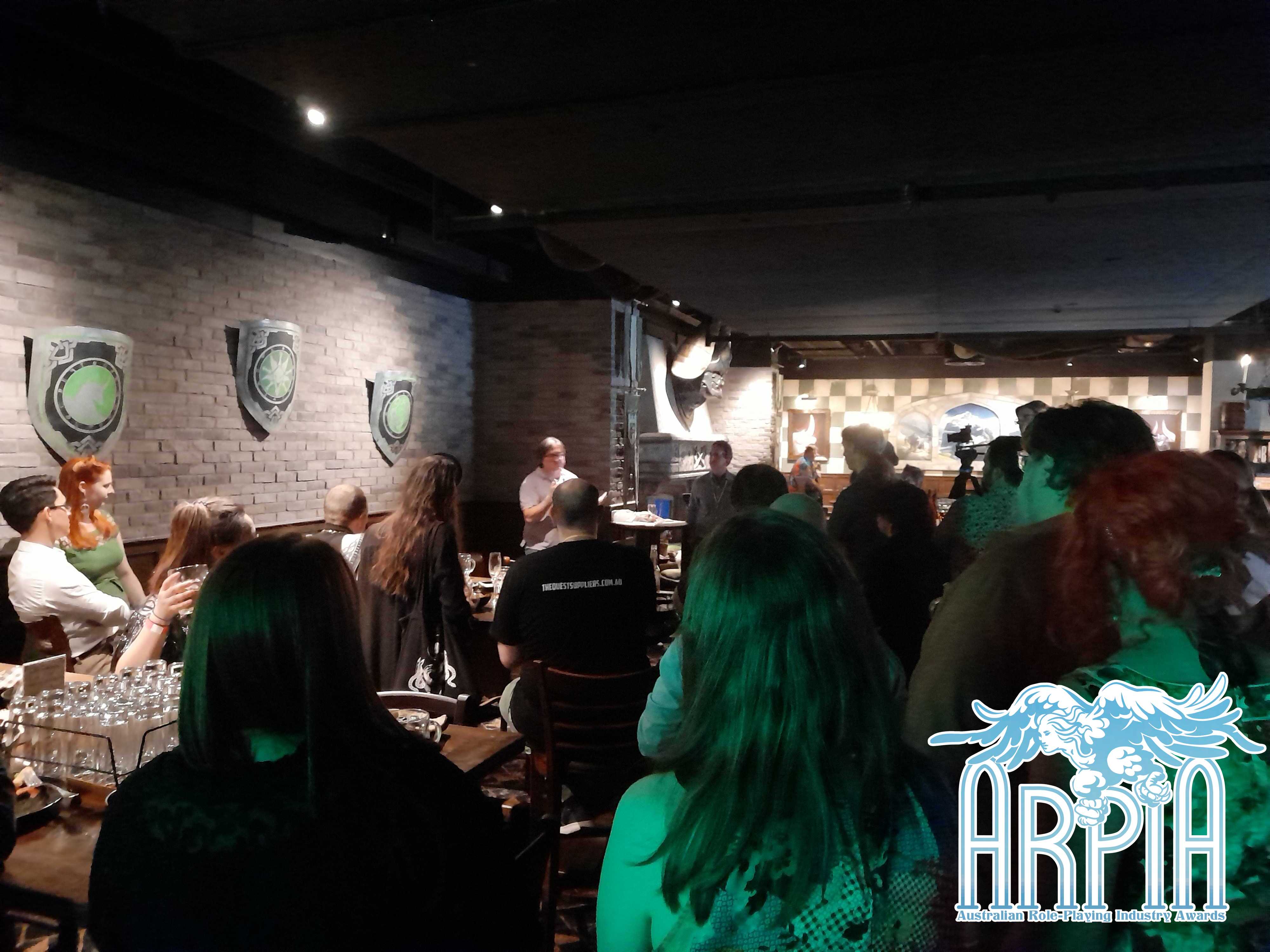 The ARPIA Awards Night was sponsored by Chaosium, The Quest Suppliers, and The Tray Tinker.