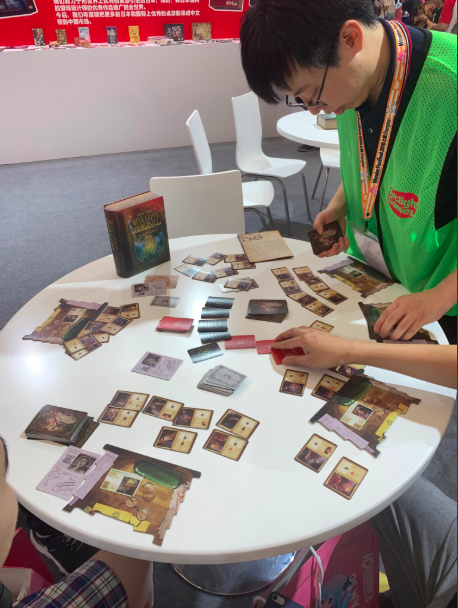 Arclight also announced they will be producing Japanese and Chinese versions of Chaosium's Reiner Knizia board game Miskatonic University - the Restricted Collection.

Arclight had demo versions of Miskatonic University to play at their Shanghai Wonder Festival Stand, and said it received "a fantastic reception".

"Our friends at Arclight were pleased to let us know their announcement had an enormous impact in Shanghai and that they forsee a bright future for Call of Cthulhu in China", said Chaosium vice president and head of licensing Michael O'Brien. "This adds to the other licensed foreign language versions currently underway and due for release in the coming year: Italian, Polish, Portuguese, Russian, Spanish, and Swedish. Cthulhu's tentacles are continuing to spread world-wide!"

Foreign language versions of the 7th Edition rules are currently available in French, German, and Korean.

Arclight are the publishers of the Japanese edition of Call of Cthulhu, the most popular tabletop roleplaying game in Japan.