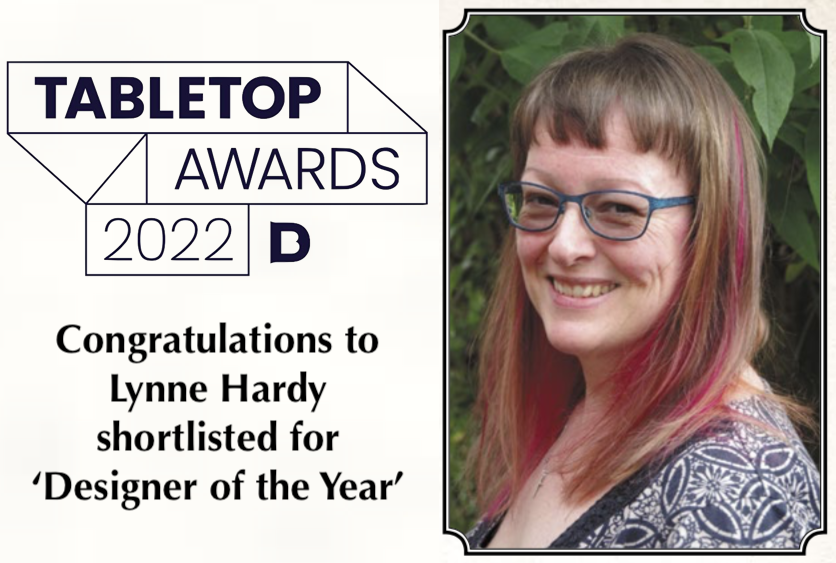 Congratulations to Lynne Hardy, who has been shortlisted for 'Designer of the Year' in the inaugural Tabletop Awards.

In 2022, Lynne has been project lead on two high profile Chaosium releases - Regency Cthulhu and Rivers of London. And in 2021, her epic campaign The Children of Fear received critical acclaim, being considered to be “alongside Masks of Nyarlathotep and Horror on the Orient Express as one of the greats of Call of Cthulhu".

Through the Chaosium Interviews series, podcasts, workshops, convention appearances and articles, and the teams she has assembled for her projects, Lynne is a passionate advocate for promoting different voices in gaming, fostering inclusivity and diversity, and mentoring new entrants to the industry.

Prior to joining Chaosium in 2017, Lynne was lead writer, editor, and line developer on the multi- award winning Achtung! Cthulhu for Modiphius. In her career, she has also worked as a writer and editor for Pelgrane, Green Ronin, Nightfall Games, and Cubicle7.

Lynne is also the designer of her own ENnie-nominated steampunk game: Cogs, Cakes & Swordsticks.

Chaosium congratulates all the shortlisted finalists. They will be voted on by Tabletop Awards judges to determine an overall winner, and announced at PAX Unplugged on December 2nd.