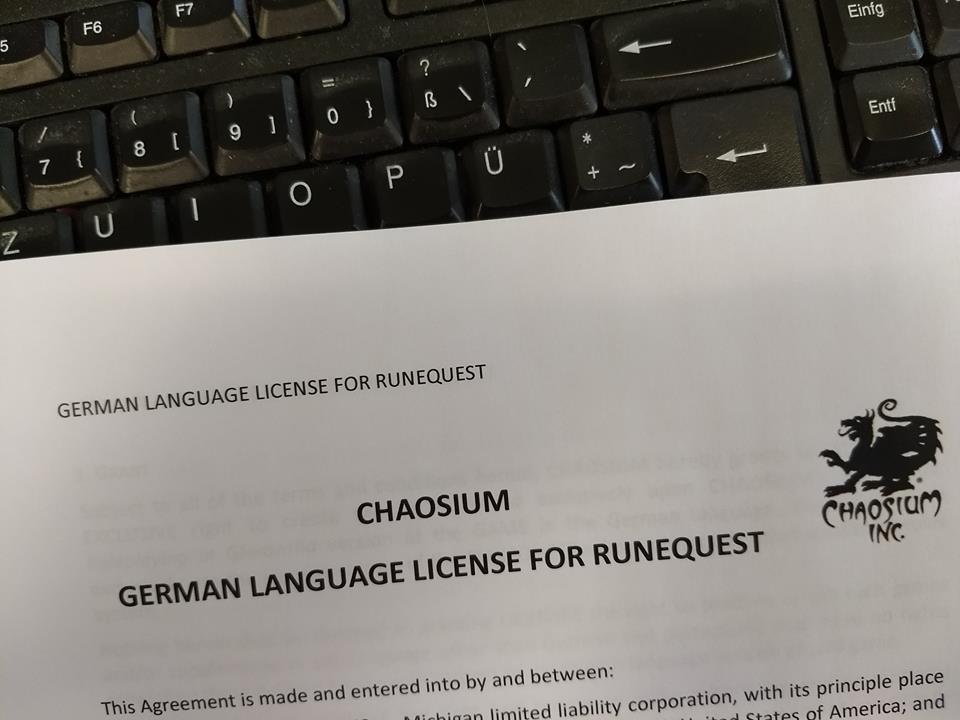 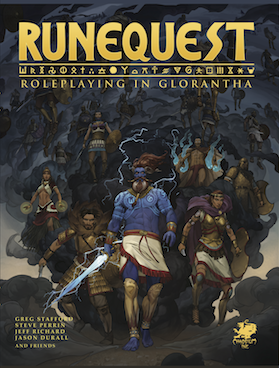 Chaosium and Uhrwerk Verlag have announced the signing of a licensing deal to bring out a German edition of the newly-released RuneQuest Roleplaying in Glorantha RPG.

RuneQuest: Roleplaying in Glorantha is an all-new edition of one of the world’s most influential and acclaimed fantasy roleplaying games. Chaosium released the core rules of the game in PDF to critical and popular acclaim on June 1st, 2018, with a hardback version due out later in the year.