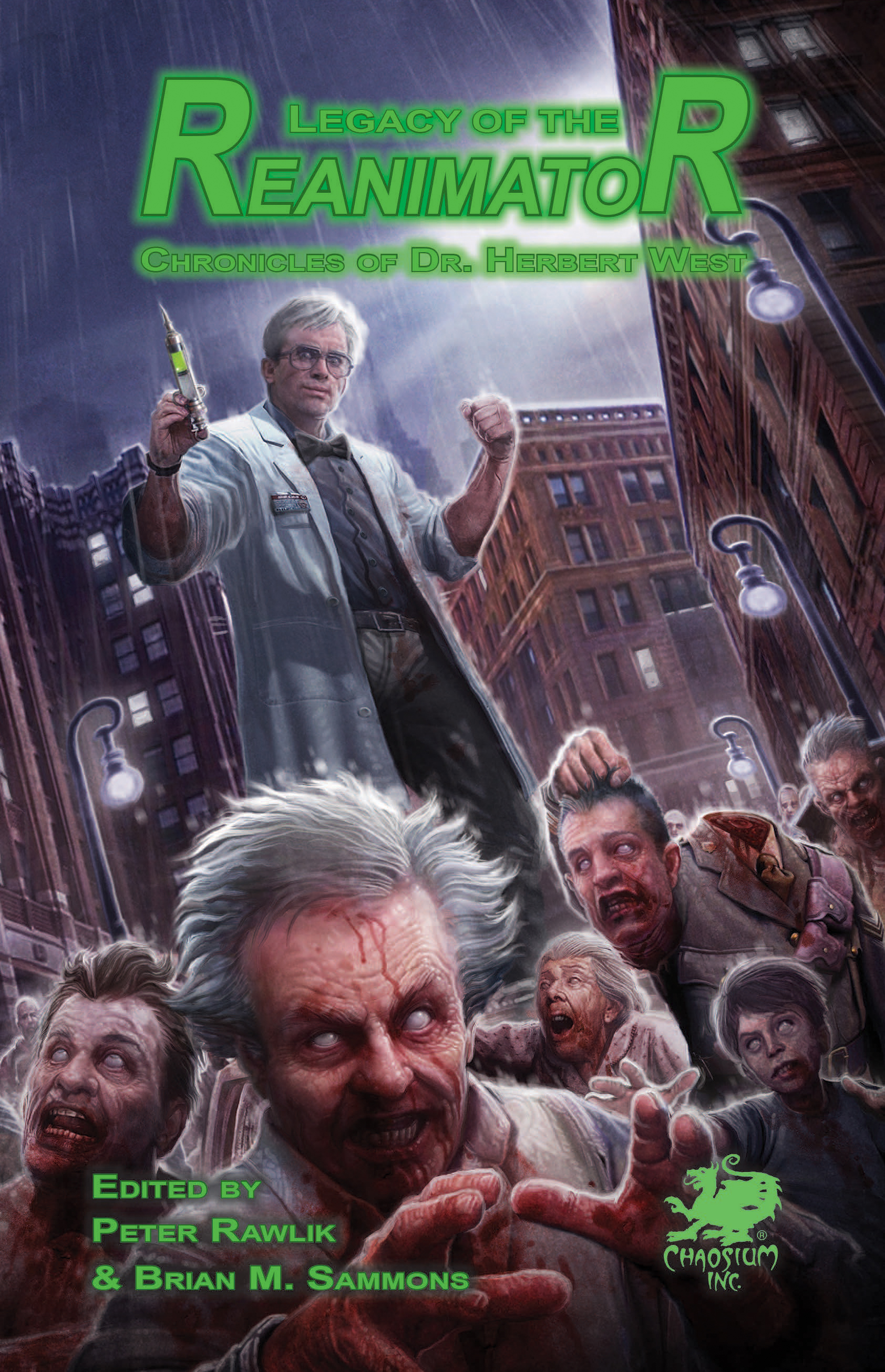 The Legacy of the Reanimator collects the original serialized H.P. Lovecraft story, “Herbert West—Reanimator” along with its two sequels and a bevy of short stories from some of the most renowned Lovecraftian writers.

However, Herbert West didn’t die. Well…yes he did. The problem is he didn’t stay
dead. He was brought back in two round robins edited by Robert M. Price. The first was Herbert West-Reanimated followed by Herbert West—Reincarnated. These were published in old issues of Crypt of Cthulhu, and are terribly hard to get a hold of…until now.

Details of Herbert West’s life from childhood to death—and beyond can be found within The Legacy of the Reanimator.