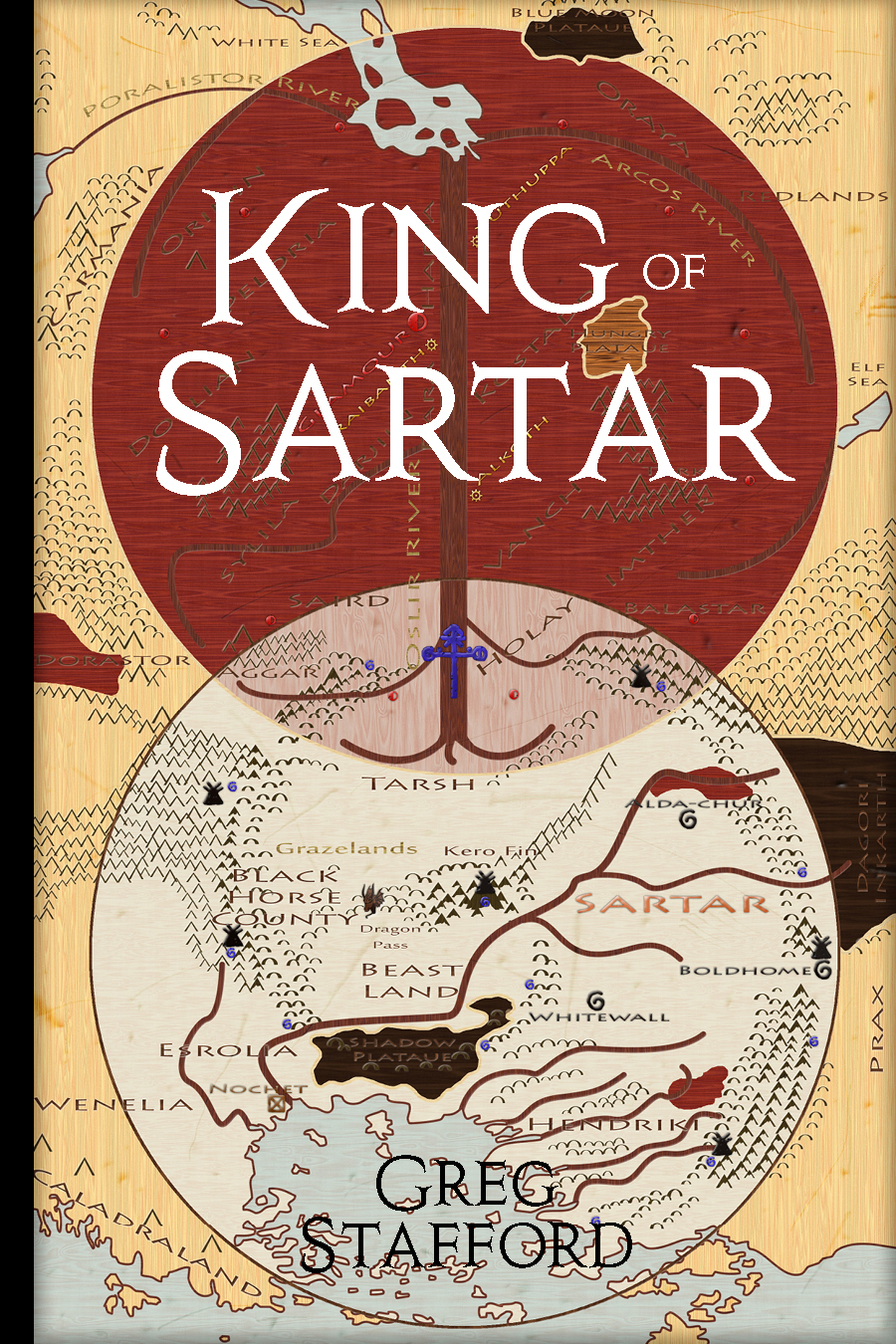 First published in 1992, Greg Stafford's King of Sartar is a remarkable work of fantasy fiction, featuring a collection of contradictory manuscripts written by scholars in Glorantha. And now, the revised edition is available as an E-book from Chaosium.com and Kindle from Amazon.

In King of Sartar, Greg Stafford masterfully assembles ancient epics, scholarly histories, kings lists, myths, fragments of half-forgotten stories, and other texts in an effort to resolve the mystery of the end of the Third Age, the mythical Hero Wars.

This revised edition includes a new chapter and numerous annotations that reveal secrets previously hidden from even the most die-hard fans of the setting.

What do Gaming Luminaries say about King of Sartar?

“Wise, enigmatic, and impossibly many-sided, King of Sartar is as beguiling as any non-imaginary mythology, but with more dragonewts. Gaming culture’s equivalent of Invisible Cities or Dictionary of the Khazars.” – Robin D. Laws

“Some of us have been waiting so many years for this new revision of this book that we lost count. If you don’t know how precious a thing it is that you are holding in your hands right now… OPEN IT UP AND START READING! Doesn’t matter where, doesn’t matter what. The world tells the tale.” – Mark Rein-Hagen