The RuneQuest: Roleplaying in Glorantha core book is text complete. The art is done, and some final maps are in the pipeline. The character sheet is done (and quite lovely). The cover is underway. We're doing some refinement of the layout template and some of the look-and-feel of the book and the line overall.

The RuneQuest Gamemaster's Pack is being finalized, and comes after the core book as many tables/charts/maps will be repeated there (for convenience). It is in editing and will shortly go into proofreading. Some additional art and maps are being requested, and the back of the screen is in development.

The Glorantha Bestiary is being edited/proofed, and art is coming in at a rapid pace, as well as maps. It should go into proofreading before too long.

Layout on the core book will commence once the layout on The Glorantha Sourcebook (done as part of the 13th Age Glorantha Kickstarter, but systemless and using the trade dress for the RuneQuest line) is complete.

Layout for the Gamemaster Pack will follow, then the Bestiary.

Given the timetables involved and production pipeline, we're optimistic about having all three in print Q2 2018 (along with a few other things we've teased or announced), and expect Gen Con 2018 to be a huge RQ showing.

Next design note: Jeff, on the return of the resistance table!

Meanwhile, here's a new piece of art from the RQG core book: 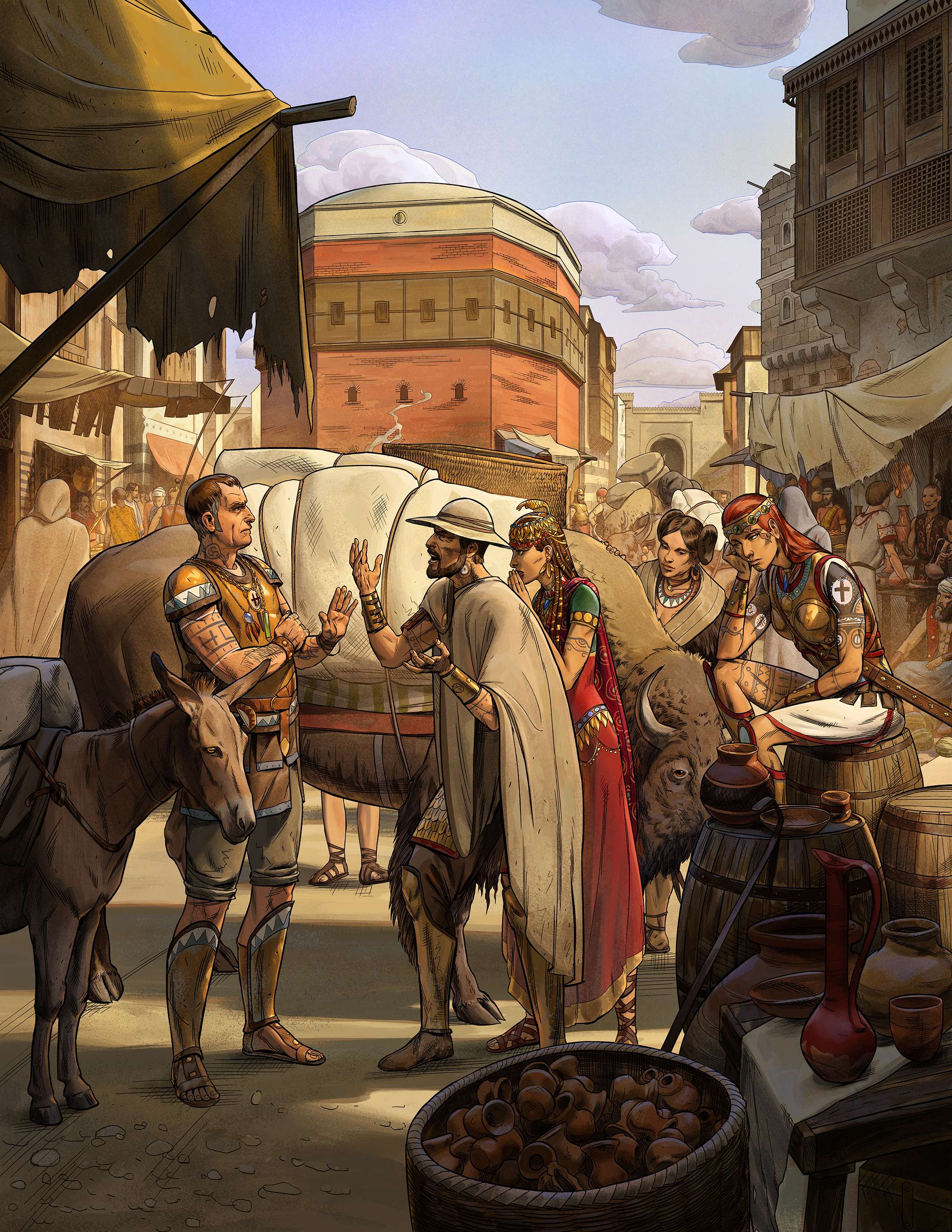