King Arthur Pendragon is Chaosium Inc.’s game of heroic fantasy set in a legendary Britain populated with daring knights, fair damosels, scheming lords, and terrifying creatures of myth. Players take on the role of knights and ladies whose ruling passions fuel them in their quest for glory. Chivalry, romance, and adventure take center stage, but players also have the option of experiencing the entire sweep of the Pendragon saga, establishing multi-generational dynasties over the course of an epic campaign as they cross paths with the likes of Merlin, Morgan le Fay, and Sir Lancelot!

Written by legendary RPG author Larry DiTillio, this epic adventure (playable in 2-3 typical sessions) serves as a great introduction to gaming in the world of Arthurian fantasy.

Two scenarios, the Tournament of Dreams and The Circle of Gold, are each playable in 1-2 sessions, both centering around hidden kingdoms of magic and mystery. The scenarios are designed for 3-7 player knights. Extensive GM notes and tips are included throughout.

One of the greatest RPG campaigns of all time, this is Greg Stafford’s masterpiece. Eighty years of campaign, detailed year-by-year provide the background, on-going events and adventures that define the structure of King Arthur’s glorious reign.

Play Online with a Pendragon Backdrop 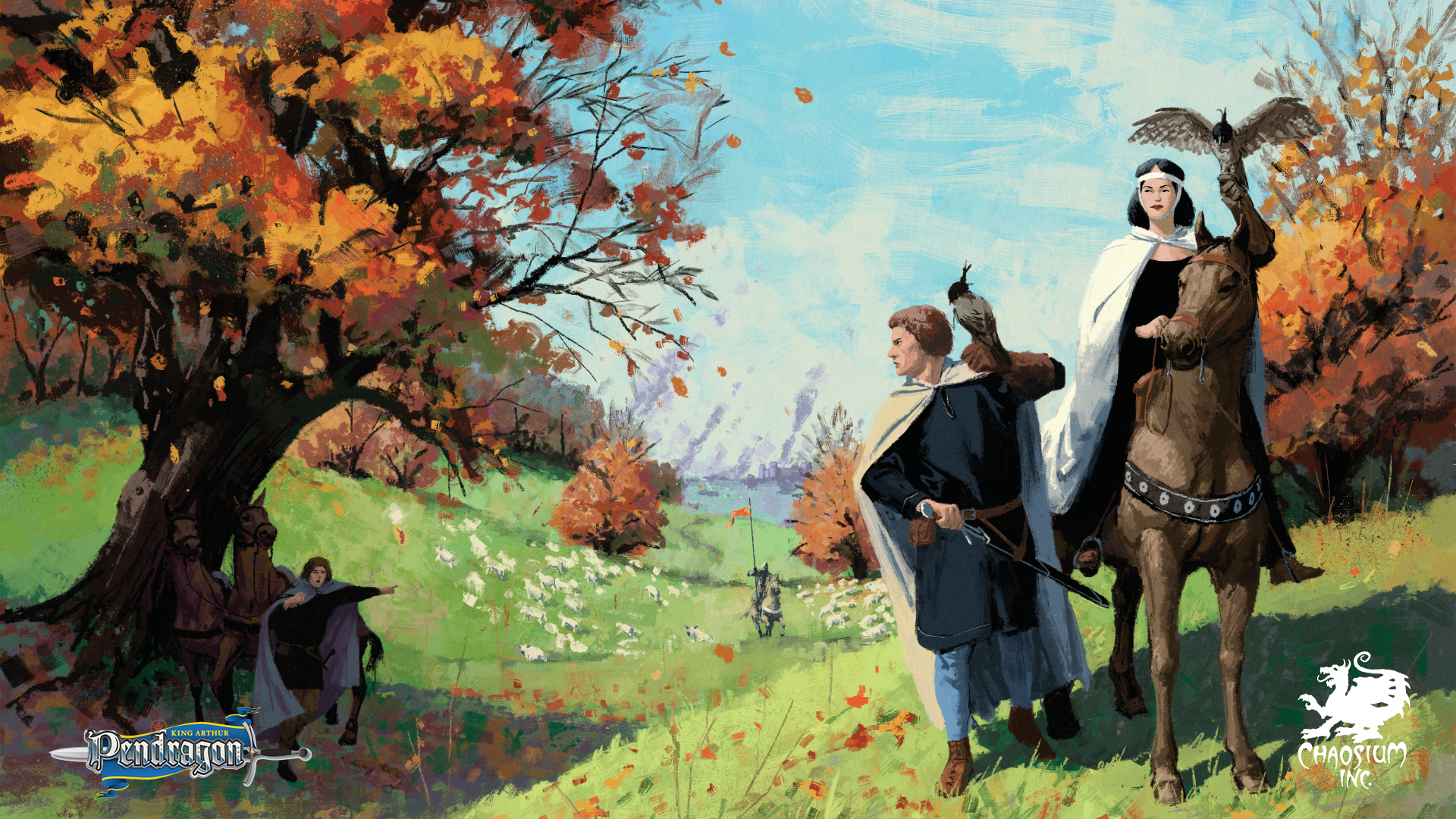 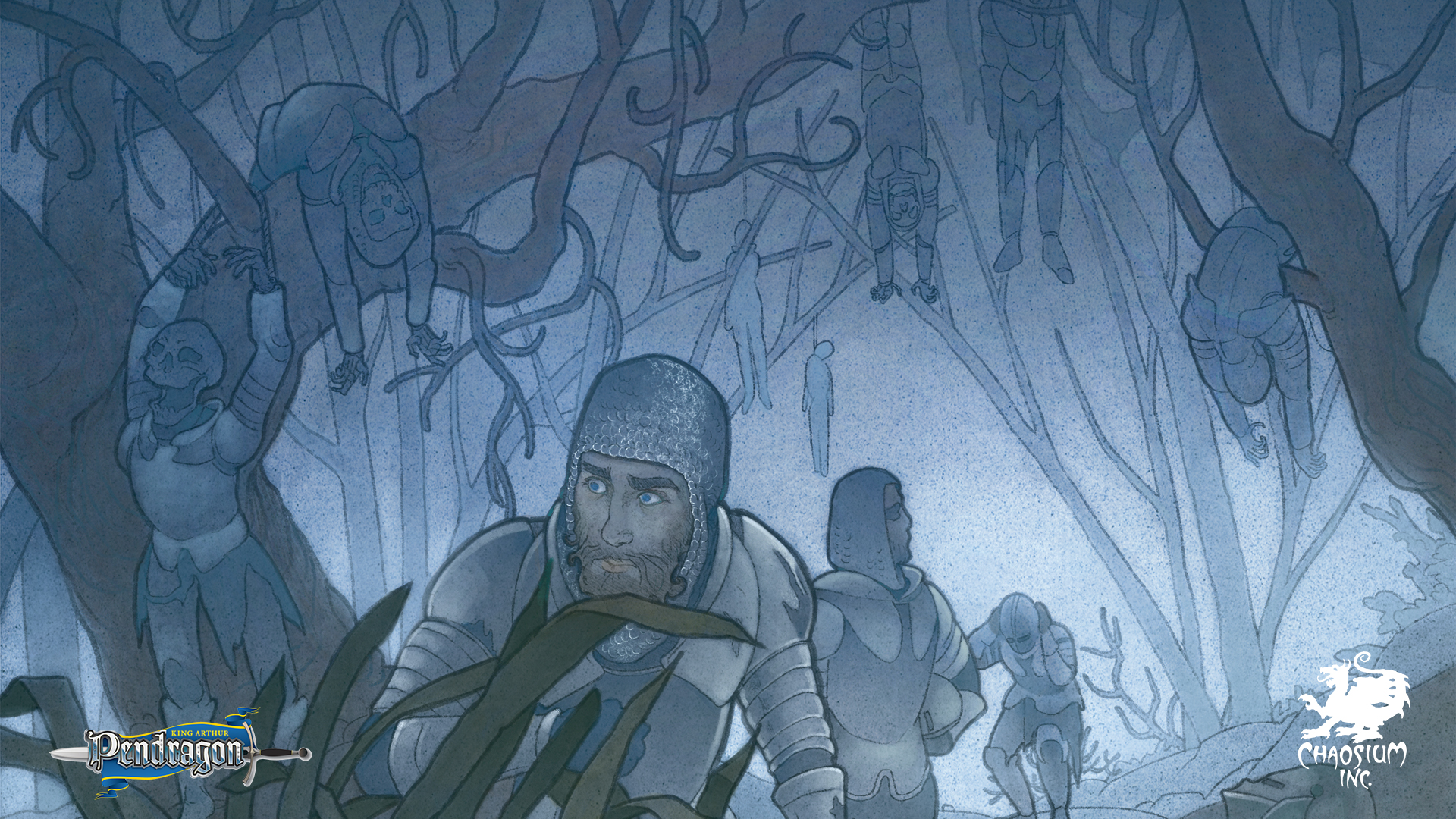 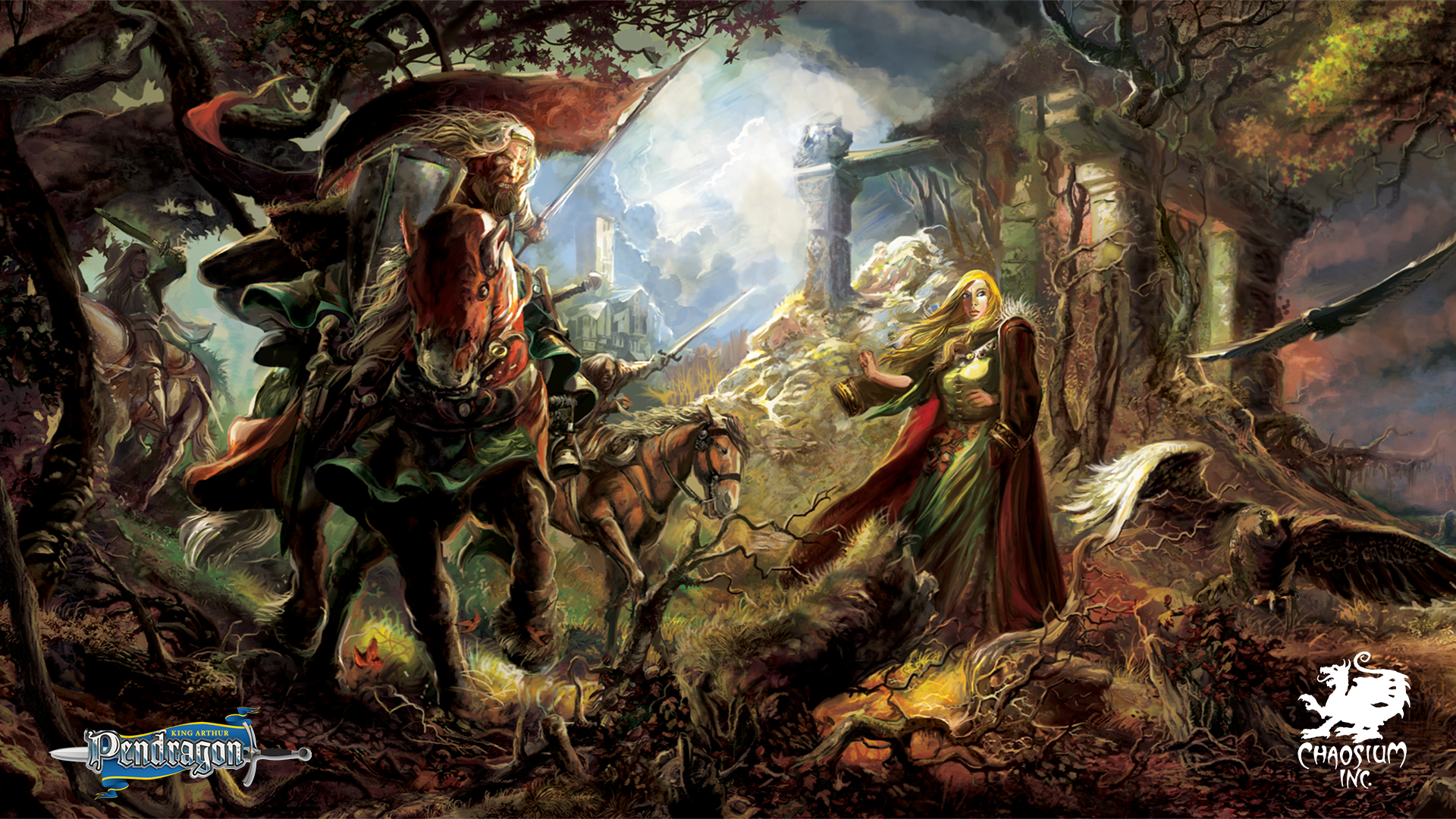 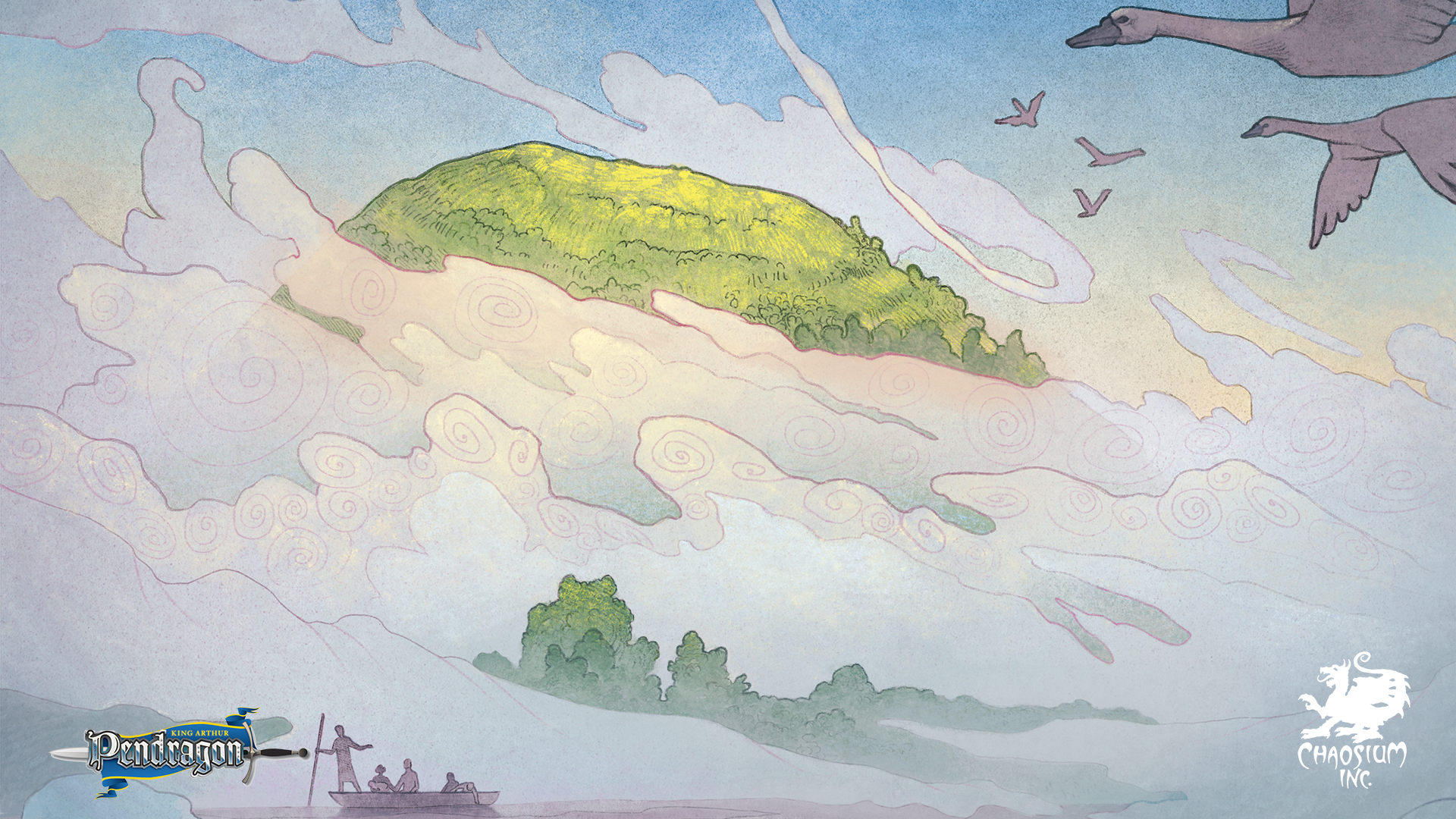 Click on the above images to download a backdrop you can use as a virtual background when playing online with others. 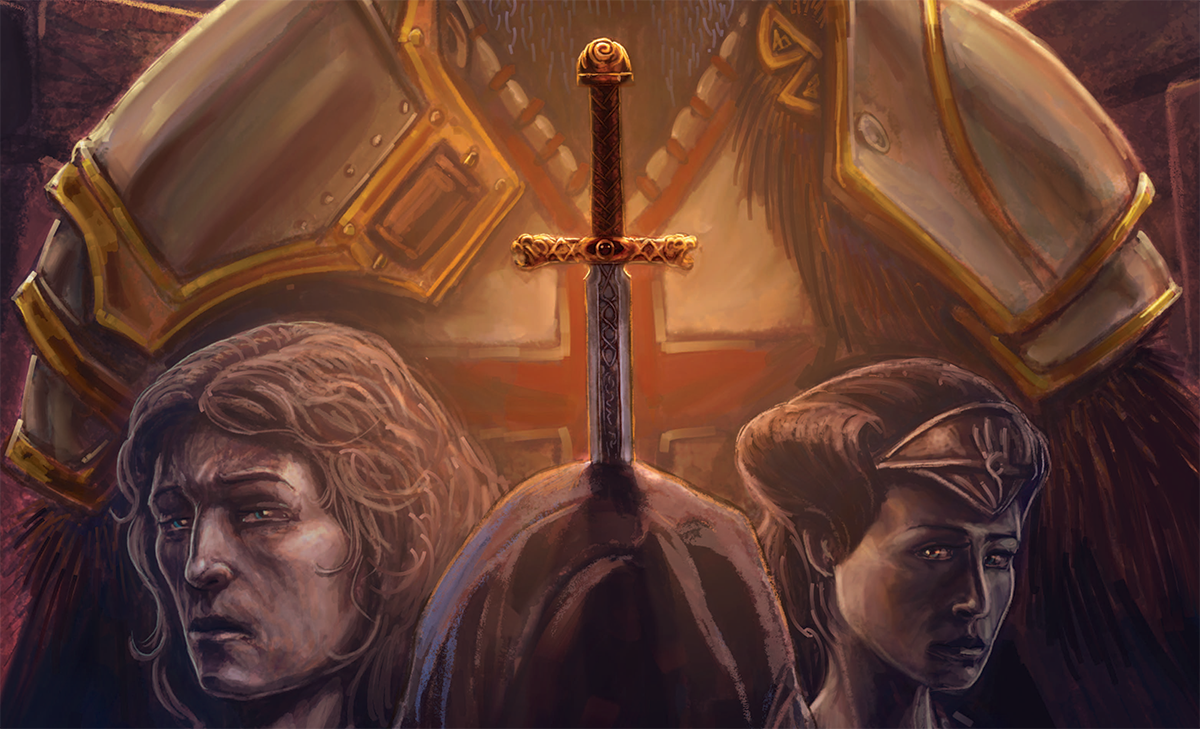