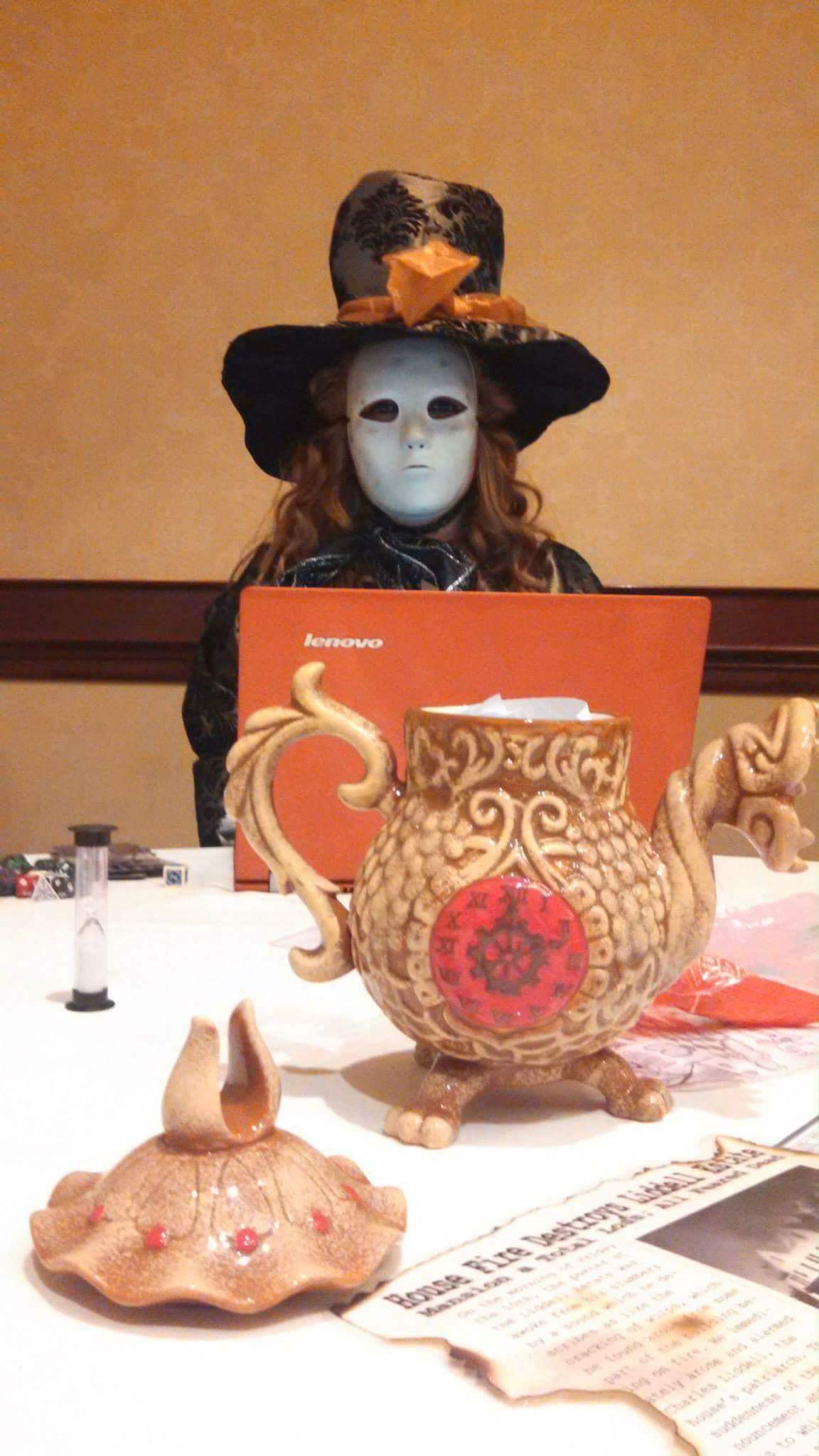 I recently transitioned out of Active Duty service in the United States Army. I spent the first seven years of my army career as a Human Intelligence Collector before progressing my career into the field of Law Enforcement as a Special Agent with a concentrated interest on Special Victims. Now, in my civilian career, I work as a Domestic Violence Investigator for the County Prosecutor’s Office. In my spare time (ha ha) I help run a YouTube channel called Second Rate DMs, geared toward helping Game Masters become better at running tabletop games.

I’ve been gaming since high school, which pains me to admit was about 15 years ago. The most attractive part of gaming, for me, was the social aspect. As a loner in high school, gaming gave me a way to branch out and meet people in a semi-controlled conversation. I think my most fond memories of that time were our core group of friends playing tabletop games at Denny’s. We’d pulled the seat off one of the benches and kept games stored underneath it. I still fully intend to bill them, as I wasn’t afforded an opportunity to retrieve Risk before they remodeled the building!

Initially, I began attending Gen Con just as a con-goer in 2012. By that time, I’d already developed a love of the Call of Cthulhu RPG and had been introduced to a gaming group, the MU Skulls, who predominately ran Cthulhu games. Having been acquainted with many of the members, my husband and I dove in headlong the next year and began running games for the MU Skulls, including a 50-person homebrewed Cthulhu Live LARP.

The Cthulhu Live LARP could really be considered the first “product” that I worked on. I don’t think myself or any of the other storytellers anticipated the undertaking we agreed to in submitting our event, myself especially as the writer. Between myself, my husband, and one other storyteller, we entirely designed, wrote, and produced the LARP for 50 players. It was set on the Titanic and played out minute by minute with ship’s actual timeline of sinking over the course of four hours. It was quite the enterprise!

Most recently on our YouTube channel, Second Rate DMs, myself and another of the women on the channel, Alona, have been developing a new segment called “Wee Wednesdays” geared towards the younger generation of tabletop gamers. On Wee Wednesdays, we introduce tabletop games that are friendly to Game Masters of all ages and levels, teach our tiniest Games Masters the rules, demonstrate game play, and after the wee ones depart the table, have a more experienced discussion about the benefits and snares of the game, in a way that moms can truly appreciate—with wine!

We may only be two episodes in, but I think what I thought would be a splendid time of sharing the joys of tabletop gaming with our children on camera is much more challenging than I anticipated! Every kid wants to be a YouTube star until the cameras are on, and how quickly I’m reminded they are still kids who just want a drink and a nap—and I do too!

7.What has been the most enjoyable/rewarding gaming product you’ve worked on, and why? 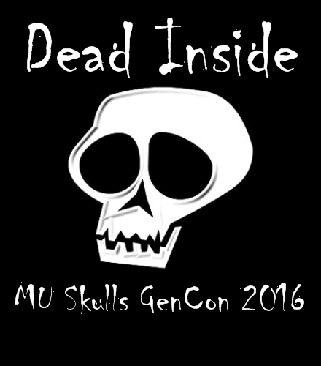 Time will tell where Wee Wednesdays takes me, but for now the most rewarding products I’ve worked on have been the MU Skulls Cthulhu LARPS I’ve written for Gen Con. To date, I’ve been a co-writer/designer for three of these LARPS and each year, we’ve sold out within minutes of event registration. MU Skulls has had the distinction of being one of only three gaming companies at Gen Con to be named a Premiere Gaming Group every year since the event has given the distinction, and it has truly been an honor to have been a part of such an esteemed group of storytellers. More than that, there’s the delight of having players come back annually to our games. There is no greater tribute to our work than having players return, year after year.

It is astonishing how many dice come in just one mug of dice from Gen Con.

I don’t know that I’ve played anywhere all that unusual, but currently on the MU Skulls Facebook page, you can catch Story Teller Marc playing at Stonehenge! Nothing good can come of occult practices at a stone henge…

If you’d like to know more about Bre Wyn and Second Rate DMs, you can find them here: