I hold a BFA in commercial illustration from the American Academy of Art, Chicago. In 2016, I studied for a semester online with Rebecca Leveille Guay, and this coming fall I will be studying with Terese Nielsen for a semester as well. Both women have worked for a variety of companies, including Wizards of the Coast (Magic: the Gathering; M:tG).
My main job is working as a freelance illustrator, with a focus in traditional watercolor media, though over the last few years I’ve turned my attention towards fulfilling my own personal portfolio of work.

I started gaming at 19, about a year after I’d graduated from high school. I’d taken a summer job working at the local mall, at a kiosk right in front of a game shop. During the down time, or sometimes when I was off work, I would hang out with the guys in the store, who eventually started me in on games. I think the first game I played was Guillotine, and then I turned to learning M:tG after seeing the art on the cards. From there, I graduated to playing Star Wars: the Roleplaying Game (D6 system) with a home group, then a living campaign, before moving on to a bunch of other games from board, card, table top, and online. Once I graduated from college, I put gaming on the backburner to focus more on career networking and vending at shows (at least as far as conventions go; I still game at home).

Well, I have to admit that the art of both Brom and R. K. Post really got me to commit to pursuing art school. I had an idea that I could create pieces for the game industry, but it wasn’t really widely acceptable to my instructors in college. I did have a lot of support from my local gaming community though (which I was heavily steeped in at the time). I started attending conventions, and some of my gamer friends knew people in the industry. My friend, David, introduced me to an art director at a convention, and that really got me started.
I also shifted away from gaming at big conventions, instead showing my work to professional artists in either the artists’ alley or the art shows. It really helped encourage me, and give me a fairer idea of possible goals than I was getting from my instructors at the time. I am glad to say that, over time, that networking relationship has evolved into friendship with a number of artists and art directors.

My very first professional job came to me in my senior year in college. I met and got a portfolio review from Fred Hicks of Cryptic Studios/Hero Games, and a few short weeks later I’d signed on to do work for the Champions RPG. I worked on three of their villain sourcebooks, creating character vignettes from some of their designs. It was a lot of fun, especially since at the time I was very into pin-up art, so the villains I was given to design all had that quality to their poses. I am very thankful to have been given that opportunity to see what I could do on a professional level.

I just finished up a few pieces for Red Thread of Fate (an upcoming board game from Chaosium, Inc.), providing five character pieces in my signature style. It was very fun, especially since the game involves Japanese folklore, and since I’m currently living in Japan, it’s very hard not to find inspiration all around me. 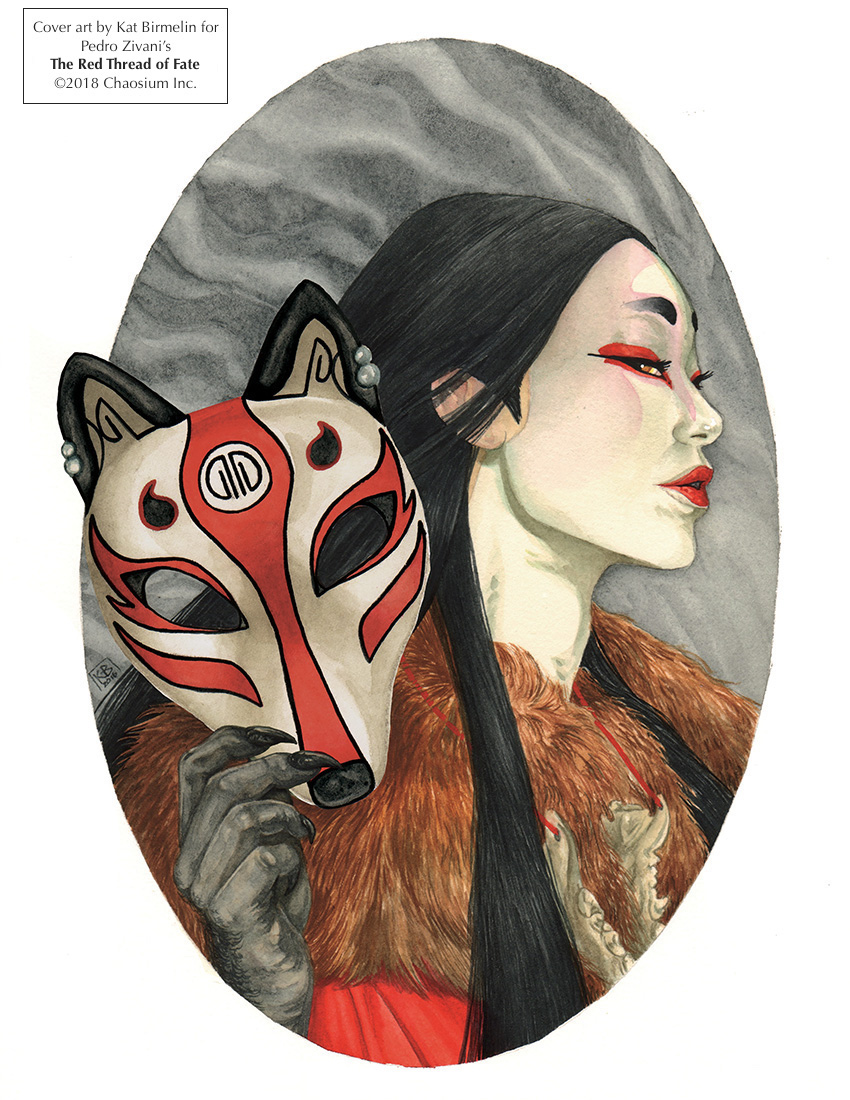 To date, my most challenging project was creating art for Spirit Island, by Greater Than Games. I was contacted to do a rush job right as we were in the middle of putting our house up for sale, getting all packed up for our move overseas, and also right before my last convention for the year. Needless to say, it was very stressful, but ended on a high note as they are one of my favorite clients now.

Actually, the work I just turned in for Red Thread of Fate has been my favourite to date. Usually when I’m contacted for work, I need to work within style guides laid down by the company, and when I’m not constrained by style guides, I’m often given subject matter that doesn’t really interest me or that I care to include in my online portfolio. It was very refreshing to be contacted to create pieces in my style and of subjects that I do have an interest in, so I’m very much looking forward to seeing the final result.

I would say that my dice collection is modest(?) All in all, I probably own just under 100 dice (granted, I played D6 for a long time, so most of my dice are D6s). As for stationary… Well, it’s been difficult not to fall in love with collecting any of the millions upon millions of options out here in Japan. I do use my stationary, though, and I love sending traditional letters. I keep in touch with family that way, and even have a few pen pals.

Pizza and chips are probably pretty common, but I think one of my big snack items is Ring Pop candy. I like having something to tide me over without mucking up my fingertips.

10. What’s the most unusual/exotic location you’ve gamed in? Or that one of your games has been played in

Hmm, I’m not sure I have played in any strange location. I’ve never really thought about it until being asked now, and all I can say is that maybe I can convince some friends to plan a game night on Mt. Fuji!? 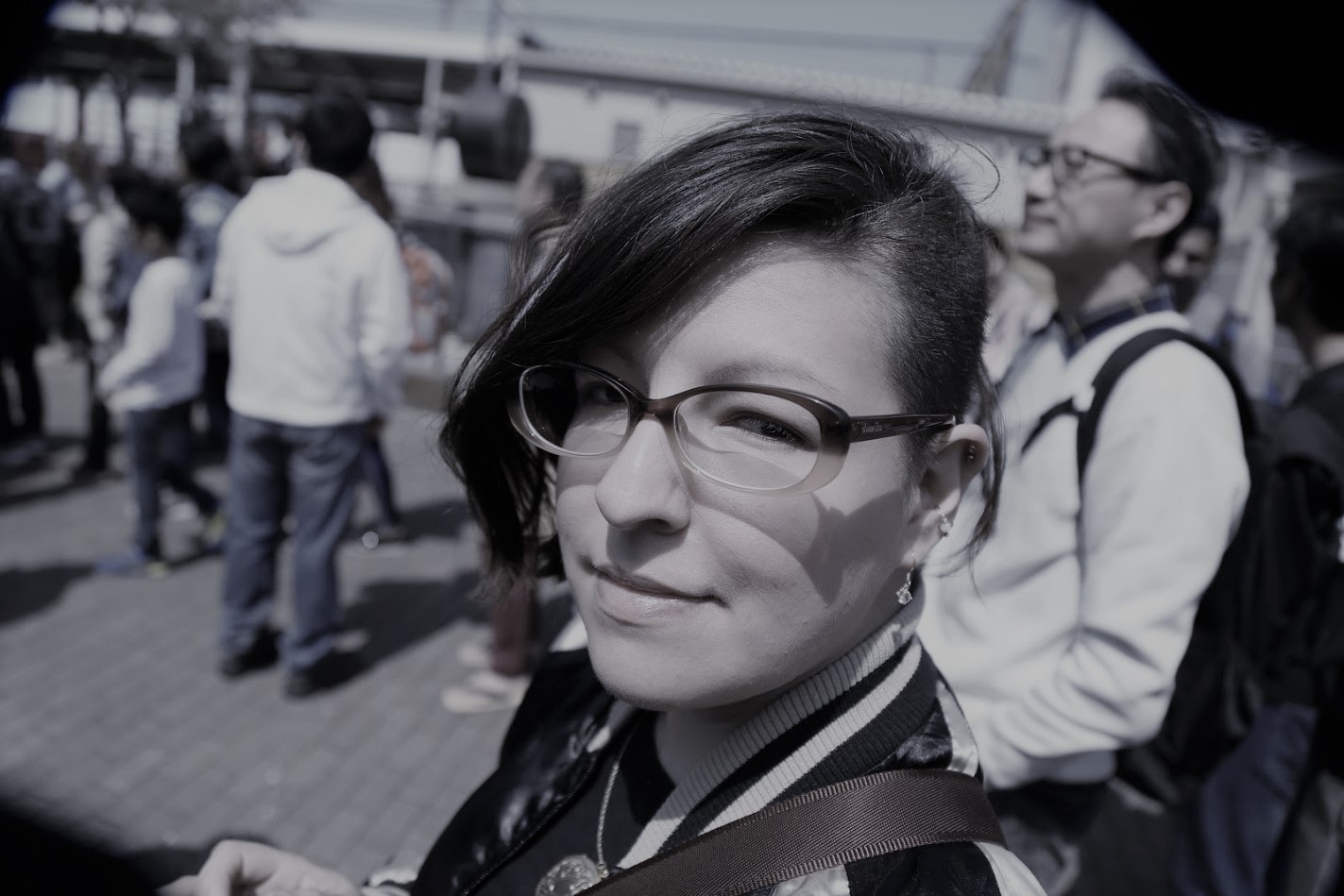 Bio: Kat has been creating art since she was a child, and her craft has progressed and changed just as much as she has since then. Working in traditional watercolor media, Kat pursues subjects that cover a spectrum of mythologies, and is focused on capturing the feminine in fantasy.

She grew up in Elgin, Illinois and attended college in Chicago, where she received her Bachelor of Fine Arts degree at the American Academy of Art. As an illustrator, Kat has worked for the game industry, and has also mentored under one of her biggest inspirations, artist Rebecca Leveille Guay, via SmART school.

Kat currently resides in Fussa, Japan alongside her husband and two Jack Russell terriers. She endeavours to continuously expand her portfolio of heroines, witches, and queens.