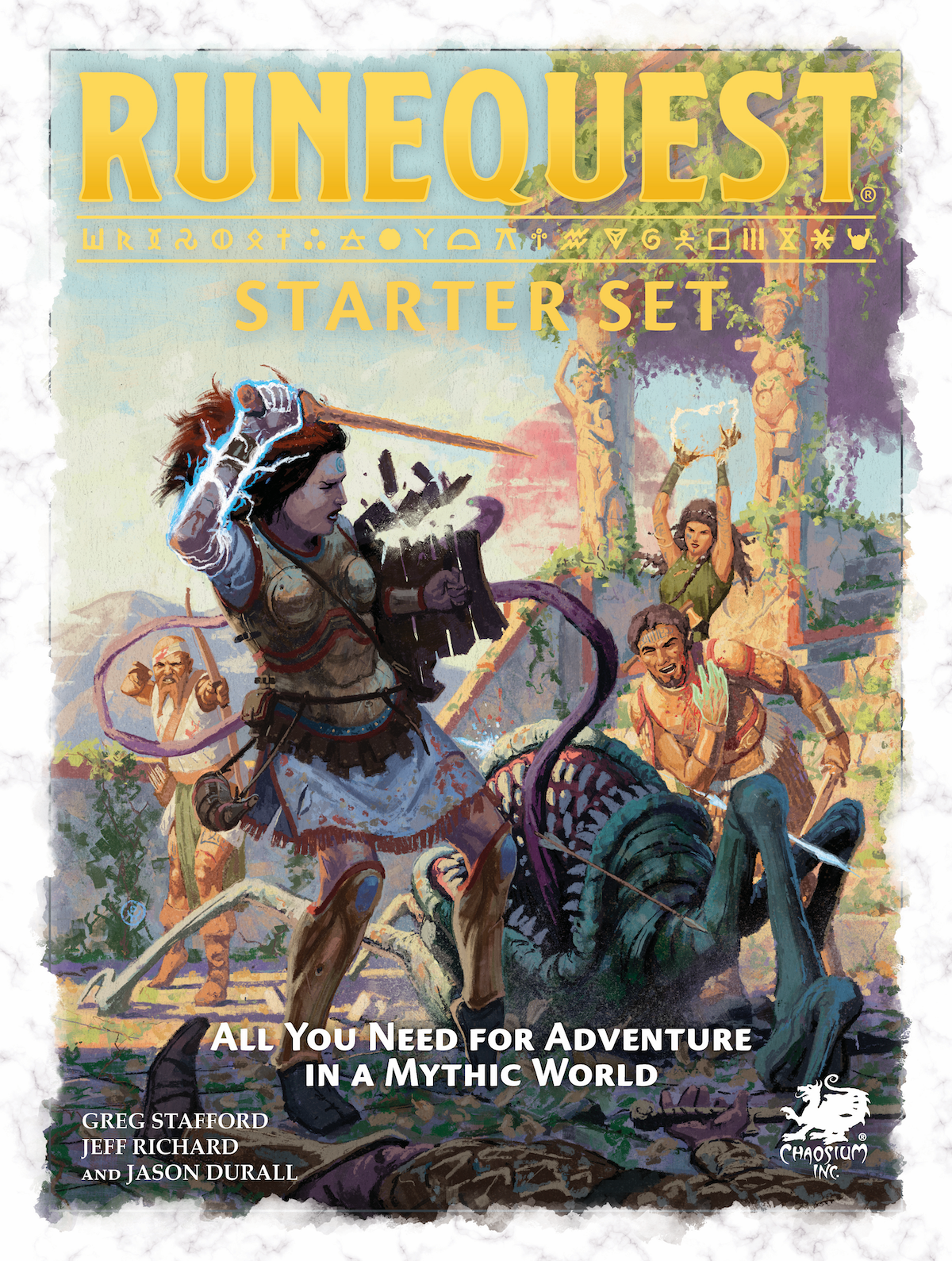 In the six months it's been out, critics and fans alike have heaped praise on the RuneQuest Starter Set; here are yet more reviews doing just that :

Get your own copy of the RuneQuest Starter Set! USD$29.99, price includes PDF:
https://www.chaosium.com/runequest-starter-set